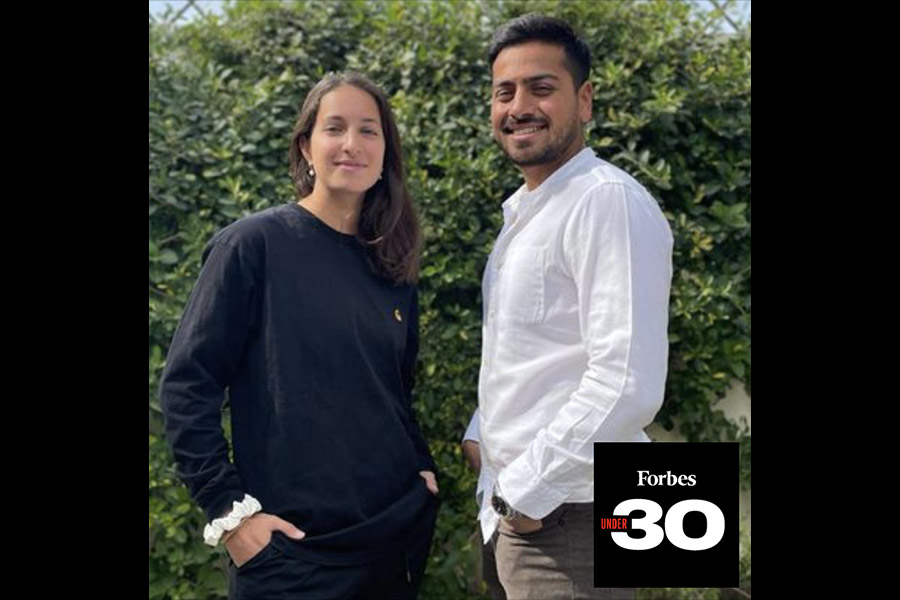 Every year, thousands of nominations and recommendations come in from former Under 30 alumni and industry experts, who review young innovators and prepare the lists. The list of Forbes 30 Under 30 features young innovators for their professional endeavors that directly positively impact society and bring about a change.

This year, 14 Pakistanis have been featured on the list under the above-mentioned categories.

Siddiqui is a producer based in Lahore. At the mere age of 11, he started producing English-language electronic music. 5 years later, he is an independent artist.  Abdullah has appeared on Nescafé Basement and was also a part of the PSL anthem for Peshawar Zalmi.

He has written and produced music for some notable singers in Pakistan, including Fawad Khan, Meesha Shafi, Shamoon Ismail, and Aima Baig. 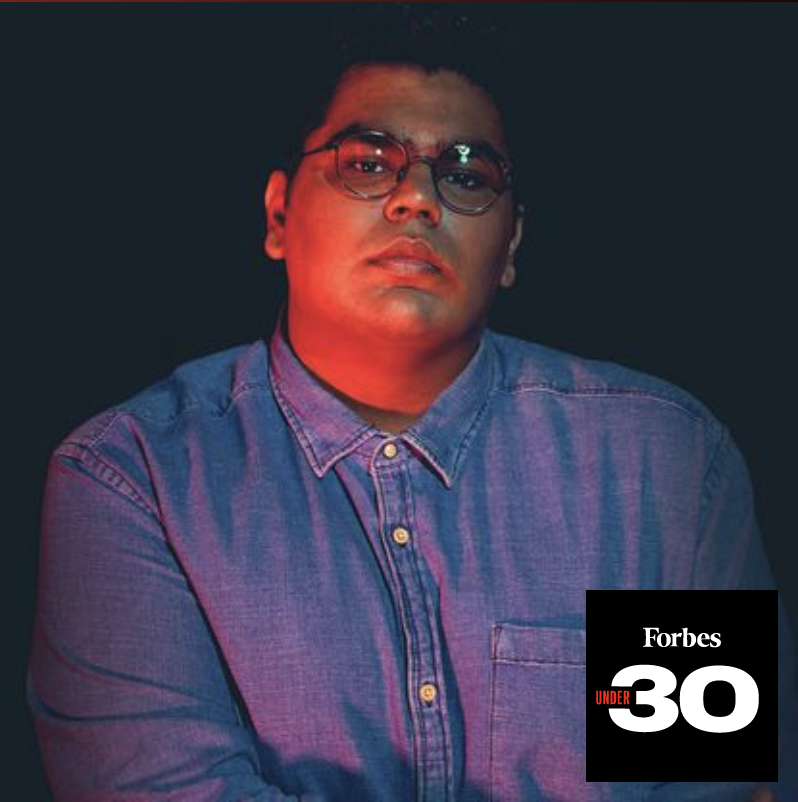 Misha Japanwala, a Pakistani visual artist and designer, addresses women’s issues in the country, such as domestic violence and honor killings. Her honorable works included a collaboration with supermodel Gigi Hadid last year. She designed a sculptural mask for a special issue of V Magazine that the supermodel guest-edited.

In 2018, Vogue Spain featured Japanwala’s collection of breastplates and other wearable body castings modeled by French model Cindy Bruna in a six-page spread. 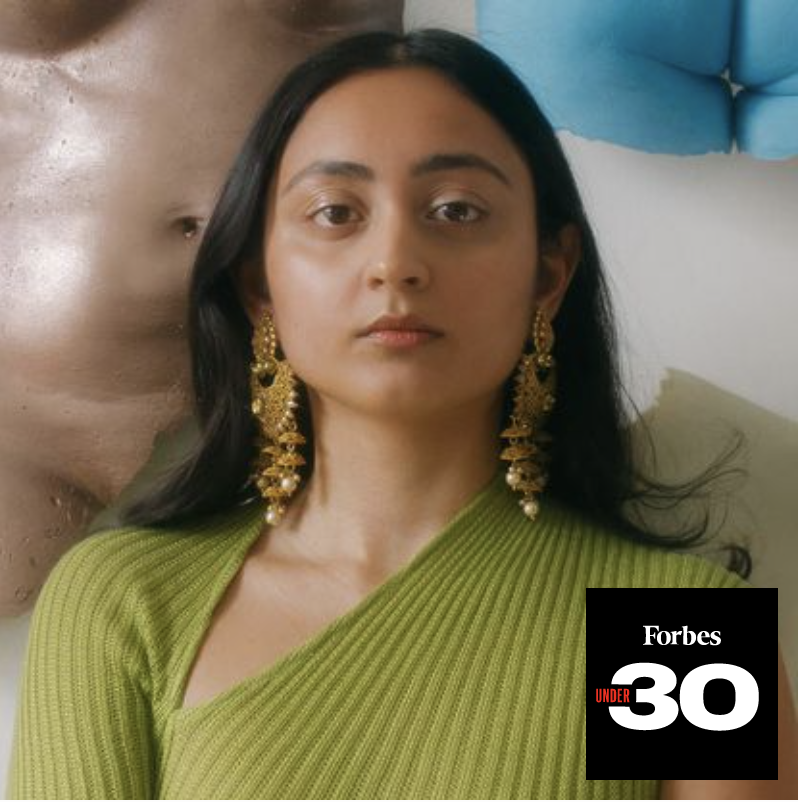 Shayan from Islamabad is the managing director of Eikon7, which is a digital and advertising marketing agency based in Pakistan, Romania, Rwanda, and the U.A.E. He also looks after the Eikon7 subsidiary, Trademors that assists small and medium-sized businesses with sales and marketing on e-commerce platforms like China’s Alibaba. 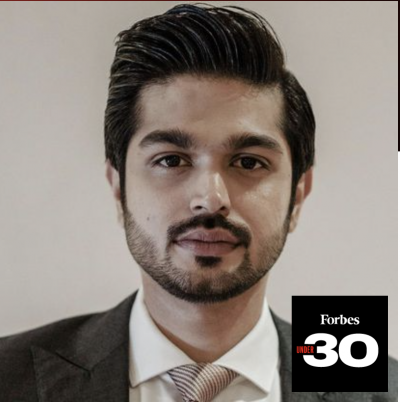 Iman and Hasib are the co-founders of CreditBook, an app that assists small business owners in controlling their finances by tracing cash received and payments pending with electronic payment notices sent out to consumers.

The husband-and-wife duo managed to get on board 250,000 users. They also managed to raise $175,000 in pre-seed funding from investors in Pakistan’s financial and retail sectors within six months. 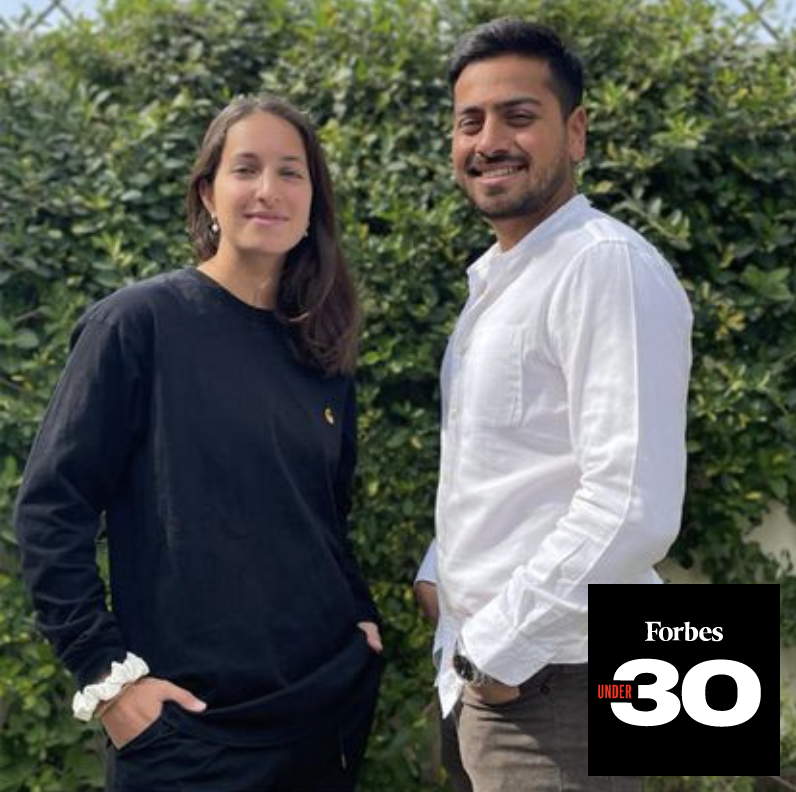 British-Pakistani Amna Akhtar, the co-founder of Girl Dreamer, has been featured in Forbes 30 Under 30 List in the Social Impact category. Girl Dreamer is a digital platform that caters to personal and professional development programs for women of color. Over 12,000 young women of color turn to the platform for personal and professional development programs. 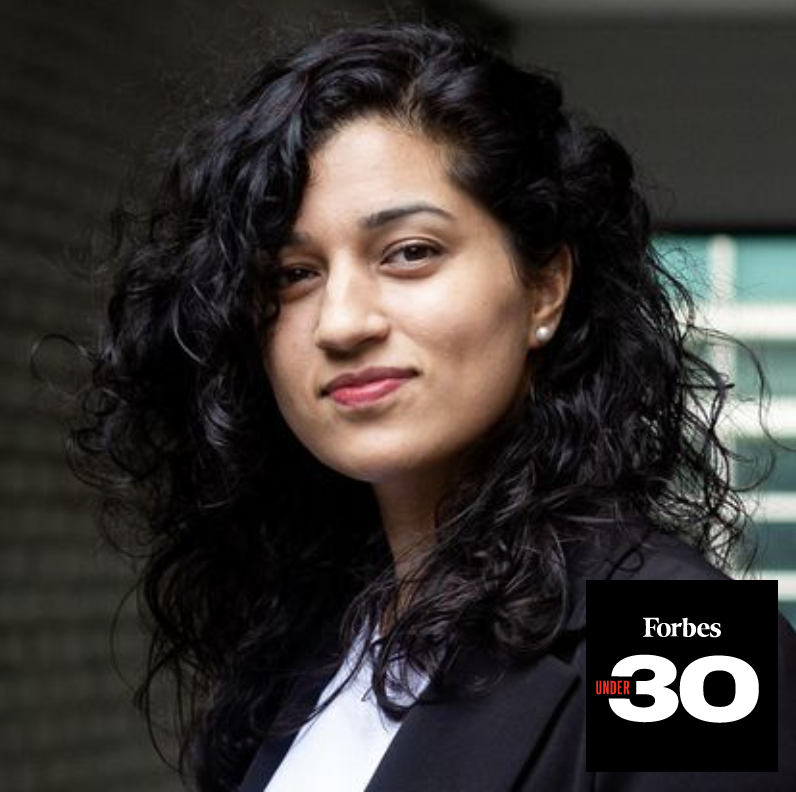 Siddiqui, Malik, and Khalid are co founders of ModulusTech, which offers an innovative flat-packed house. This can be set up within a day by three people using simple hand tools. Their alternative installation produces 50 times less greenhouse gas emissions compared to concrete buildings.

This initiative has also been recognized by the United Nations, Global Cleantech Award, and others. They have also received funding from the Islamic Development Bank and other international NGOs. Apart from that, some angel investors have also funded the initiative. The company’s motive is to provide homes to the poor, displaced, or homeless people. 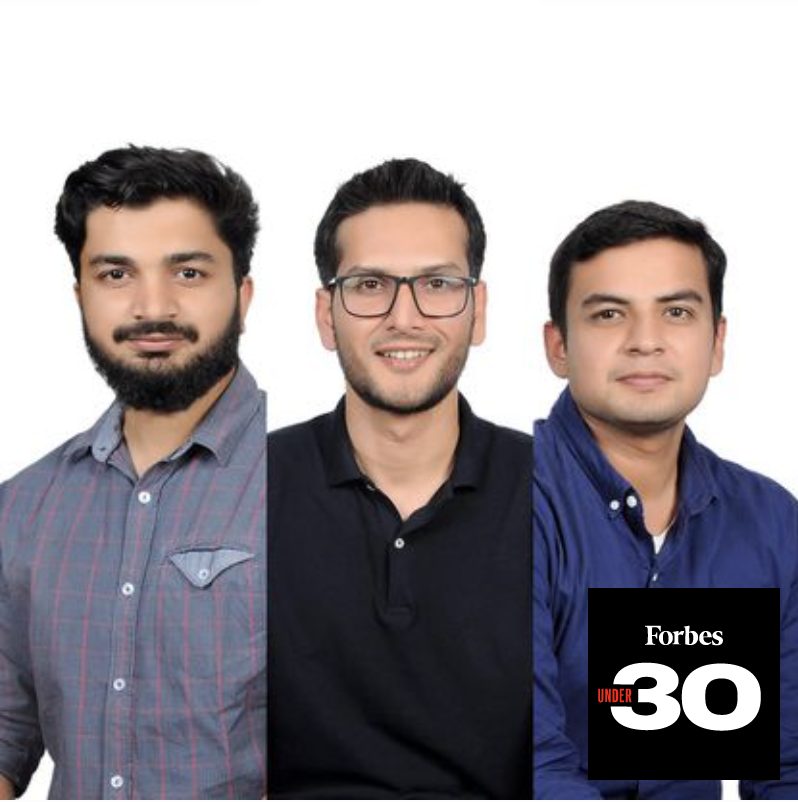 In June 2020, when the pandemic killed more people than ever in Pakistan, Saad and Hamza co founded Bazaar, a B2B e-commerce platform. This app connects 12,000 mom-and-pop grocery stores to wholesalers, manufacturers, and suppliers. The duo already has 300 employees on board. 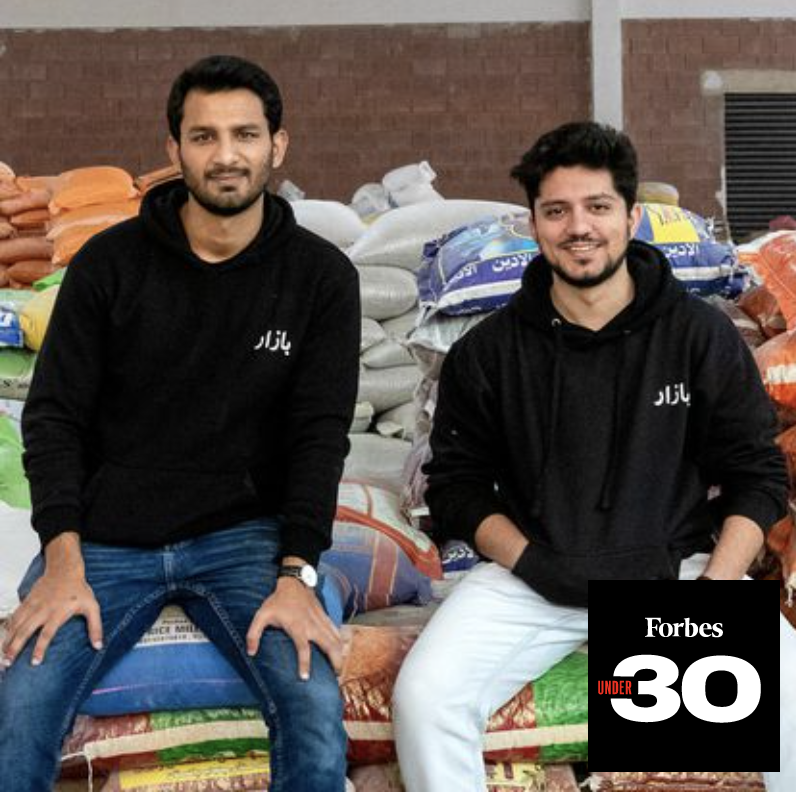 Owais Qureshi and Zohaib Ali set up a B2B retail marketplace, Dastgyr, in Pakistan at the beginning of the lockdown in 2020. The duo invested $300,000 in their startup. The initiative focuses mainly on resolving inventory procurement challenges for more than 2 million retailers across the country.

Customers can purchase inventory from more than 2,000 products listed on the app and provides next-day doorstep delivery, as well as microloans. Within a couple of months, the enterprise had shipped thousands of orders to more than 30,000 users across major cities in Pakistan. They have also raised $3.5 million from SOSV and other global investors.

The two were working on Airlift before the pandemic hit the world,  a mass transit startup that in November 2019 raised a record $12 million in Series. 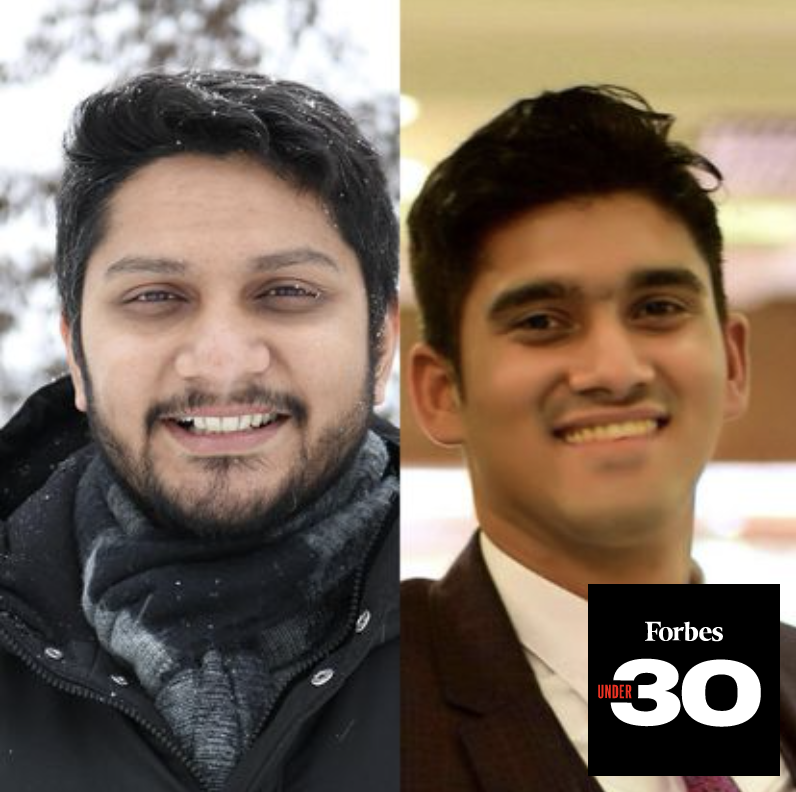 Zia is a product manager based in Lahore, Pakistan. Her latest achievements include her work as a product manager of Pakistan’s pandemic tech response under the Digital Pakistan initiative. During the pandemic, a Whatsapp bot was set by her that spread awareness in seven languages that connected to 500.000 users. These were endorsed by Sheryl Sandberg, who is the Facebook COO, as well as a ringtone set up to spread info about COVID-19 which has been heard by 113 million Pakistanis. She is also involved in growing the Health Ministry’s Facebook page a hundred-fold to 1.8 million followers.

She was recognized for her efforts by the PM of the country with a WHENTK award. She studied computer science and psychology at Yale University and formerly worked as a Google product manager with several patents under her name. 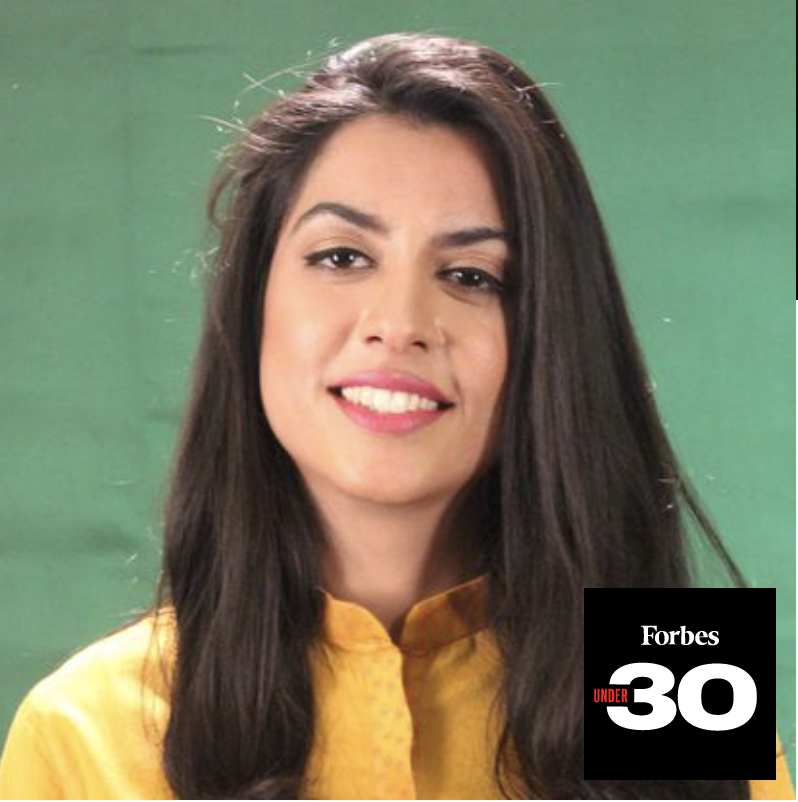