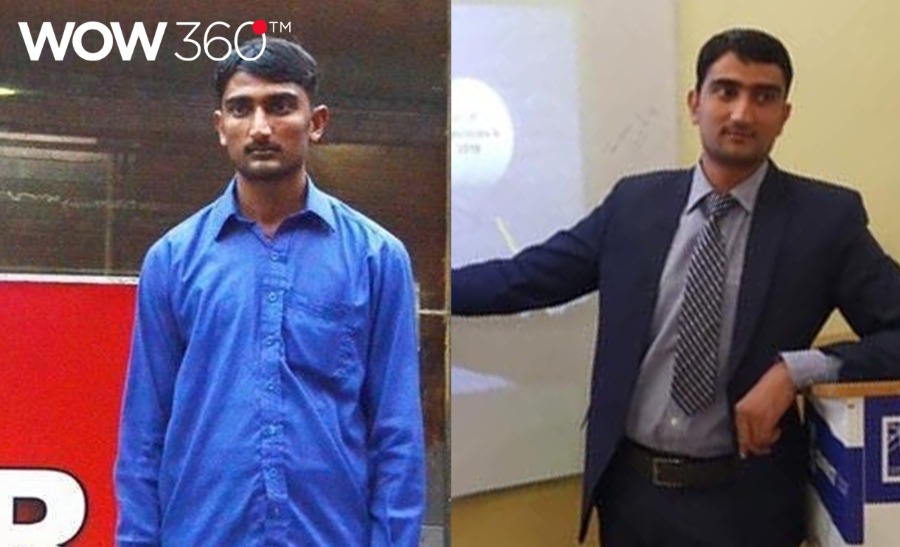 We all know how little kindness can change people’s lives, but we rarely come across people such as Ansar Ali, whose story will fill your heart. Ansar was a waiter at a restaurant in LUMS, who left his education at an early age to make ends meet after the sudden demise of his father.

The students discovered him during their project – Humans of LUMS. This is where they got a chance to sit down and talk to Ansar and learn about his struggles. Ansar left education after completing 9th grade, even when he took a keen interest in education.

Back in 2013, when I was still a student at LUMS, the LUMS Photographic Society was doing a series of profiles on people on campus titled 'Humans of LUMS'. This photo was a part of that campaign, along with the following interview in the caption: pic.twitter.com/Vero3oBFKJ

The students asked him if he’s ever pondered upon the idea of going back to studies? To which he says that it’s too late for him now. He mentioned to the students that sometimes he gets to meet his classmates, who have completed their education, are currently employed, and have better jobs.

A Parting Gift By The Students

I sat down with him one night at Zakir, over some Chicken Madrasi, and told him what we were thinking. His excitement was tinged with the trepidation that comes with something that seems (understandably) too good to be true. So I asked him what it would take.

Fast-forward 2 years, a student at LUMS, Salaar Khan, now a president of the student body, decided with other students to send him back to school, a parting gift to the campus community. In a tweet, Salaar wrote: “Fast-forward two years. I was President of the student body & as our tenure drew to an end, we were mulling over a Parting Gift (a loose tradition where the graduating batch would sometimes give back to the campus community). We decided we were going to put Ansar back in school.”

There were plenty of challenges on Ansar’s way to complete his bachelor’s degree from Szabist, including being out of school for too long, proper command in English, fees, finances back home, etc. The students together set a GOFUNDME for Ansar, which helped him immensely throughout his journey. The student body also collected money on campus.

We set up a GoFundMe account and put up donation boxes all over campus. This picture was taken by the Photographic Society in the same spot where that first shot was taken. A week after, Ansar quit his job at Zakir.

Ansar was going back to school. pic.twitter.com/ZqpqX4GX1A

He completed school at first, then college, and then later on enrolled into a University. He got enrolled in BS in Accounting and Finance at Szabist Islamabad and is all set to complete his degree after eight years of pushing his boundaries.

Needless to say, Ansar has come a long long way. And none of this would have been possible without the generosity and support of countless people along the way. But there's one more step – and that's where you can become a part of his journey.

British – Pakistani Amna Akhtar Featured on the Forbes 30 Under 30 List for her Digital Platform, Girl Dreamer