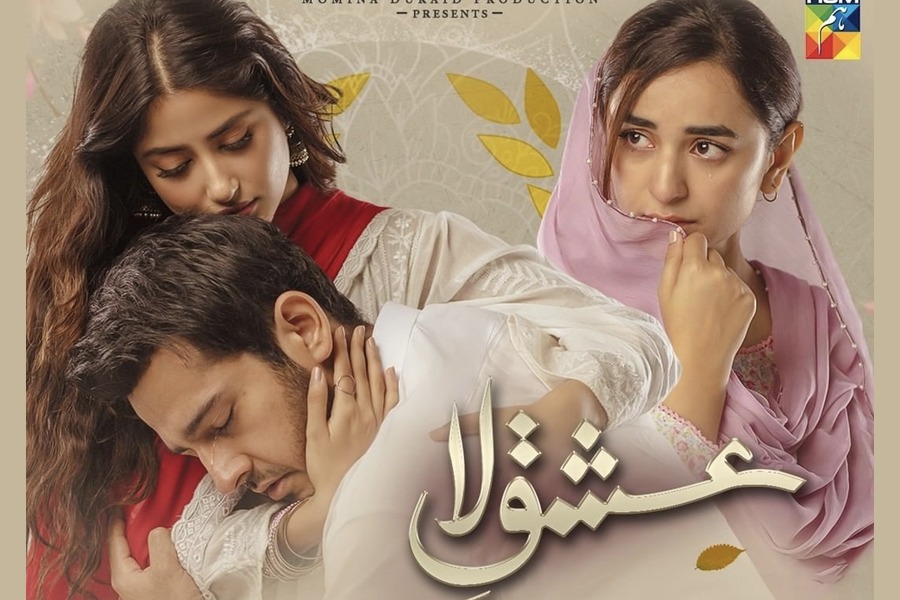 The line-up for the Pakistani drama serial for 2022 is pretty impressive. We are about to reach the end of the first quarter of the year and already have pretty amazing drama serials on air, on various channels. While fans are glued to the tv channels due to the fact that they like the narrative, many also have OSTs of these dramas on repeat, day and night.

Let’s say there’s a whole different fan following for Pakistani drama OSTs for being so soulful, profound, and full of emotions. Most of the time, these are sung by local singers who are appreciated for their music widely in the country.

Amanat is a Pakistani drama serial on air on ARY Digital. The show began in 2021 but is still going strong in 2022. The OST of this drama serial is sung by Nabeel Shaukat and Aima Baig. The lyrics are by Qamar Nashad, and the composer is Naveed Nashad.  This Pakistani television series is produced by Samina Humayun Saeed and Sana Shahnawaz under the banner of Next Level Entertainment in collaboration with Six Sigma Plus.

Berukhi is another drama serial that began in 2021 on ARY Digital and is about to end in 2022. The series is produced by Abdullah Seja under the banner iDream Entertainment. It is directed by Mohsin Mirza and written by Ghazala Naqvi. The singer of the OST title is Rahat Fateh Ali Khan, while the lyrics are by Mubashir Hassan.

Another ARY Digital drama is ongoing and has released 26 episodes until today. The composer of the OST for this drama serial is Asim Raza. The singer is, yet again, Rahat Fateh Ali Khan featuring Sehar Gul Khan, and the lyrics are by Asim Raza.

OST for Hum Tv drama serial Ishq-e-laa has been making rounds due to the singer Adnan Sami Khan’s son, Azaan Sami Khan. He has not just produced the music and written the lyrics for the OST but is also the lead character in the drama serial starting Sajal Aly and Yumna Zaidi. The music producer for the OST isIshan Chabbra.

Dobara is yet another drama serial that has impacted the audience so much as it brings forth a taboo in our society, a topic never seen on Tv before. It has initiated a conversation among the masses and garnered a great fan following for the drama serial and the OST. The singer for Dobara’s OST is Sehar Gul Khan & Shuja Haider, and the lyrics were by Imran Narmi and Shuja Haider.

Another masterpiece by Rahat Fateh Ali Khan – Dil e Momin’s OST is soulful and full of emotions. The show features Faysal Qureshi, Momal Sheikh, and Madiha Imam in lead roles. It was aired in 2021 on Har Pal Geo and is still running.

Aye Musht-e-Khaak featuring Sana Javed and Feroze Khan in main leads has recently been criticized for showing violence on tv. The show has since garnered a following for its narrative and its OST sung by Shani Arshad, Yashal Shahid, and the lyrics are by Sabir Zafar.

A crowd favorite featuring all our favorite actresses, Sinf e Aahan has garnered quite a reputation quickly. Its OST sing by Asim Azhar is melodious. The lyrics are by Hassan Ali, Asim Azhar, and Ahsan Talish.

Another crowd favorite, due to the presence of favorite singer Atif Aslam is the show. The OST is sung by Aslam himself, the lyrics are by Fatima Najeeb, and the show’s writer is Mustafa Afridi. The show was produced by Momina Duraid and directed by Saife Hasan.

Another drama serial from ARY Digital is loved by fans. The OST of the drama serial is sung by Rahat Fateh Ali Khan. Composed by Waqar Ali, and the lyrics are by Sabir Zafar. The show is produced by Fahad Mustafa & Dr. Ali Kazmi and is directed by Aabis Raza.