Sunday, June 26 2022
Top Posts
3 DIY Hotpot Recipes You Can Make at...
5 Tips to Keep Your Hair Sweat-Free During...
Fawad Khan to Make Debut in Ms Marvel...
“Women Can Accomplish Anything They Set Their Mind...
TikTok Releases First Album of Viral Hits
Mehwish Hayat Makes Her Debut as a Djinn...
‘Girls are No Less Than Boys’ Says Pakistani...
Punjab Government to Provide Scooties to All Female...
Is Akshay Kumar’s Upcoming Film ‘Raksha Bandhan’ a...
On This World Music Day, Spotify Celebrates K-Pop...
Business 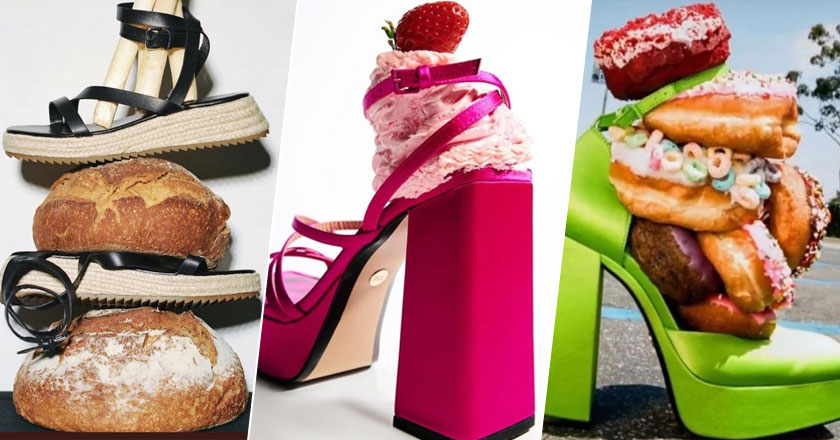 The global hunger crisis is a real and severe issue. According to the World Bank Group’s  Global Report on Food Crises 2022 food security update, all previous records have been broken. This means that close to 193 million individuals around the world are acutely food insecure, 40mn more than the previous year.

Without realizing what the response will be, Zara Turkey rolled out a new social media campaign titled #ZaraHaddiniBil, which means “Zara know your place” in the local language. Since its release, the campaign has received massive backlash in an uproar on different social media platforms.

Zara of being “insensitive” to starving people who are struggling to access food. while Zara is known for its out-of-the-box advertisements and campaigns, social media users think the unapologetic brand has gone too far this time around.

Here’s how they reacted:

One Twitter user writes – ‘bread is sacred. Everything, that keeps us alive, is sacred. What is your purpose ???? I AM NOT GONNA BUY ANYTHING FROM ZARA ANYMORE. THIS IS TOO MUCH!!!!!

@ZARA bread is a sacred. Everything ,keeps us live, is sacred. What is your purpose ???? I AM NOT GONNA BUY ANYTHING FROM ZARA ANYMORE. THIS IS TOO MUCH!!!!! #boycottzara #zarahaddinibil #ZARA pic.twitter.com/t21ElLyqIW

Another wrote – ‘what kind of ad is that !!!! There are people around the world who are starving from lack of food and you’re playing around with it!!’

#boycottzara what kind of add is that !!!! There are people around the world are starving from lack of food and your playing around with it !! pic.twitter.com/u5V6Husb1G

‘It’s not a fashion or a style. Such a product cannot be promoted when millions of people are struggling with hunger. Bread is sacred. It was your brand value that was trampled underfoot.’ Shared another user.

It's not a fashion or a style. Such a product cannot be promoted when millions of people are struggling with hunger. Bread is sacred. It was your brand value that was trampled underfoot. #zarahaddinibil#boycottzara pic.twitter.com/5bAaHST5Oy

Disrespecting food in the name of the advertisement. Is this a concept even? SHAME!

Disrespecting food in the name of advertisment. Is this a concept even ? SHAME ! #Zara pic.twitter.com/0u6GSOubSn

The campaign photos are terrifying, putting food like doughnuts, and bread inside of the shoes you are selling. Horrible.

The campaign photo’s are terrifying, putting food like donuts, bread inside of the shoes you are selling. Horrible. #ZARA @zara @ZARA_Care

As of now, Zara Turkey has not issued an official statement in regards to the outrage that has been stirred on social media. On the other hand, the Pakistani brand Jam-e-Shirin also remains in the spotlight after a controversial interview of Dua Zehra in which the rose drink was placed in the frame as if it were a paid advertisement.

The brand took it to their official social media to state that they do not have any connection to the host or Dua Zehra, and that they will take the appropriate action needed moving forward as their reputation is now at stake.

What are your thoughts on the campaign? Share them with us in the comments.