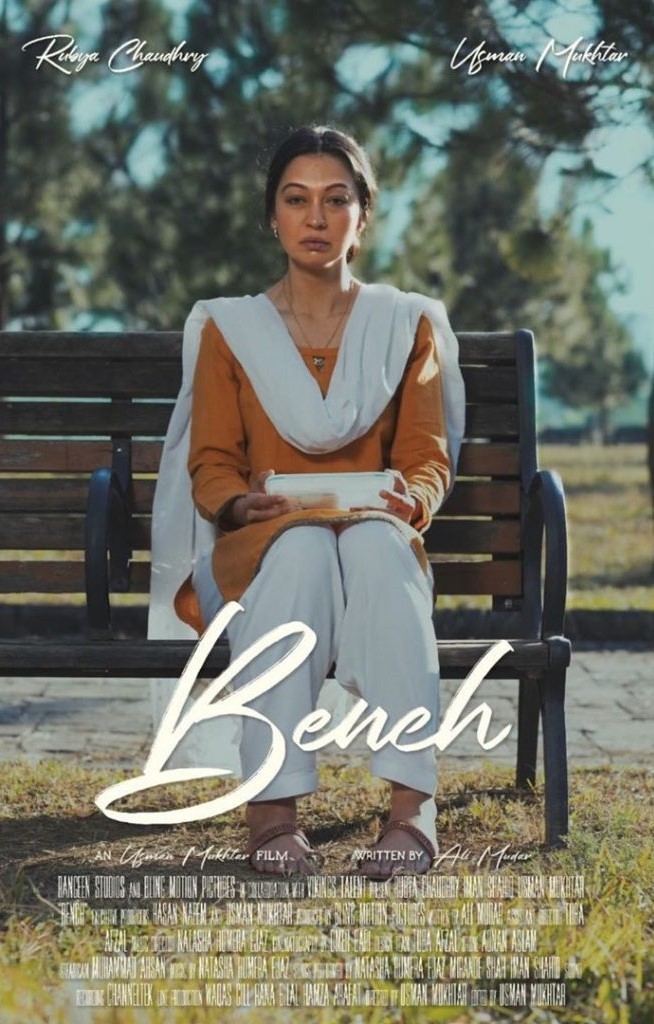 Turning heads towards his sheer craft, and adding another milestone to the film industry, the very talented and charming Usman Mukhtar’s short film “Bench” has won the best short film award at the South Shore Film Festival, New York.

The actor turned director and cinematographer has added another feather to his cap by achieving this goal as a Pakistani filmmaker. The talented actress Rubya Chaudhry is worthy of praise for her impactful on-screen presence and strong dialogue delivery.

Usman Mukhtar, upon receiving this prestigious honor, turned to Twitter to express his joy. He tweeted;

Many celebrities then congratulated him upon this success

Congratulations, broski! When do we get to watch?

The dialogue- centric film was submitted to several film festivals internationally, such as the Toronto Film Fest, Cannes, and Busan to name a few. However, the movie wasn’t screened due to COVID-19, rather the judges watched it online and gave a final verdict. Must have been inspired by the strong concept and unique portrayal of life and decisions in the movie!

Usman Mukhtar took to Instagram, expressing how grateful and delighted the team is over this win.

I do not have words to explain my happiness with you. This is all because of the hard work and dedication of everyone attached to the film, the entire team. This is our first win so I am going to be very emotional. Since as long as I can remember I’ve wanted to be a film maker. Starting from those vhs cameras to right now. Winning this makes me feel that all the hard ships that I went through, meant something. Thank you all for your support and I cannot wait to share the film with you all. With your prayers, there will be more to come. A very special high five to my co star @rubyachaudhry who is the heartbeat of this film. #bench #southshorefilmfestival #filmfestivalwinner #bestshortfilm

The trailer for the movie “Bench” was released on Youtube last month. The 1 minute 46 second trailer features Rubya Chaudhry as the titular character in the movie. In the trailer Rubya is seen walking towards a bench after buying 2 packs of cigarettes.

Her strong and impactful acting skills are portrayed when she gives a monologue to the audiences, talking about the hard decisions and regretful choices she made in life and how she would want to rectify them.

Before winning, when the trailer was released last month, the filmmaker described the movie’s foundation being life’s uncertain and unpredictable nature. There are many decisions you make in life, many paths to choose from, but in the end it all comes down to you being alone with them.

Donning a simple shalwar kurta and wearing close to no-makeup, Rubya walks while talking to the camera eye and says:

“For people who are lucky, the choices they make turn out to be life defining moments for them”

but if you’re unlucky, it’s you who suffers the pain alone, and time returns for no one.  she ends with a powerful phrase- we are defined by the chances and risks we take in life. And it’s never too late to take them!

“Very rarely is making the right choice easy (in life). This occasion is no exception either,” reads the YouTube description.

The movie looks very different from the mainstream plots and stories and the trailer looks promising enough. This sure is a well deserved win it seems. Well we are truly happy for Usman Mukhtar and the entire team of Bench.

What do you think of this news and the movie itself? Will you be watching it, because I sure will! Let us know in the comments section below.