Sunday, June 26 2022
Top Posts
3 DIY Hotpot Recipes You Can Make at...
5 Tips to Keep Your Hair Sweat-Free During...
Fawad Khan to Make Debut in Ms Marvel...
“Women Can Accomplish Anything They Set Their Mind...
TikTok Releases First Album of Viral Hits
Mehwish Hayat Makes Her Debut as a Djinn...
‘Girls are No Less Than Boys’ Says Pakistani...
Punjab Government to Provide Scooties to All Female...
Is Akshay Kumar’s Upcoming Film ‘Raksha Bandhan’ a...
On This World Music Day, Spotify Celebrates K-Pop...
FeaturedMovies 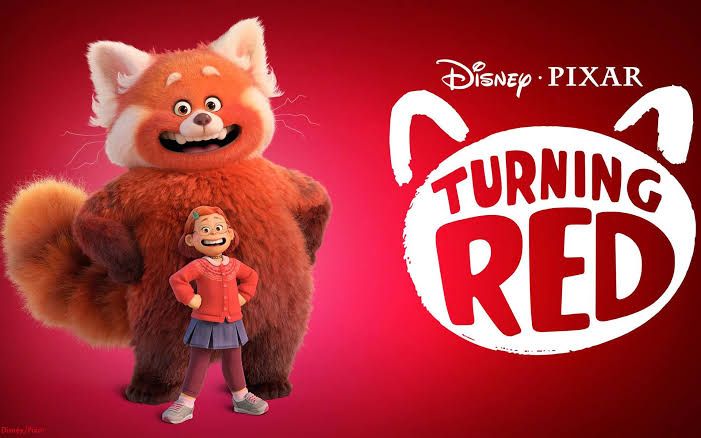 Pixar Studios wants to break the taboo by telling the audience what a girl goes through during puberty. The film was released globally on the 11th of March on Disney +, with the film also screening in cinemas in fewer countries.

The main character, a young girl, Meilin Lee [Character voiced by Rosalie Chiang], is the one who goes through puberty in the movie. She is shown as a confident student excelling in life until she goes to bed and wakes up as a giant red panda.

The character of the giant red panda, which Meilin has turned into overnight, depicts how she feels during menstruation and about puberty overall. Through the character, many pubescent teenagers’ experiences such as new hair appearance, body dysmorphia, embarrassment about sexual feelings, and heightened emotions are illustrated.

Check out the teaser for the movie ‘Turning Red’ below:

Grey’s Anatomy actress Sandra Oh has done the voice-over for Ming, Meilin’s overprotective mother. She said it is essential that children understand puberty and what happens during it rather than suffer in silence. “A friend of mine who saw this film with their 10-year-old son suddenly had to have a conversation about sexuality and what is it that girls go through. Girls go through this, and then boys will go through this, so it opens up a conversation.”

Sandra also made a point that the film wouldn’t have happened if female voices were not brought forth in Hollywood.”The fact that it exists and that’s the primary focus is how you can feel that things have changed,” she said.

Soul Sisters Pakistans’ Kanwal Ahmed’s taboo-busting talk show, Conversations with Kanwal, was saved by fans as finances looked inadequate for the third season of the show. The groundbreaking digital show talks about taboo issues that still persist in Pakistan’s society such as cyberbullying, femicide, martial rape up to date. An online crowdfunding platform was used to raise money for the third season Much to everyone’s surprise, more than five million rupees were raised ..