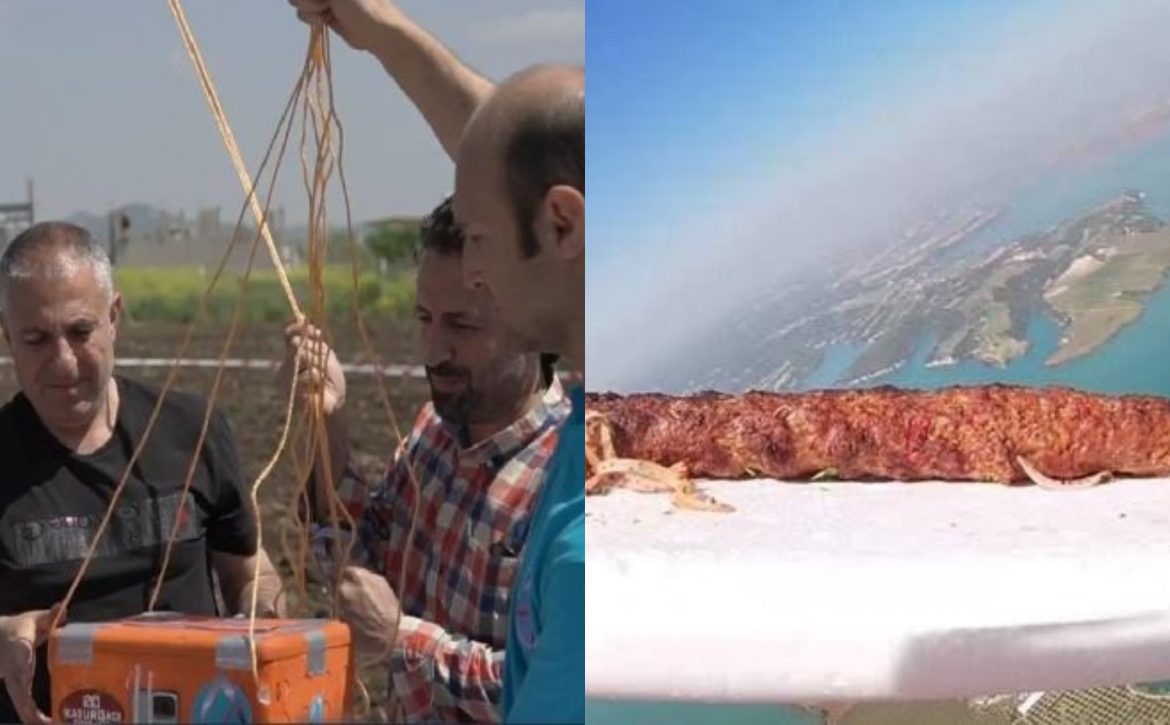 Even though it was a failed effort, the kebab enthusiast received recognition online for his efforts driven by a celebratory occasion; 61 years to Soviet cosmonaut Yuri Gagarin when he became the first person to orbit the Earth in 1961 (12th April). The achievement was a major milestone in the space race.

This Turkish restaurant owner who sent a kebab up into space and celebrated with a preposterously ostentatious fireworks party is why I’m on Twitter.

This Turkish restaurant owner who sent a kebab up into space and celebrated with a preposterously ostentatious fireworks party is why I'm on Twitter.https://t.co/emfFTjHlsS

The restaurant owner attempted to send out a spicy Turkish Kebab in space to celebrate Gagarin and the International Day of Human Space Flight created in his honor as his contribution to the exploration. Perse, as an experiment, the restaurant owner set the kebab on a tray and tied it to a parachute.

With help from local entrepreneur Idris Albayrak, a space engineering student, Aydin sent “pipe kebab into a special box, designed to endure the extreme temperatures it would face on its journey towards the heavens.”

To record the expedition, he also attached a GoPro camera with it. This kebab space flight also had a Turkish flag as well. The tray was tied to a large helium balloon so it could ascent into the space. The tray continued its journey to an altitude of 25 miles and began descending from here onwards. It soon landed in the sea off Turkey’s southern coast.

Here’s How Pakistanis Can Invest in Turkey to Obtain Turkish Citizenship. Read the full story here:

Turkey has become a popular destination for Pakistanis in recent years, whether for travel purposes or higher education. Interestingly, Pakistani nationals are also moving to Turkey and easily obtaining citizenship. New regulations set in the country allow all foreigners to become Turkish citizens. However, the only requirement is to invest in the country financially or purchase a property. Since 2018, many foreigners have obtained citizenship by following the same path.

Pakistani Girl Orphaned at Birth Grows up to Become a Senior Analyst at Nike, Tributes Bilquis Edhi for Her Care & Support