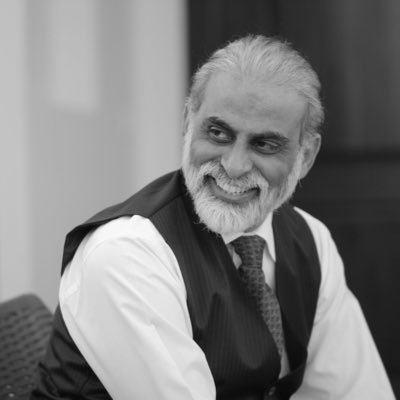 In recent news, a Punjab University Professor, Mr. Rana Eijaz Ahmad has claimed that men don’t harass women infact it’s the other way around, and he can scientifically prove it.

Yes, you heard that right! He claims that he has a logical reasoning behind this claim and is currently conducting a thesis on it- soon his research will be complete and he will be able to back his argument with a scientifically proven research that its actually ‘women who harass men’. Raising a series of arguments on social media, people, mostly females, are shocked to hear an educated and literate professor’s absurd viewpoint.

Here are his Tweets

1/2 Not only in Pakistan usually, but in whole world females harass males including male teachers and students. My thesis and strong argument are that it is only a woman who can harass a man, a man cannot harras a woman. I have scientific and logical reasoning behind my argument.

2/2 Historically speaking, Hazrat Yousaf AS example is with us. It may be the only example of harassment recorded in the Quran. I am writing a research paper on this harassment issue and want to dissolve this wrong perception that men harass women. The case is otherwise.

His Claim that Women are the ‘Harassers’

He believes that it is unfair to blame men as harassers and females as victims, when it’s women who are the actual perpetrators. According to him, the stereotype that only ‘men’ harass females needs to be challenged and his study will prove just that. He even quoted an example of Hazrat Yousuf A.S. implying how his beauty attracted female attention.

We can’t say that women haven’t or can’t be abusers- abusers are not restricted to a certain gender or age, but the ratio of females to males being harassed is way high in our country. Our patriarchal society feeds on male dominance and competence and looks for reasons and excuses to downgrade women.

Remarks likes these will encourage misogynistic men and give them a reason to justify their false accusations and sexist behavior, citing Rana’s work and scientific research. And that is the last thing we need right now!

Professor Ahmad’s statement and claims have been found repulsive and hurtful to the sentiments of females who are actual victims and have faced abuse and harassment at some point in their lives.

Being repulsed is an understatement for the sexist remarks made by the professor. Such notions and ideas feed the concept of ‘victim-blaming’ and discourage hundreds of assault and harassment victims from speaking up.

Many men agreed, supporting and justifying his claim, while women were just shocked and tried to end the bogus arguments. Some even questioned his state of mind and thought he might be confused and delusional.

Brilliant idea sir, I completely agree with you, because in any case woman is victim why? Woman exploit the situation in any time if she wants to develop a relationship then it's fine but if man shows his feelings then he is harassing the woman. What is the concept of harrasment?

Many mullah are trying to prove that
Earth is flat
Sun is circulating around the earth
So we call the researchers and can we debate ??

Meanwhile why don't you commission some research on this. Why Pakistani men are infamous for spamming British Pakistani women. Have a word uncle Ji. Thanks. pic.twitter.com/rRGeiJADfG

I have seen this kind of attitude all my life but generally, people try to pretend to be progressive. But he doesn't seem to need that. Such audacity, not a bit scared to share such views on social media.

My sister is studying Gender Studies in PU.She shared a paper written by a faculty member with me on the subject.Shocked to read it,it wz pathetic,one sided opinion,no rational approach.Unfortunately ths “scholar” views reflects majoritarian approach of our teachers & society.

Some replies were downright humorous!

His bio says he is interested in jokes . Well now this makes sense . Mai faltu mai apko bewkoof samajh rahi hai . Though you need to work a little on your sense of humour .

Sir I speak on behalf of all women everywhere, wallah none of us wants to harass you or be within a 100 mile radius.

Waiting for a spike in his following 😎

It is indeed a shock to see how men will go to any lengths to save face. It maybe true that females too have harassed men in certain situations but we cannot turn a blind eye to the hundreds and thousands of unwanted sexual advances females encounter in universities and workplaces in Pakistan. How men who rape and abuse roam freely while women are forced to keep their mouths shut, or fear being character shamed.

Harassment is not synonymous with any one particular gender, but the ratio of female victims is definitely high in the country, and no study can deny that.

What are your views on this matter? Let us know in the comments below.