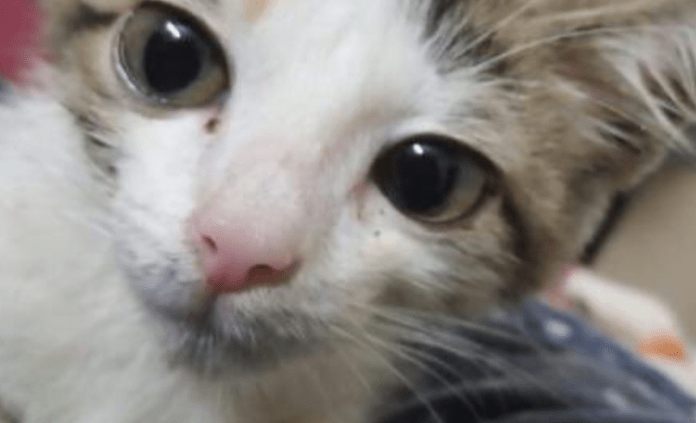 In a shocking turn of events, a kitten was allegedly raped in Lahore by a 15-year-old boy and his 6 friends and people are shook and horrified. This has been ongoing for over a week, and rumours are that this kitten was adopted by the boy’s family in Lahore.

The information regarding this horrific incident was shared by an NGO called JFK Animal rescue and Shelter on Sunday. Some, however, argue that the news is fake and an agenda by the owner of the animal shelter, to merely gain media and public attention.

It was reported that the animal abused was traumatized to such an extent that it couldn’t, sit, walk, eat or sleep, post the incident. The vets also recovered plastic bags and sperm samples from the animal’s body. This is just gruesome and an inhumane crime that must NOT go unnoticed! My hands are shaking while writing this!

The post below is not for the faint-hearted and might trigger emotional distress, so please don’t want watch if you are likely to get mentally disturbed easily:

According to the doctor reports and a girl who claims to have witnessed something going on with the boys and the kitten, the animal was tortured to an extent that it died, and the carcass was left in the dumpster.

There was a lot of hue and cry over social media:

TRIGGER WARNING – Graphic images/story in the the thread!

In Lahore a kitten was repeatedly RAPED by a couple of 15 year old boys until her organs were crushed from inside! @DIGOpsLahore @Lahorepoliceops please take action immediately! @ZakaWaqar @PakPMO pic.twitter.com/xPTHYEfc86

heard from JFK founders that @DIGOpsLahore will take a statement from them & all the video & voice recordings of the initial reporters who explained in detail what happened to the kitten to JFK. The police will ask them why the reporters are not giving the name of the culprits.

Family in Lahore adopts a kitten and nobody notices that the kitten is being brutally raped by their 15yr old and his friends???!!
Boys should be dealt with, because you've got future rapists on your hand
I've severe migraine and I'm unable to sleep bc of this💔#LahoreKitten 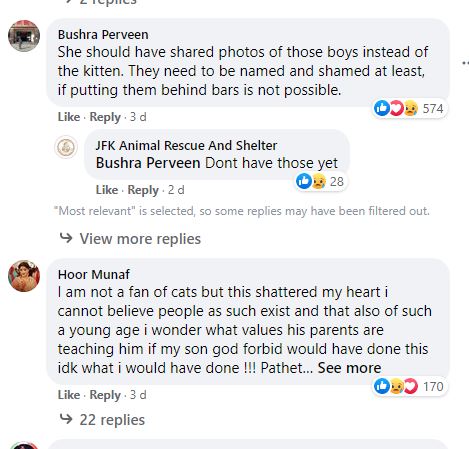 The post shared by the animal shelter read that the kitten was adopted by a family in Lahore and the boy and his friends have been abusing this kitten for a week.

A suspicious local girl who lived in the neighborhood had an eye on the kitten and the boys and has anonymously revealed all the details about the heinous incident to the NGO.

They further added that this is the fifth similar case about animal abuse that they have encountered. Although the vet agreed that the cat was raped, he refused to give anything in writing to avoid any kind of involvement in the case.  The mother of the son accused of this crime has clearly refused to accept any responsibility:

“My son did not do this. Someone from the street must have done it,” she said.

The heinous crime has been severely condemned by the animal rights organization and the organization along with several people on social media, demanded punishment for all the culprits involved.

Sex education – a dire need in a country like Pakistan?

The need to educate teenagers about sex is dire now. Otherwise, there are boys who will be growing up into rapists (it’s an animal today, it could a girl or a vulnerable woman tomorrow). If not taught a lesson now, their crimes will worsen in the future.

The NGO demanded therapies and initiation of sex education programs to solve the issue of animal abuse and minimize rape, despite the opposition for extremist religious parties.

“Some rapists will get another dog or cat or a monkey. Because it is so much easier raping the voiceless and weak as they wont even be able to tell what you devils did to them right? You know this voiceless don’t have laws and are not taken seriously here, so you chose them to rape,” read the post.

The Animal shelter further emphasized on implementation of strict animal rights laws- a helpline and an action force to deal with animal abuse and cruelty cases.  But in a country like Pakistan where pedophiles roam free, and women are raped without any accountability, will anyone even pay heed to animal cruelty?

Class of 2020: Job Prospects for Fresh Graduates Amidst & After COVID-19 Worldwide