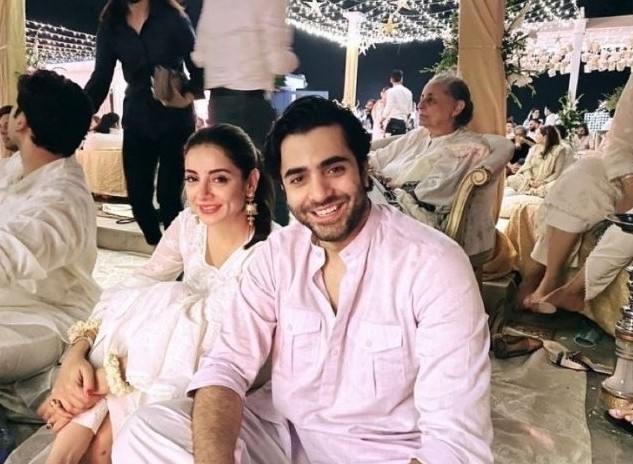 Shehryar Munawar had come under fire recently due to his presence at Fahad Mirza’s qawwali night. The gathering was star-studded as many guests made their way to celebrate Mirza’s birthday. Fans turned against Munawar because the actor had tweeted earlier to cancel CIE’s exams to Federal Education Minister Shafqat Mahmood.

After all, we must practice what we preach!

In a tweet, he wrote, “Let’s refrain from putting the health/safety of our students at risk, and instead find an alternate for physical exams. These students are the future of our country.”

Under the tweet, a Twitter user commented, “Is that you with Sarwat Gilani on Qawali night?” with a picture of Shehryar and Sarwat Gilani at the qawwali night without their masks on.

Is that you with sarwat gilani on qawali night? Has Pakistan become covid free last night? pic.twitter.com/us61PdkNnh

After that, Shehryar posted an elaborate apology on Instagram, saying. He explained what had happened and that he left the gathering with 5 minutes.

“Last week I went to wish my neighbour on his birthday on an invitation I had accepted two weeks prior. Not expecting the crowd, I wished him and left within 5 minutes of being there. In a candid moment, I was asked to take my mask off and pose for a picture.”

He accepted that his behaviour was indeed problematic. He acknowledged it and accepted his mistake.

“Rightly so, I was called out for doing that [taking mask off for a picture] and not following the SOPs. There is no justification for my actions, and I stand corrected.” 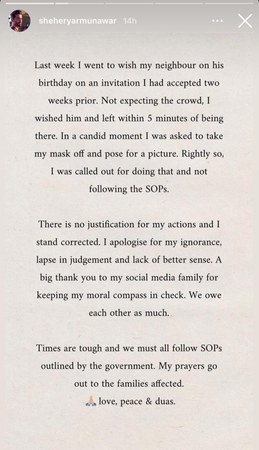 He continued says, “There is no justification for my actions, and I stand corrected. I apologize for my ignorance, lapse in judgement and lack of better sense. A big thank you to my social media family for keeping my moral compass in check. We owe each other as much.

One such Pakistani celebrity who had a tough time this year was Sheheryar Munawar. As the year is coming to an end, Munawar took it to his Instagram and shared his story. Regardless of all odds, he has come out of this challenging year stronger and healthier than ever.

How to Make Easy Chicken Korma: Ramadan with Wow