Sunday, June 26 2022
Top Posts
3 DIY Hotpot Recipes You Can Make at...
5 Tips to Keep Your Hair Sweat-Free During...
Fawad Khan to Make Debut in Ms Marvel...
“Women Can Accomplish Anything They Set Their Mind...
TikTok Releases First Album of Viral Hits
Mehwish Hayat Makes Her Debut as a Djinn...
‘Girls are No Less Than Boys’ Says Pakistani...
Punjab Government to Provide Scooties to All Female...
Is Akshay Kumar’s Upcoming Film ‘Raksha Bandhan’ a...
On This World Music Day, Spotify Celebrates K-Pop...
CelebritiesCulture 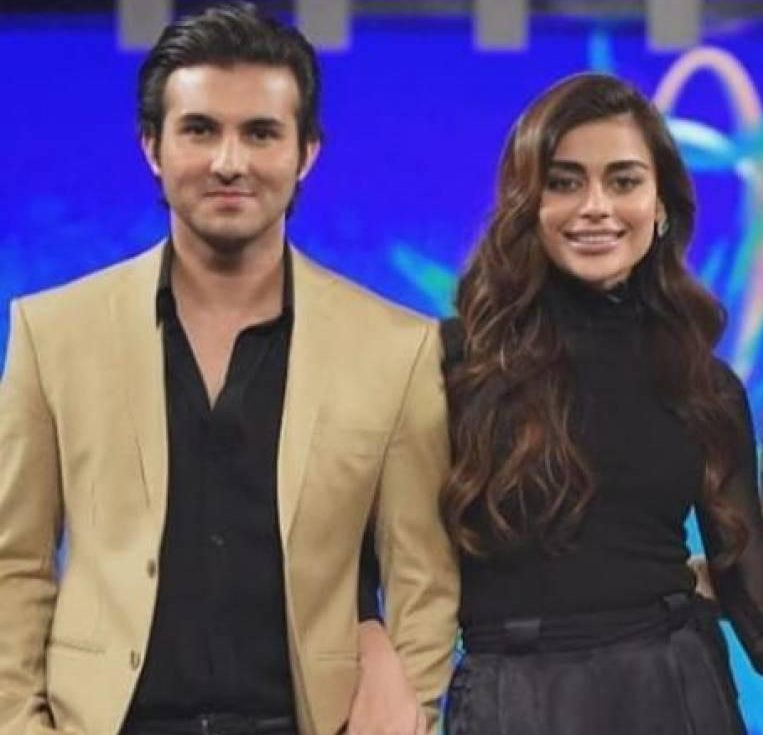 Ever since Shahroz Sabzwari and Sadaf Kanwal tied the knot, they have been grabbing all the attention but for the wrong reasons and netizens are not letting go of any chance to troll the newlywed couple.

Recently, the duo made an appearance in a candid interview where they were asked several questions about their relationship. However, their comments on some sensitive topics resulted in a massive uproar around the country.

The model turned actress Sadaf Kanwal shared her opinions on feminism which garnered widespread criticism for being problematic to the core.

While sharing her thoughts about Pakistani culture and feminism, she said:

She continued by saying:

“I know where all of Shahroz’s things are and what and when he has to eat. I need to know these things because I am his wife and I am a woman. He doesn’t have to know the same about me. This is what I believe because this is what I’ve grown up seeing.”

Have a look at the video below:

The host made sure that all the news-worthy questions were answered, and as a result, the memes about the whole thing are glorious.

As soon as the video was released, people on social media were left furious. Have a look at what people have to say about it:

Just because it's not happening with you doesn't mean its not happening with anyone. Thousands of women are abused physically & mentally by their own husbands and they don't feel empowered at all! They are fighting for the rights you already have. #SadafKanwal

sadaf kanwal got married and made it her entire personality. woman, read a book once in a while. Tf do you mean by 'mai aik aurat hu. Mujay ShErRy ka pata hona chahiye. SHeRry ko mera nahi'.

Can you imagine this woman is telling Pakistani women's about culture and morality and how they should behave to their husbands according to Islam. But I think she forgot islam while doing mujra.
And this is new ammi of all misogynist. #SadafKanwal pic.twitter.com/BcOqfkN96T

Soon after, Shehroz Sabzwari appeared in another interview where he defended his wife and said that she only talked about what our religion has asked us to do.

Many people are criticizing my wife for taking her previous videos from the internet and sharing it all over again. We are all Muslims and Pakistan is a Muslim country. Our religion has allowed us to seek forgiveness for all the mistakes we have done in the past.

“The true meaning of feminism is to give voice to voiceless and oppressed women but I feel like in recently days, some people are using feminism to make shamelessness common in the country.”

Watch the video below:

Shahroz and Sadaf became internet sensations when the two tied the knot last year with the controversy surrounding the divorce of Shahroz’s previous marriage to Syra Yousuf.

What are your thoughts about it? Let us know in the comments section below.

For more updates and details, stay tuned with us

Health & Fitness Tips For All Brides-To-Be