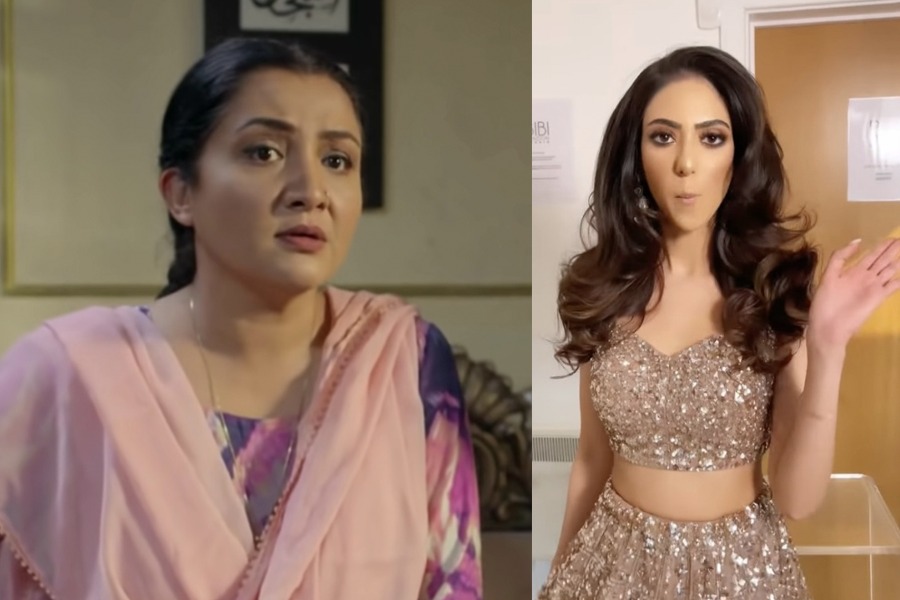 It is no surprise that Pakistani drama serials are a hit across the border in India. So much so that an Indian content creator has recreated a scene from the hit drama serial ‘Suno Chanda.’

Suno Chanda aired in 2018 and is the most successful Ramazan serial in Pakistan, featuring Farhan Saeed and Iqra Aziz as the lead characters. Shahana, aka Shanno, a character played by Nadia Afgan, became one of the most favourite characters of all time among audiences.

When the show was being aired on tv, its snippets often made it to social media and were shared thousands of times for being witty, funny, and chaotic at the same time.

A scene led by Shahana’s character was created by the Indian content creator who goes by the name of Silky. As dialogues narrated by Nadia Afgan in Urdu change, silky appears in different bridal outfits and jewellery showcasing her regal beauty and acting skills. She has done a commendable job at recreating this scene and has successfully caught our attention. After all, this is the goal of all content creators.

After this clip went viral, Silky has earned some praises for herself and a ton of Pakistani followers too. Suno Chanda became so popular that the drama series producers went ahead and produced a sequel of the show, which was then aired later in 2019 with the same actors in lead roles. Among many accolades, the main star, Iqra Aziz, won two awards for her brilliant performance in the drama serial at the Lux Style Awards.

Pakistani actor Feroze Khan has finally joined the Chinese app TikTok this week. He has already garnered 105.8K users on the app. You would expect Khan to appear in one of the trending videos or something that is pretty much in on the app. However, the star has different plans for his content. He has posted his first video on the app already, where he is seen getting ready to distribute food to the needy in the streets.