Sunday, June 26 2022
Top Posts
3 DIY Hotpot Recipes You Can Make at...
5 Tips to Keep Your Hair Sweat-Free During...
Fawad Khan to Make Debut in Ms Marvel...
“Women Can Accomplish Anything They Set Their Mind...
TikTok Releases First Album of Viral Hits
Mehwish Hayat Makes Her Debut as a Djinn...
‘Girls are No Less Than Boys’ Says Pakistani...
Punjab Government to Provide Scooties to All Female...
Is Akshay Kumar’s Upcoming Film ‘Raksha Bandhan’ a...
On This World Music Day, Spotify Celebrates K-Pop...
Trailblazer 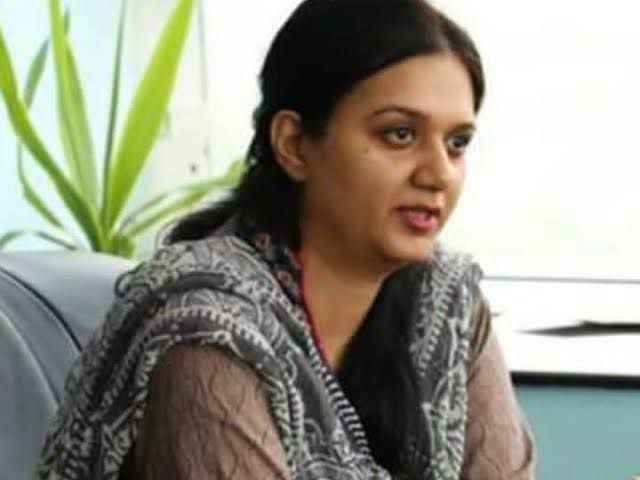 Sarah Saeed, Special Secretary at the Prime Minister’s Office, has been promoted to BPS-22, making her the highest civil servant in the last five decades.

The decision was made in a recent high-powered board meeting based on Saeed’s stellar civil service. She took it to the micro-blogging site to confirm the news. She thanked Allah for this honor and intended to serve her country to the best of her abilities.  She tweeted, “Thank Allah Almighty for this honor, and pray that He may give me the strength to contribute my bit to the best of my capacity and judgment in the interest of the state of Pakistan.”

Saeed completed her Masters of Science in Economics for Development from the University of Oxford (1998 – 1999). She was the topper of her PAS batch. She also received a gold medalist at the University of Punjab. She attended Crescent Model HIgher Secondary School, Lahore (1982 – 1989).

Thank Allah Almighty for this honour and pray that He may give me strength to contribute my bit to the best of my capacity and judgement in the interest of the state of Pakistan. pic.twitter.com/sqd47Xclee

Over the years, Saeed has had an illustrious career. Previously, she had served as the additional secretary finance division, directing staff in the National School of Public Policy, and director of the Civil Services Academy.

She has served the country as the director-general of the Benazir Income Support Programme (BISP). Her vast range of responsibilities included managing operations of Pakistan’s National Cash Transfer Programme in Punjab, with 2 million beneficiaries in the province, supervising the performance of a team of more than 700 employees, performing HRM functions in respect of Punjab employees, and performing contract management functions vis-a-vis payment service providers (i.e., 5 banks).

She was also responsible for designing and implementing a monitoring framework for payment points, overseeing BISP’s grievance redressal system, exercising delegated financial powers as an independent spending unit, supporting the implementation of a conditional cash transfer pilot program for primary education, reviewing the design of new programs and policies, and provide feedback, and also supervise smooth administration of 140 sub-regional offices engaged in public dealing.  Saeed had also served as the commercial secretary in the Pakistani mission in The Hague.

On Saturday, the visually impaired diplomat from Pakistan, Saima Saleem, won the praise of many on social media, including Pakistan’s permanent representative to the United Nations, Munir Akram, for her commendable United Nations General Assembly (UNGA) speech by using braille (a form of written language for blind people) for the very first time to present the country’s position.

Candid Conversation with Sania Saeed on Kamli, a film by Sarmad Khoosat