Sana Javed Files Legal Notice, Says a ‘Smear Campaign’ Has Been Initiated by a Group of People Against Her 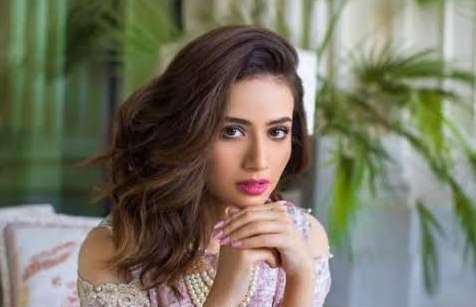 The actress has filed a case against those running a ‘smear campaign’ against her. She wrote in an Instagram post that the past 72 hours, she has “been subjected to all sorts of lies and fabricated stories, bullying, hate speech and threats.”

She highlighted that models and makeup artists coming out with stories is a properly planned strategy set up against her. “A properly planned smear campaign has been initiated against me by a group of individuals that has caused severe trauma not only to me but to my family.”

She said she was shocked by how quickly everyone had jumped on the bandwagon without knowing all facts. “I’m shocked to see how toxic people can be and how quickly everyone jumps on a bandwagon without knowing all the facts. As far as the incident is concerned everyone knows one side of the story and I refuse to comment and discuss what was said and done by the other party as its beyond disgusting and disgraceful to even mention here.”

She uploaded a series of documents of a legal notice set to be sent out to those who have come forward with their claims regarding her unprofessional behavior. She announced, “I’ve decided to take this matter forward with the legal authorities. I love my work and hold it in the highest regards and throughout my career I’ve tried my best to hold my ground and my integrity by giving utmost respect to my collegues and peers and expected the same in return. Saying that, now this matter is with the legal authorities and I will be pursuing all legal options against this group of people.”

Earlier on, makeup artists Rhyan Thomas and Ikram Gohar, alongside many models from the industry, called out Sana Javed’s ‘unprofessional’ behavior on social media.

Makeup artist Rhyan Thomas narrated his story from when he was in Dubai for his sister’s wedding and was asked by Sana Javed and Sadaf Kanwal for Makeup and Hair for PAS. Rhyan pointed out how he was held hostage for hours, harassed, and not respected by Sana. He said she wanted Rhyan not to go to Sadaf, so she made sure it got late enough for Sadaf to do her hair and makeup.

Makeup artist Ikram Gohar shared his side of the story too. He said Sana had invited him over for a makeup trial for her nikah and kept cleaning her eye makeup as she didn’t like it. She didn’t allow him to use the restroom either. Later, she also insulted him as to how he has no idea how to do a good job at makeup.

Following this, many models and people from the industry came out to call actress Sana Javed out for her rude behavior.

A time without social media was different when criticism of someone’s work remained within exquisite industry circles and not disclosed to the general public. However, with everyone present on major social media platforms, a comment is all takes to light a fire. On Thursday, model Suleman, and celebrity stylists, Nabila and Fatima Nasir were caught up in a dispute on Instagram.