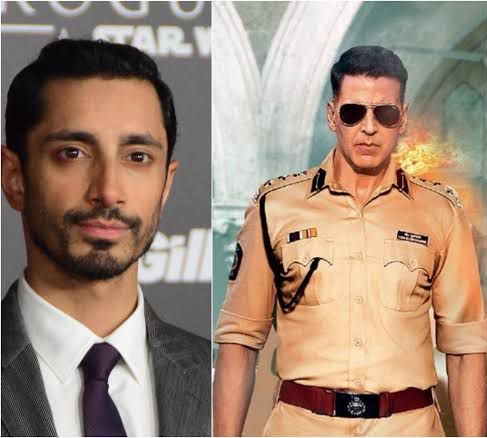 A global opinions writer at Washington Post, Rana Ayyub, indicated how the latest Indian film #Sooryavanashi “feeds into the Muslim as the terrorist narrative”. She wrote on Twitter, “One of the biggest films making waves in Indian theatres is yet another exercise in criminal Islamophobia that seeks to normalise Narendra Modi’s anti-Muslim agenda.”

Riz Ahmed quoted her tweet on the micro-blogging site and expressed his disgust with the help of an emoji.

In July this year, the Reluctant Fundamentalist actor Riz Ahmed with Pillars fund and Ford foundation has helped Muslims showcase their talent onscreen without being pushed to do the same old roles that fuel Islamophobia. He said, “Muslims in films are either invisible or villains.”

The current president of Pakistan, Arif Alvi, also took it to the micro-blogging site to express his opinion. He said, “Dangerous for India. In this Islamophobic hatred, India will destroy itself, no less. I hope & pray that sane elements within Indian society prevent this.”

He also quoted a Czech writer—Milton Kundera, on the platform. ‘The first step in liquidating a person is to erase its memory. Destroy its books, its culture, destroy its history. Then have somebody write new books, manufacture a new culture, invent a new history. Before long, that nation will begin to forget what it is and what it was… The struggle of man against power is the struggle of memory against forgetting. ~ Milan Kundera,” he tweeted.

destroy its history. Then have somebody write new books, manufacture a new culture, invent a new history. Before long that nation will begin to forget what it is and what it was… The struggle of man against power is the struggle of memory against forgetting.” ~ Milan Kundera

Rohit Shetty‘s directorial has garnered 100 crores at the box office in its first-week post-release. It was one of the first projects to be screened after 18-month hiatus in Indian Cinemas.

Shetty kept quiet on the matter initially but later on, he addressed the issue in an interview. He said, “If I ask you one question, Jaikant Shikre (in Singham) was a Hindu Marathi. Then in Simmba, Durva Ranade was a Maharashtrian. The negative forces were Hindu, but why isn’t that a problem?”

New York Times Best Selling Author Fatima Farheen Mirza became the favorite topic for fans to ponder upon after the British Pakistani actor Riz Ahmed revealed on The Tonight Show Starring Jimmy Fallon that he had tied the knot with the author during the lockdown.