Sunday, June 26 2022
Top Posts
3 DIY Hotpot Recipes You Can Make at...
5 Tips to Keep Your Hair Sweat-Free During...
Fawad Khan to Make Debut in Ms Marvel...
“Women Can Accomplish Anything They Set Their Mind...
TikTok Releases First Album of Viral Hits
Mehwish Hayat Makes Her Debut as a Djinn...
‘Girls are No Less Than Boys’ Says Pakistani...
Punjab Government to Provide Scooties to All Female...
Is Akshay Kumar’s Upcoming Film ‘Raksha Bandhan’ a...
On This World Music Day, Spotify Celebrates K-Pop...
FeaturedHealth & Beauty 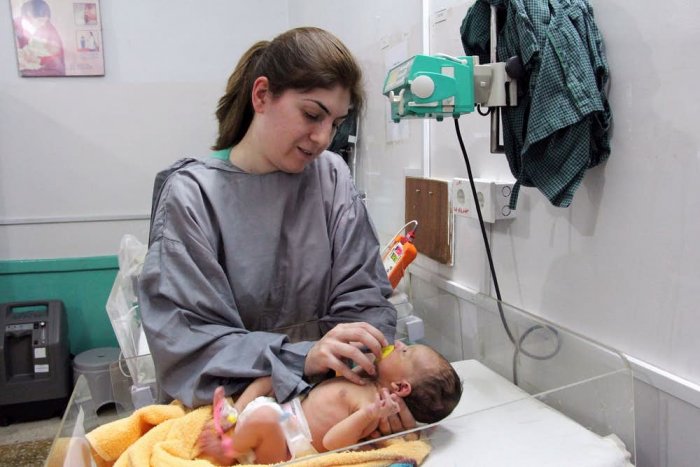 Punjab has become the first province to offer the test tube baby facility free of charge.

The news was announced by the Punjab Health Minister, Dr. Yasmin Rashid.  She said that the province of Punjab would offer women free of charge in-vitro fertilization (IVF) or test tube baby facility at a public hospital in Lahore. The treatment will be provided to couples who are suffering from infertility issues.

IVF is a lengthy and expensive procedure. It usually mentally and financially drains couples as the results are not always positive. To ease couples from the burden of the fee for this procedure, the initiative will serve as a stepping stone in the country.

What is IVF Procedure?

The primary purpose of this procedure is to help with the conception of a child. Eggs are retrieved from a woman’s ovaries and then fertilized by sperm in a lab during the process. The fertilized embryo is then transferred back to the woman’s uterus.

The procedure is legal in Pakistan. In 2017, the Federal Shariat Court declared that the IVF treatment could be taken help of by a married couple with infertility issues. By offering the procedure at a government hospital, Pakistan joins the list of countries that provide subsidized IVF treatments to the public. The list includes Singapore, Hungary, and Denmark.

Anti-Women Harassment & Violence Cell to be Set up in Lahore by Punjab Police. Read the full story here:

After a woman was assaulted by 400 men in Lahore’s Minar-e-Pakistan, incidents of such violent crimes against women have surged in the city. Following this news, a report of a woman sexually harassed in a Qingqi rickshaw came forward. In another frightening episode, a mother and a daughter were allegedly ganged-raped by a rickshaw driver. Keeping in mind the current circumstances, the Punjab Police has taken measures to curb crimes of such nature.

Effie Awards 2022: Amna Khatib-Paracha, GroupM on How the Digital Influencer Sector will be More Formalised in the Future