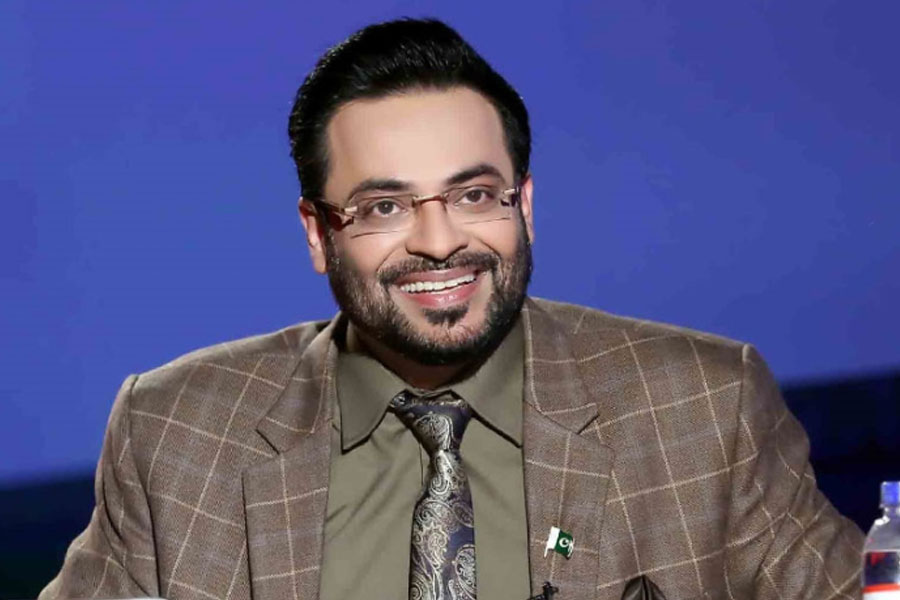 According to sources, the police have written to Chippa welfare association to hand over Aamir Liaquat’s body to the officers from the Brigade police station in Karachi.

Moreover, the letter mentions that legal action would be taken against the organization if the body is handed over to anyone asides from the said officers.

The police added that the police wishes to continue with an autopsy as he had passed under mysterious circumstances, moreover, the family has now agreed to move forward with the request.

Aamir Liaquat’s funeral prayers are to be held today in Karachi. His first wife shares that their children have refused for an autopsy to be performed on his body.

Update: Dania’s mother Bushra Bibi reveals that almost a week prior to his death, Liaquat had reached out to the family in hopes of improving ties.

As per her statement, he said ” I want to come and apologise to everyone. Send my wife Dania back to my house.”

Moreover, she shared “just 3 days back he sent an emotional ‘I love you’ message to Dania and was planning to visit Lodhran in a couple of days.” 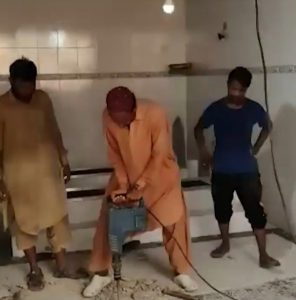 Aamir Liaquat had booked 5 graves in the graveyard on Abdullah Shah Ghazi shrine’s compound in 2007 according to the assistant manager and focal person Punnu Khan.

Aamir Liaquat’s third wife Dania Malik opens up about receiving the news of her husband’s death through social media. She also shared clips from her Nikkah with the deceased Aamir Liaquat Hussain.

According to sources, Liaquat’s door was locked from the inside, his staffers tried to knock on the door, but received no response. The staffers added that the anchor wasn’t feeling well the night before and had complained of chest pains.

Furthermore, it is being reported that his driver had heard a scream coming from his room a day before.

He was found unresponsive at his house and was rushed to Aga Khan Hospital immediately in critical condition where they couldn’t resuscitate him as per a source.

The police officer shared that the initial reports indicate there was no foul play behind his demise. However, he added that a post-mortem examination of the politician will be conducted at the Jinnah Postgraduate Medical Centre (JPMC).

On the other hand, it was reported that National Assembly Speaker Raja Pervaiz Ashraf had adjourned the session after news of the MNA’s death. Aamir Liaquat had joined PTI in 2018 and was elected as the MNA the following year but had a falling out with the party.

Recently, he was in the spotlight after a private video of Liaquat had been leaked on social media, he had tweeted that he will ‘leave Pakistan’.  He tweeted:

After a while will release my last statement regarding the filthy fiasco from the land of Pakistan and then leave forever.

After a while will release my last statement regarding the filthy fiasco from the land of Pakistan and then leave forever. #aamirliaquat#allahhafizpakistan#regrettobekind pic.twitter.com/HCEz1AucXW

Aamir Liaquat Hussain was a Pakistani politician, columnist, television host and comedian. He was one of the most successful hosts working in the media industry for over a decade. He was most famous for his show titled Aalim Online.

He had been listed three times in The 500 influential Muslims worldwide and was among 100 popular personalities of Pakistan.

Here’s how social media reacted to the news of Liaquat’s demise:

The official account for the President of Pakistan wrote, “The President expressed sympathy and patience towards the family of the deceased,” in an official tweet.

Politician & religious scholar Dr Aamir Liaquat Hussain has died, according to police, hospital & staff at his home. The televangelist was recently at the centre of a controversy surrounding his third marriage & accusations he used drugs. He had announced he would leave #Pakistan

When alive #AamirLiaquat hurt and insulted too many people but now since he is gone, he can’t hurt anybody anymore. Those who feel hurt should forgive him and pray for him since all of us have to go one day.

Putting the controversies aside, Amir Liaquat was one of the biggest names in Pakistan's television history. A great entertainer ! This is what he posted last week…. A moment for us to realize how toxic and harmful social media can be. R.I.P #amirliaquat #AamirLiaquat pic.twitter.com/R6JCeEnqmj

This was the last voice note @AamirLiaquat sent me at 6.32 PM yesterday.

We are all responsible for his death.

This was the last voice note #AamirLiaquat sent to a journalist at 6.32 PM yesterday. pic.twitter.com/TfMzDzOWr2

This is a developing story.