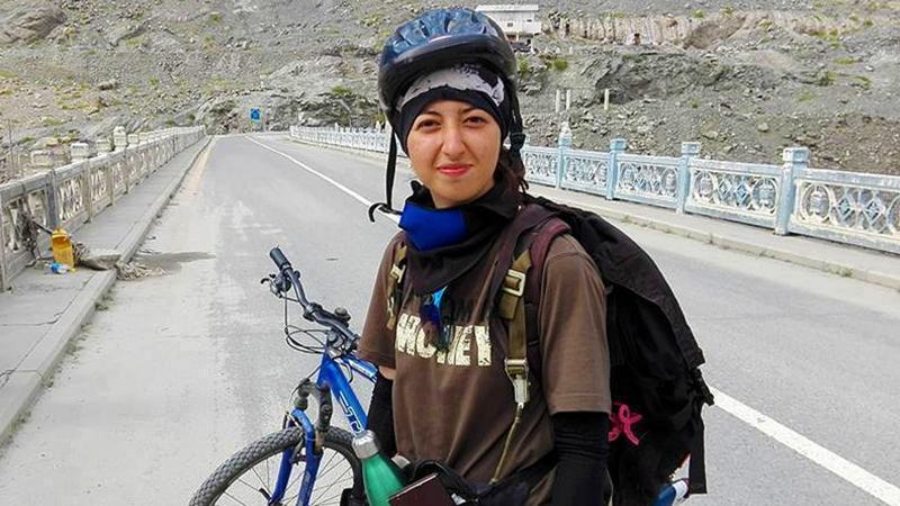 Mountain biker and adventure athlete Samar Khan took it to the micro-blogging website to speak up about athletes being mistreated on Pakistani TV after experiencing the same by a local tv channel.  Khan left the show after the host misbehaved with her.

She said in a video, “The host didn’t know my name or profile, but they wanted me on their show. I just participated in a race where the athletes were put together in one room like farm animals, but the people who were put up in top-notch facilities near the slopes were ones who had large fan followings on social media.”

Intrviewer: Welcome to the show, we have 1st guest (his complete intro) then we have another great female, who(pause), what to tell you(pause), she rides in all the country!! pic.twitter.com/Diwi5Pqq94

She emphasised that we, as a nation, will never do better if we keep entertainers/influencers as our top priority. This is not the first time Samar has had a problem as an athlete with media or organisers of the events. She said with a massive following; these influencers don’t get college degrees, know how to solve significant issues such as climate change and gender discrimination, or even sit in the parliament – basically have the knowledge that people in their respective fields do.

3= Intrviewer: Calm down, you do it urself or if you wanna leave you can!!

Because no more tolerance for bullshit after going through discrimination all these years!!

Respect the athletes or don't invite us in ur events/shows!

“I have one message — if fan following is everything, then send these so-called influencers to championships, to the Olympics so they can get gold medals for you, put them in parliament so that they can make decisions for you just because they have more followers. Call them on TV shows as analysts so they can talk about gender discrimination, law and order, climate change and solve these issues, because with their rising followers, in two days they also get knowledge and wisdom.”

She said sarcastically, “They get degrees from big universities and experience in every professional field. Pakistan will really prosper because with our priorities as they are, cheap entertainment is everything and fan following is everything, no?”

Pakistani actor Yasir Hussain also took the concerns of the athlete into notice. He wrote on his Instagram, “I’m sure some stupid questions must have been asked”. He added, “Forget it. You are Pakistan’s Pride.” 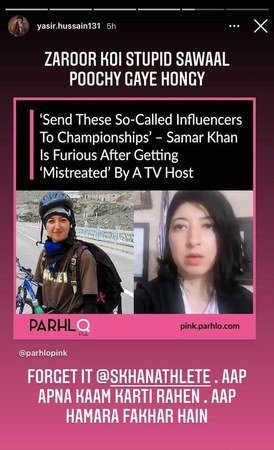 2/2
Just recently we woke up to Ali Sadpara's greatness AFTER he met an untimely & tragic end. As a nation #Pakistan needs to start appreciating our heroes now and while we can before it's late. A nation that does not appreciate their heroes cannot progress. #respectpakheroes

Exactly! ♥️ to all the athletes that come out of our country. Unless you are a cricketer maybe, it’s almost like no other sport matters. I can’t believe these champs still keep at it in the face of such ignorance. https://t.co/an9AL3addp

You have taken great step against corrupted media to highlight their real face to the nation and we all stand with you. 👍 https://t.co/Icq4qsgX8s