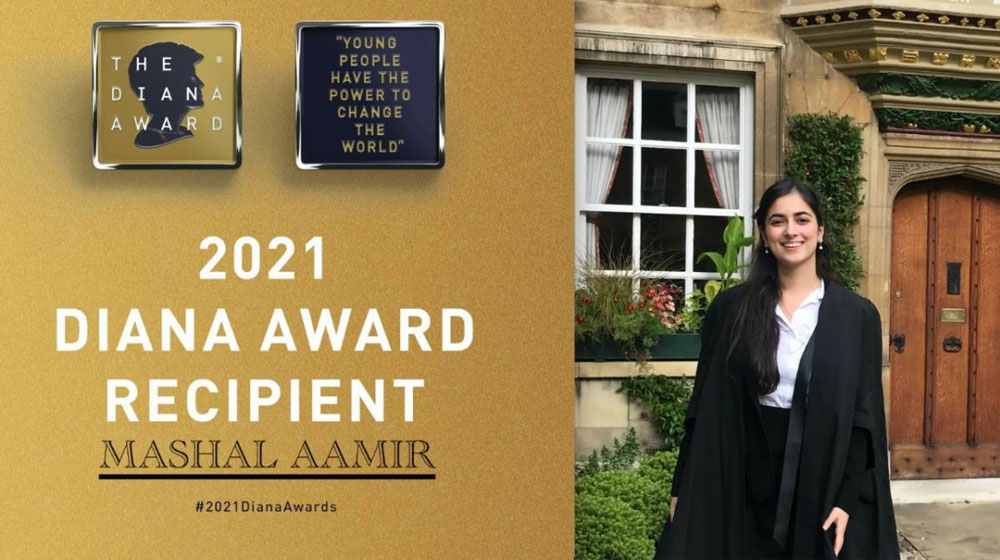 The award credits those individuals who demonstrate a constant and continued dedication to the improvement of humanitarian causes. Aamir, since her childhood, has undertaken social work. This has kept her centered on environmental and equity activism. She has participated in welfare activities in South Korea and the United States, other than Pakistan.

Her efforts towards humanitarian causes in her home country include the development of the children of Army Public School, Peshawar, after the frightening terror attack in 2014. She has also assisted women at the Pak-Afghan border. 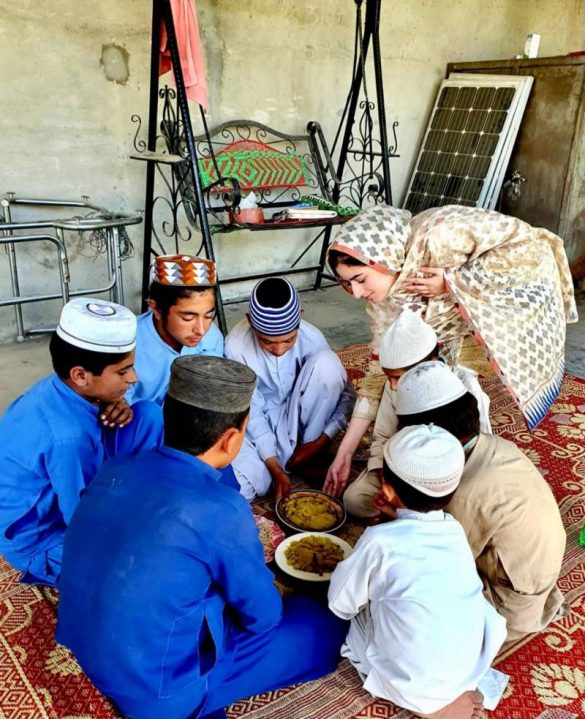 By profession, Mashal is a barrister.

Her main focus is on providing a stage for marginalized voices globally – these include children and women from different ethnic backgrounds. She has worked internationally in countries including South Korea, America, Pakistan, and The Hague, which meant working at the ‘International Criminal Court’, ‘Supreme Court of Pakistan’, ‘Legal Aid USA’ and ‘Citizens Advice Bureau Scotland’.

She has also been chosen as 30 Under-30 Inspiring Scottish Women and 100 Notable Women in Law.

Princess Diana Award is honored by her children. It was established in memory of the late Princess Diana and is the only award in her name. Mishal said, “I received the award for my many years of charity work, this ranges from ICC in The Hague, America, South Korea, and Pakistan. I help Pashto speaking community with the support of my family and varied organizations that I have been involved with to bring about positive impact.”

Mashal completed her high-school education in Islamabad and Peshawar. Thus, Mashal’s educational background is the law even though she has established her identity in the social welfare field.

She was also elected a Fellow of the Royal Society of Arts, UK, another award grant. Only those with outstanding achievements in social progress and development receive it.

British-Pakistani boxer Haseebah Abdullah, based in England, is working tirelessly on a goal to bring uniformity across the sporting industry. Last month, Haseebah was recognized as a “Hometown Hero” by Birmingham 2022 Commonwealth Games. The international multi-sport event acknowledged her for a “huge role in making the sport more inclusive” as England’s first hijab-wearing boxing coach.