Pakistan’s first-ever lawmaker of African descent, Tanzeela Qambrani, wants to change the narrative around what it means to be Black and Pakistani.

Tanzeela, a 39-year old Sidi lawmaker, belongs to the Sheedi community and wants people from her community to be proud of their identities, mostly in Markan and Karachi.

African-Pakistanis or the Sidi are referred by other names, such as Siddi, Sheedi, or Habashi. They are direct descendants of the Bantu people in the African great lakes region. Due to their ethnic background, they have been sidelined for a while now in Pakistan.

During an interview with BBC, she said, “As a tiny minority lost in the midst of local populations, we have struggled to preserve our African roots and cultural expression, but I look forward to the day when the name Sheedi will evoke respect, not contempt.” 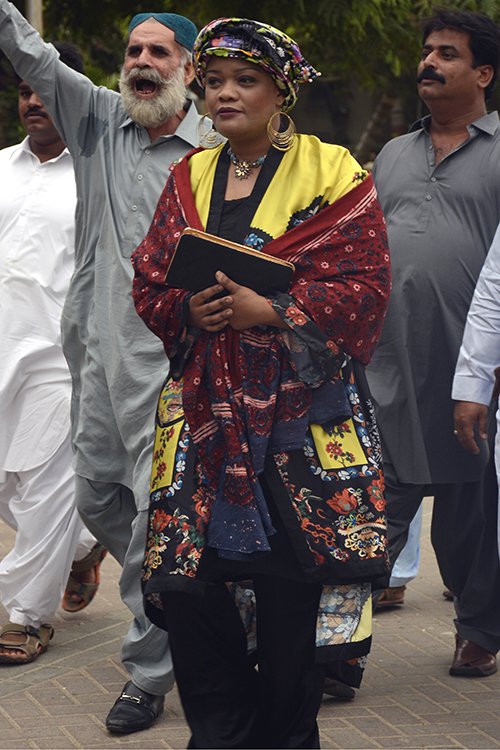 Qambrani has other accolades under her belt. She was nominated by the Pakistan Peoples Party (PPP), Pakistan’s first woman prime minister Benazir Bhutto, for a seat reserved for women in a provincial parliament in Sindh. The position aims to tackle the stigma attached to her community. She has sufficient experience in political office, as she has been a local councilor after joining the PPP in 2010.

Qambrani has a master’s degree in computer sciences from the University of Sindh, Jamshoro. While she has worked hard and received an education, she also has children and hails from Matli in Badin district in Sindh province.  She serves as an inspiration to her own community.

British multinational consumer goods company Unilever, also a conglomerate behind Dove soap and other bath and beauty products, has announced to drop the word “normal” on the packaging of its products. Other than that, the company is also planning to change the skin color and bodies used in the advertisements of its products to push forward the notion of inclusivity.

Unilever to Exclude Word ‘Normal’ From All Beauty Products

Captain Zoya Agarwal Inducted in the US Aviation...