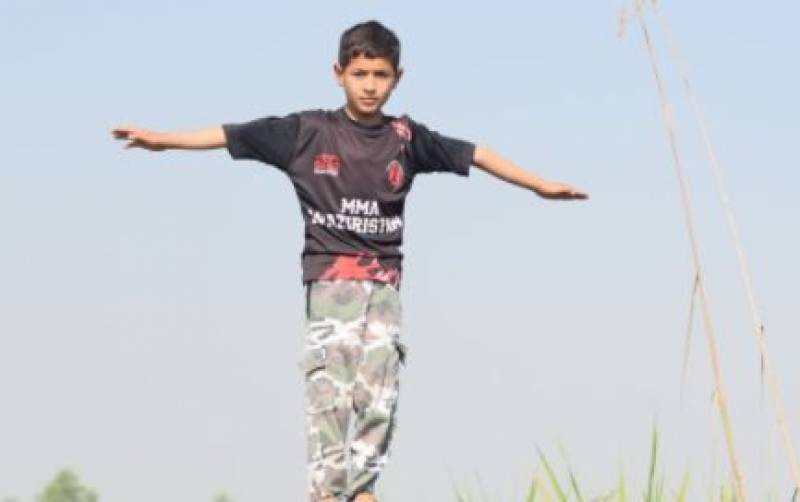 The 8-year-old young boy from Pakistan, Jasim Mehsud, has entered the Guinness World Record by breaking the previous record of record holders.

Mehsud entered the Guinness World Record Book by performing 27 Kip-ups in half a minute (30 seconds).  The previous record which he broke was 22 Kip-ups in 30 seconds span. Half a minute goes by a moment. It is safe to say that Mehsud deserved to be on the list.

Many people wouldn’t know what Kip-ups are. They are basically an acrobatic move in which individual transitions from a prone position to a standing position.  It is used in several activities such as breakdancing, gymnastics, martial arts, professional wrestling, freerunning, and inaction film fight sequences.

While speaking to the media, Irfan revealed that 5 more students have successfully made history at the international level under his training. They have all successfully broken Guinness world records in different tasks. He revealed that “Jasim broke the record in Dera Ismail Khan on July 2, adding that the passionate athlete aims to become an international martial arts record holder.”

We are rooting for Pakistan’s youth to aim higher and achieve all their dreams. Wishing Jasim Mehsud the best of luck in his future endeavours.

Squash Player Zahab Kamal Khan, from Northern Virginia, bid farewell to her luscious locks to set Guinness World Record for “most hair donated to a charity by an individual.” Zahab, who lives in the US as an immigrant, kept growing her hair for 17 years. At the age of 13, her father suggested not cut her hair anymore. “I told her, ‘Keep it longer, someday you’ll see,’ ” Mustafa told an international publication. Zahab said, “I was kind of annoyed, a little bit.”