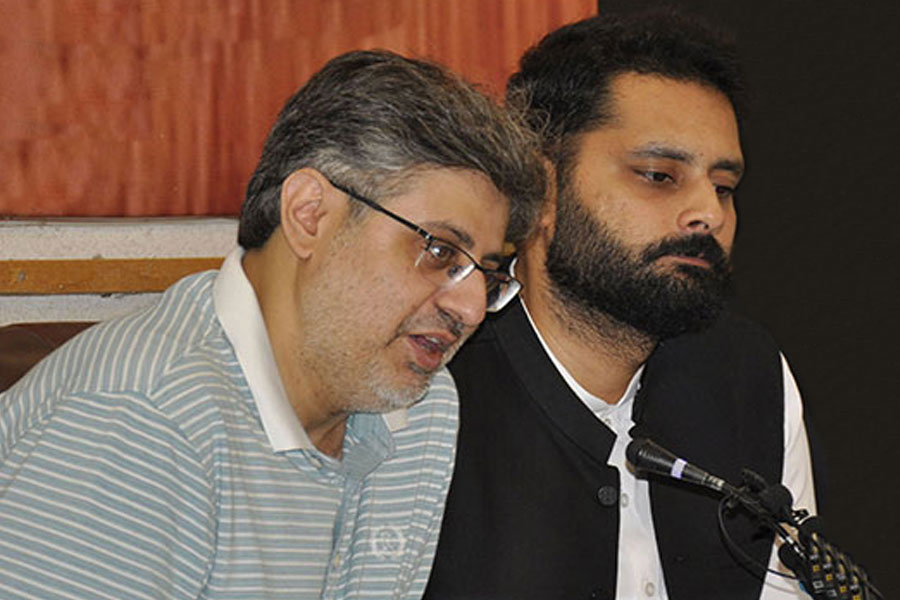 Civil rights lawyer and activist Jibran Nasir took it to his official social media account to share his two cents on the results of Dua Zehra’s medical report.

The reports clearly state that Dua Zehra is not more than 15 years old as her parents have been claiming for the past 2 and a half months.

He penned: ‘The Medical Board has verified the truth which parents have been telling for 2.5 months. As per the board, Dua Zehra is nearest to 15 years of age negating the previous medical report which placed Dua at 17. This proves that NADRA documents are accurate and Dua in reality is a 14-year-old.’

‘Offences of kidnapping, child marriages and rape/sexual offences all are attracted to a case where a girl child is under 16. IGP Sindh should take immediate action to remove the current I.O. of the case who has been telling media no case of kidnapping is made and must immediately recover Dua.’

‘We need better procedures and training in place both in Police and Judiciary to save our children. For 2.5 months parents suffered to recover their child while Dua unaware of herself was under unimaginable danger while content creators cashed in on this tragedy.’ 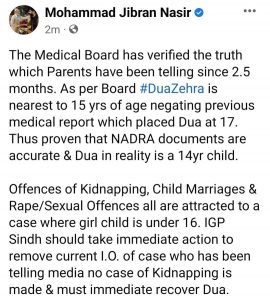 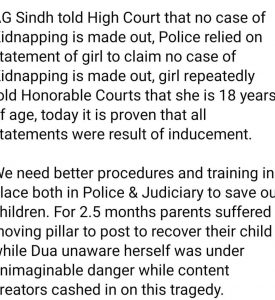 The Dua Zehra case has become a viral sensation in the country ever since the young girl went missing. Originally it was assumed that the girl had been kidnapped, however, it was later found through footage that she sat in a vehicle without force.

Then, after dua was recovered, it was found that she had left by choice to marry the boy that she was in love with. However, despite trying to convince the media and everyone that she is above age and has married by choice, there were some loops and discrepancies in the story.

We have yet to see what actions will be taken against the individuals behind Dua’s case. Until then, stay tuned to WOW360 for more news and updates.