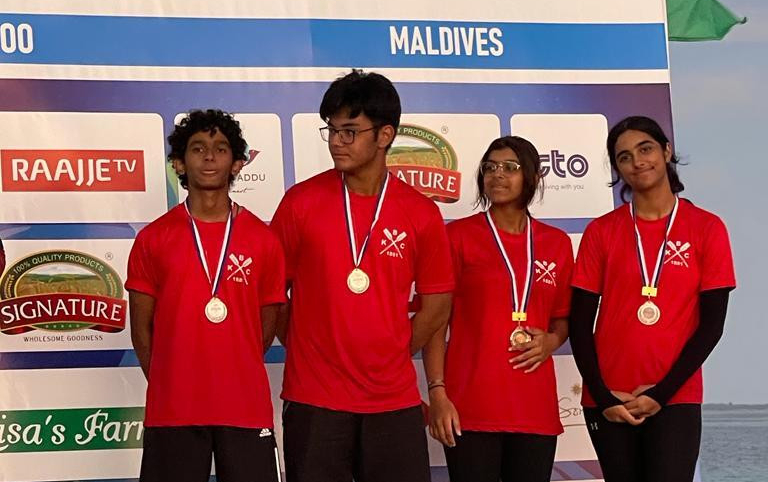 For the first time in history, Pakistanis competed in the coastal rowing beach sprint event. Something that is not very common for rowers in Pakistan.

The Karachi Boat Club (KBC) team delivered stellar performances as the competition concluded in Addu City, Maldives.  As per the KBC press release, the 12-member squad comprising a coach and students trained for the event at the China Creek for several weeks.

Pakistan Rowing Federation vice-President Malik Abdul Rahim Babai told a local publication that “the event was to have rowers from India, Sri Lanka, and Palestine as well, but for some reason, they couldn’t compete.”

He further added, “The rowing in the sea is like going into the wild waters, and it is not very common in Pakistan, but we sent the team, and it did well.”

On the other hand, boys played well too. Rayyan Imran and Shayan Aziz won gold and silver in the boys’ single skull event. Iman with Hamza Naveed won the gold medal in the double skull together in the U15 category. Amaan Asad seized a silver medal in U16 boy’s single skull. Ensi Qiao ruled the U18 single scull event for a gold medal and paired with Amaan Asad to top the double skull event a well.

Balochistan martial artist Naz Gul Hazara has just bagged a gold medal in the International Karate Championship. She is a hidden gem that hasn’t received any attention from the local media regardless of her achievements and talent. As per sources, there are many training centers where boys and girls can learn ancient martial arts, clad in exquisite karategi.