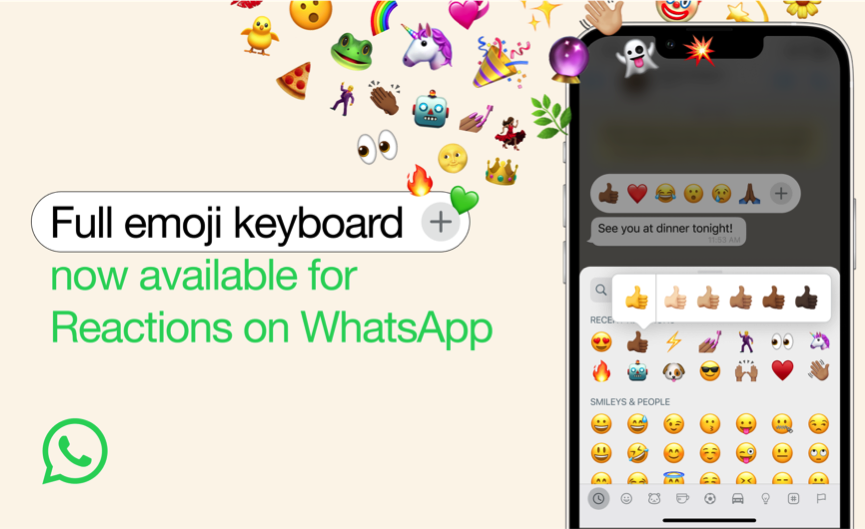 In addition, Meta has also revealed trends on our favourite Emojis and how they are being used in Pakistan and around the world.

Trends show Emojis are quickly becoming the universal visual language understood by all. From Gen Z to Baby Boomers, people from all generations find it convenient to ‘speak’ Emoji when it comes to connecting with friends and family, co-workers and acquaintances.

That is why; Meta has been expanding its emoji dock with newer emojis to help people communicate with more nuance and range. Here are some of the newest emojis popping up in our conversations and WhatsApp and Emojipedia have explained what each of them actually mean to settle the dispute amongst users:

🧢 Blue cap: Most of us are likely to get this one wrong. The meaning of this unsuspecting headgear in a digital conversation is much deeper than we could have guessed. 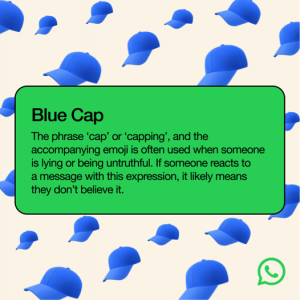 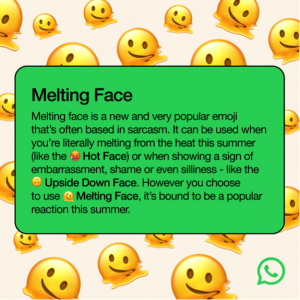 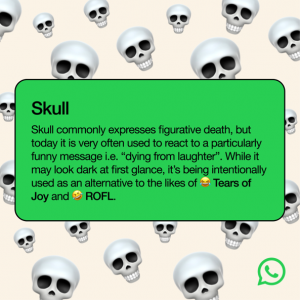 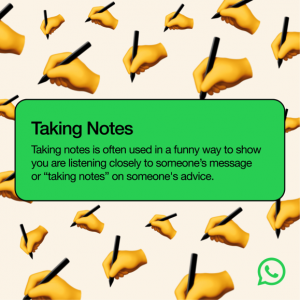 In addition to WhatsApp, Emojis also come in handy in keeping conversations informal, frank and warm on Facebook and Instagram. Meta trends show Facebook users all around the world used a wide range of fun emoticons, topped with a new range of emojis each with fun meaning and usability to convey their feelings.

The Meta trends shed light on who we are in our digital lives, our likes and dislikes and the way we respond to life situations in digital communications. Pakistanis are no different and our increasing dependency on visual-based communication has led to a new vocabulary of emojis, GIFs and camera-based messaging, which is making us more expressive than ever before. The semiotics associated with each emoji live and thrive within our cultural environment and their meaning and relevance grows over time. 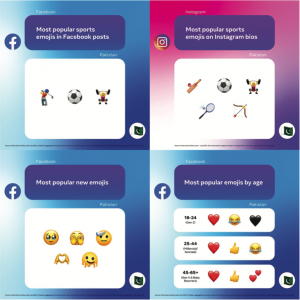 Like other parts of the world, in Pakistan too, some emojis clearly remained the top favourites for their ability to translate people’s emotions and situations people find themselves in or their age group and gender.

Millennials, aged 25-44 years old also preferred the ❤️ ️ (RED_HEART) the most. (Thumbs_up) and FACE_WITH_TEARS_OF_JOY remained the second and third most favourites on their list.

Lastly,Gen-X and Baby Boomers, aged 45 and above were no different in their choice of visual communication. They also preferred the ️(RED_Heart), and 👍(Thumbs_up) apart from the 💕(TWO_Hearts) to convey their feelings.

Sports are one of the most popular sets of emojis on Facebook. In Pakistan, on Facebook ​​🏌️(Golfing), ⚽(Soccer Ball) and 🏹 (Bow and Arrow) topped the list of favourite sports emojis. While Soccer remained the most popular sports emoji globally, While on Instagram 🏏 (Cricket) topped the list, followed by ⚽(Soccer) and 🏋️‍♂️(Weightlifting) in Pakistan. 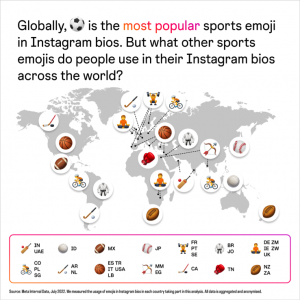 The Gen Z in Pakistan was found to be using the most diverse emoji set in their conversations like 🚑 (Ambulance), 🤡(Clown face), 💀 (Skull),🙃 (Upside Down face) and more to express themselves.

There are so many emojis on the Meta platform that it is hard to remember the meaning of each one of them. In such a case, the Emojipedia (https://emojipedia.org/) can serve as the perfect guide to the universal visual language.