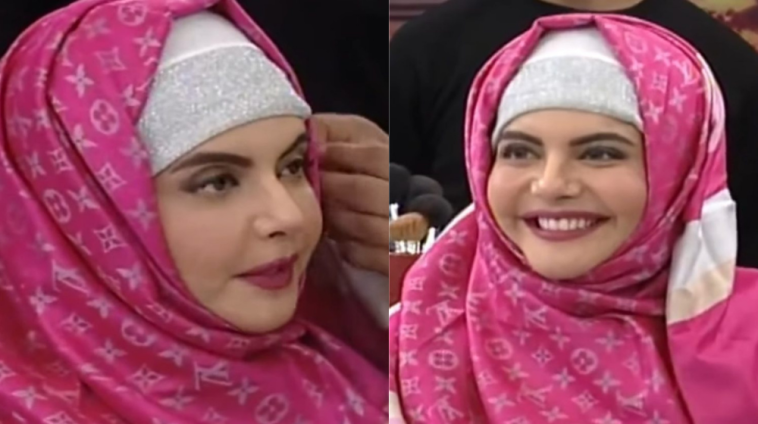 Nida Yasir is once again under fire, this time for making a mockery out of the Hijab, which is a piece of cloth worn by Muslim women in the company of any male outside of their immediate family.

In 2017, in one of Nida Yasir’s shows, the topic of discussion was Hijab. Yasir began the show by telling her audience that the show was dedicated to women and girls who cover their heads. There were plenty of details discussed regarding fashion and hijab in the episode.

These ranged from the cloth of the hijab to its design and how it could be wrapped around on the head. Moreover, the host also presented how a bride can tie the hijab and how people with different face cuts can wear it. The theme was great, and the show outlined some vital information that helped women improve their looks.

What is the Issue?

Makeup artist Waqar Hussain was seen with one of his assistants helping models and the host Nida herself to put on the hijab. It is crucial to understand that the hijab is not just a piece of cloth. It is a choice based on religious obligation, making the topic a lot more sensitive than it was deemed on the show. The cloth is tied around by women to avoid the gaze of men. Instead, the show selected 2 men to help women wear hijabs which were greatly frowned upon.

The team behind the shows must take care of the fact that topics that are sensitive to the region’s people must be critically assessed before being brought displayed on the TV.

Nida Yasir’s morning show is popular across Pakistan. The show features many segments, including interviewing Pakistanis from all walks of life. Of course, they deserve to be on national TV for something incredible they have done in their lives. Similarly, in 2016, two students from NUST, Abdul Aleem and Mohammad Shariq War were invited to her show Good Morning Pakistan on ARY Digital.

5 Precautions You Can Take in Karachi to Avoid Getting Mugged