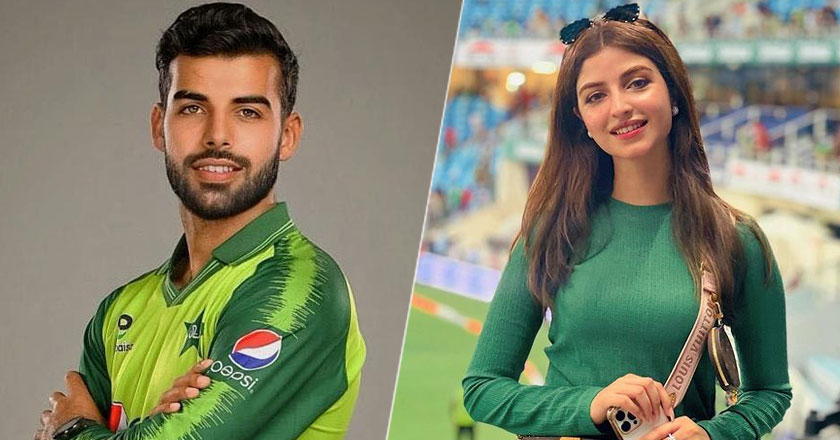 Netizens in Pakistan are absolutely positive that love is in the air and that there are definitely sparks between Pakistani cricketer Shadab Khan and ‘Ishq Tamasha’ actress Kinza Hashmi.

Hashmi was one of the star spectators present in the audience as Pakistan took on India in a high-voltage match and came out victorious. She took it to Instagram to share a few clicks and penned a caption reading:

“What a day, what a match, what an amazing VICTORY so proud of our entire cricket team for putting a smile on our face’s in such a difficult time”.

Netizens believe Hashmi came to support the team as well as Shadab Khan. The story caught attention after an interview clip started to go viral from the Ahsan Khan Show. In the clip, the Ahsan Khan points out to Hashmi that Shadab is only following 1 actress, and that’s you, to which she seemed a bit shy and giggly.

However, she replied that she said that she never checked his profile and she doesn’t know that Shadab follows her.

Moreover, Shadab broke into a big smile when Kinza was captured on the live screen!

Netizens React to Shadab Khan & Kinza Hashmi as a Couple 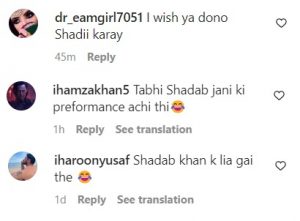 That’s not all, Pakistanis were also quick to point out that Indian actress Urvashi Rautela has a ‘crush’ on the young Pakistani bowler Naseem Shah who has blown everyone away with his performance in the Asia Cup 2022.

A user highlighted that Rautela has not just taken a screengrab from the screened match but has created an edit given the different scores flashing on the screen when their faces appear. “Guys, also check the score, Urvashi’s expressions are at 97-4 while Naseem the King’s are at 1-1. The video is edited, take a seat everyone,”

Urvashi Rautela posted a video of herself and Naseem Shah on her Instagram story😂😂 pic.twitter.com/yH87gzEvH6

What do you think about the duo? Do you think the chemistry between the two is a massive 6?