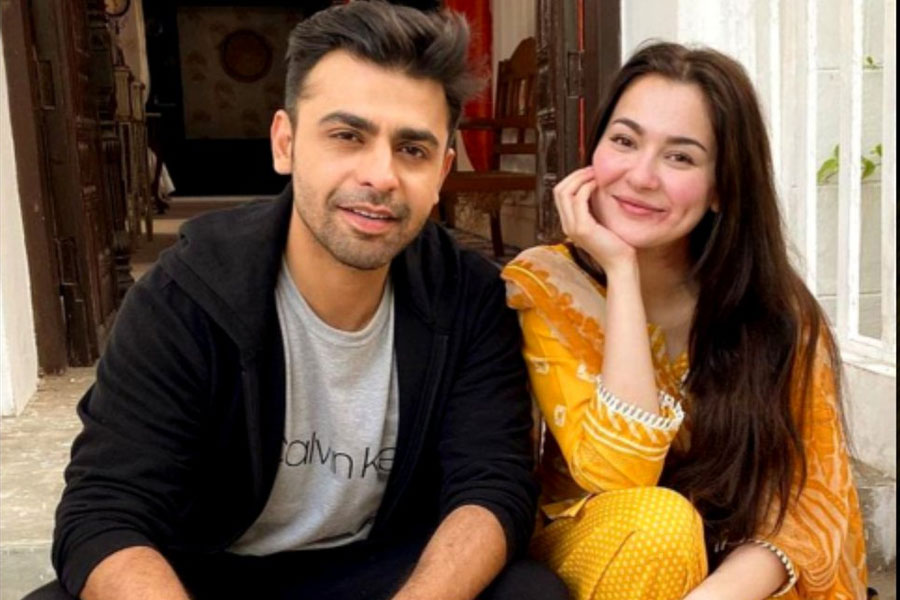 Hania Amir and Farhan Saeed’s chemistry was absolutely adored by Pakistani viewers in ‘Mere Humsafar’. The drama turned out to be a success, and social media raved about their performances, the storyline, and their presence on screen.

Since then, Hania and Farhan have become the talk of the town. The duo gave a spunky performance at the Hum Awards 2022 in Toronto and were seen clicked together for many photoshoots as well.

However, netizens think there is more to the picture. They believe that there is something cooking between the two and that they are now a real couple.

Although there was no official announcement from either of them, we do know that Saeed has parted ways with Urwa Hocane, and Amir said moved on too in life.

So, is something really happening there? Here’s what their fans think:

Is the glow for real, or is she just that good of an actress?

One Twitter user writes ‘I am spellbound, I literally don’t know how to speak anymore..’ and another replied to them saying, ‘you were totally right about the sizzle part they literally “sizzle” together’.

‘Hamza & Hala from “Mere Hamsafar” has taken place of my favourite on-screen couple Khirad & Asher. Seriously, looking too cute together.’ shared another.

They’re even giving butterflies to their fans!

Don't know why but this bit of them giving butterflies 😫 that lil giggle of them the way he playing with her jhumka that eye contact everything is giving butterflies 😫❤️😍 why soo pyareee u bothhh😫❤️#FarhanSaeed #HaniaAamir #Farhania #MereHumsafar #HalZa pic.twitter.com/8M1C3NqSdK

So are they really dating or is the internet thinking too much? Whatever the answer may be, we do know that both of them might be gracing our screens together again very soon.