“My Father Chose Falak Shabbir For Me,” says Sarah Khan 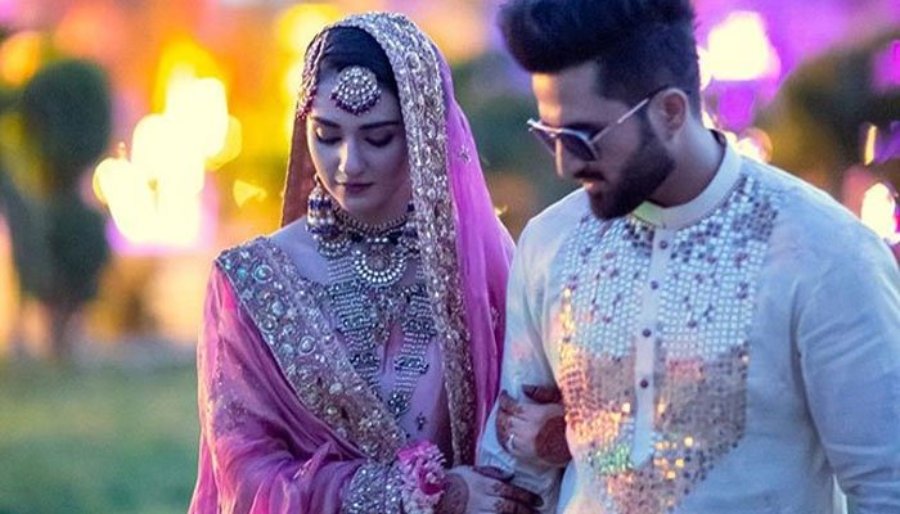 Sarah Khan and Falak Shabbir are one of Pakistan’s favourite couple from the industry. People often want to know how the couple met and how events transpired between them that lead to their marriage. For this same reason, when either of the two is invited on talk shows, they are questioned regarding the matter.

In a recent interview with Nida Yasir, Sarah Khan revealed to her fans that her father had chosen Falak for her and not she herself. She told the host what our parents chose for us is most likely the best as they are wiser and better observers to decide what will work best for us. She said he chose him because both of them were compatible with each other as he had seen great characteristics in Falak.

A post shared by World of Pakistani Stars 😍 (@starsworld.pk)

How did the two meet?

Falak and Sarah met at a fashion show. Both of them walked for different designers. Sarah said she went there with her sisters Noor and Ayesha. The three planned to go and enjoy the show. That is where he saw me for the first time, and that is also where we met for the very first time. Later, we went out for dinner with the entire team; everyone was together. After that meeting, Falak sent her rishta to her home.

Nida Yasir also asked Sarah if, after saying yes to Falak’s proposal, he implemented any restrictions upon her, especially related to work. Sarah said her father was smart; he has already observed that Shabbir wasn’t going to implement any restrictions.

A post shared by World of Pakistani Stars 😍 (@starsworld.pk)

Sarah said his father was looking for someone for her who would become the same husband he is to his wife. Sarah pointed out how his father has never restricted her from anything, whether it meant going out somewhere or wearing clothes of her choice.

She said Falak is exactly the same as her father, before and after marriage, as he has never restricted her from anything like desi men typically tend to do.

5 Quick & Easy Mango Dessert Recipes for You to Try This Summer!