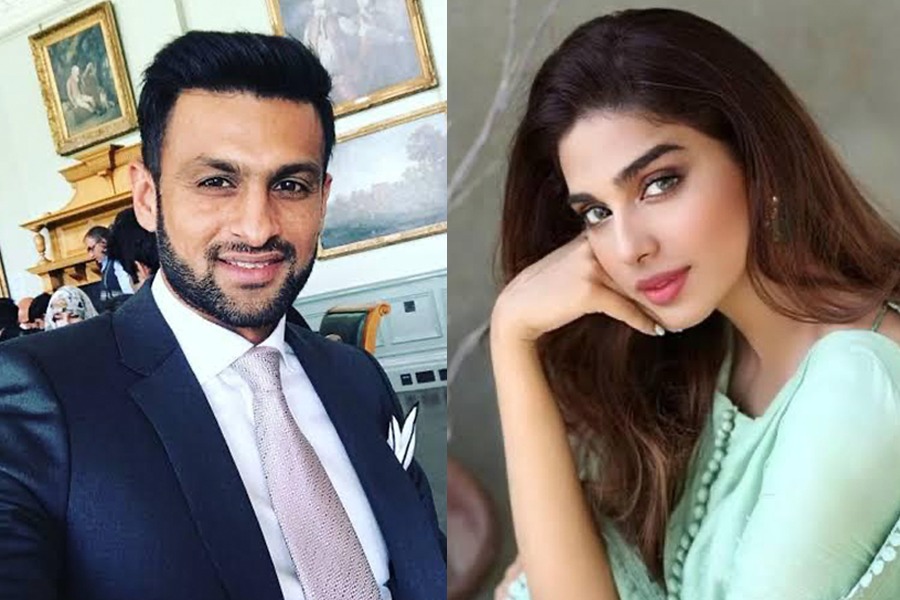 We all agree that talk shows are fun to watch. They are loaded with entertainment and gossip that never would have surfaced otherwise if it wasn’t for the host who asks just the right questions. One such news surfaced over the weekend on Ahsan Khan’s talk show where actress Sonya Hussyn and Shoaib Malik were invited.

In the show, Hussyn reveals that once Malik was over her place a long time ago, he was introduced to her parents. This is when she saw her mother eyeing Malik in his seat. She was assessing if he would make a good husband for her daughter, Sonya. After observing and having a small conversation with Shoaib, she went into another room to text her daughter that he’s passed her test and good for marriage.

She wanted them to get married, revealed Sonya. She added that every time desi parents see a decent man, they automatically consider him to become their daughter’s husband. The host of the show, Ahsan Khan, asked how Sonya’s parents never knew Shoaib was already married as his marriage was popular in Pakistan and India.

Sonya replied that they didn’t watch a lot of Tv and weren’t up to date on the news; however, she later told them that Malik is already married to Sania Mirza. Once the fiasco was over at home, Sonya went ahead and told Shoaib he was indeed in the hot seat and of his parents’ intentions for the two of them, just for the sake of a good laugh.

Watch the full interview below:

Shoaib then concluded the topic by saying I never went to her parents ever again after what had happened. We love a good story such as this. Shoaib Malik married Indian tennis player Sania Mirza in 2010, and the couple has a baby boy Izhaan together. Sonya Husayn, on the other hand, married model and trainer Wasif Muhammad in 2014. However, both parted ways later.

“My Father Chose Falak Shabbir For Me,” says Sarah Khan