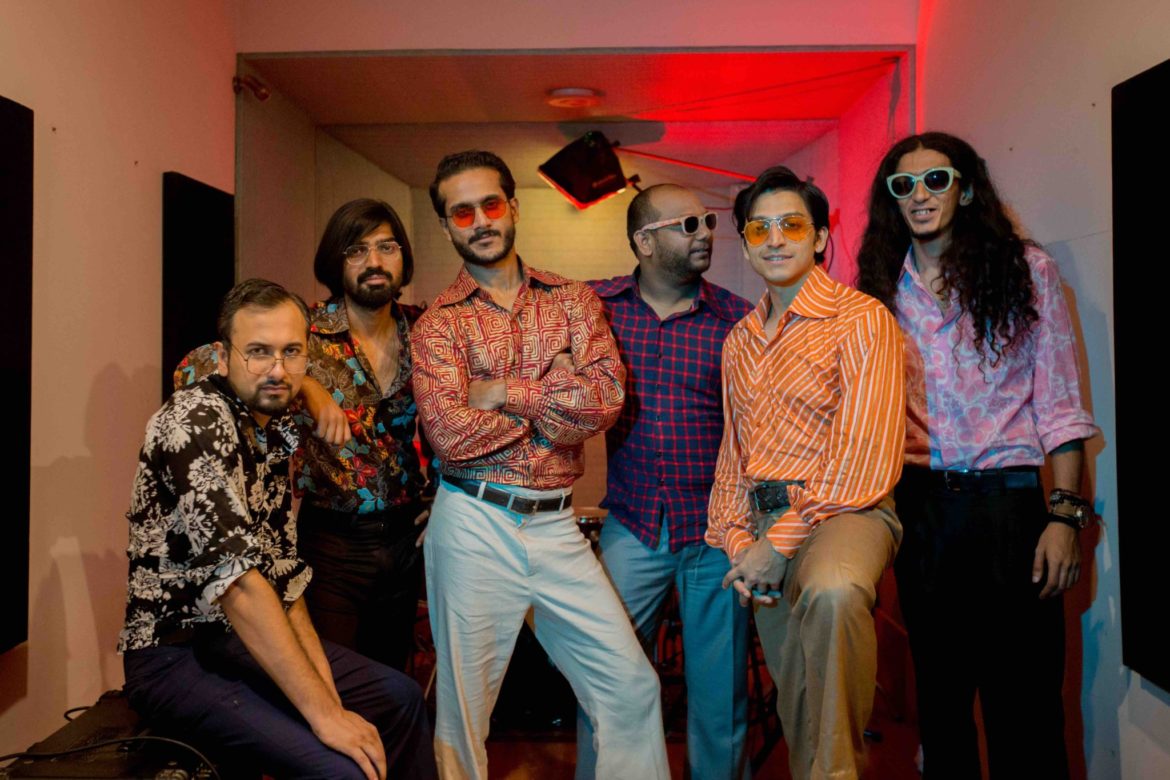 Ziddi Aashiq is a stubborn lover announcing his careless and carefree one sided love for someone who doesn’t even know about his existence. The music was composed back in 2016 by Saad Hayat and Bradley D’Souza, who also features on lead-guitars in the track.

“I bounced it off [the composition] with Rehan and asked him to write some ‘I don’t care, I can move on’ type of lyrics. To my surprise, Rehan composed and wrote some crazy psycho lover lyrics and we called it Ziddi Aashiq” said Saad Hayat.

The video was shot live at Saad Hayat’s studio, with a classic 70s look & a disco setup! This was part of the 2-day video shoot when the band shot 6 music videos in 48 hours.

The music video for Ziddi Aashiq can be viewed at:

The music video for Ziddi Aashiq has been conceptualized and co-directed by Saad Hayat with cinematography and direction by Asghar Ali Ghanchi, art direction by Hasan Ahmed, styling by Aafreen Shahab, wardrobe by Naghmas, hair and makeup by Sikander Khan, line production by Azeem Arif and Adnan Yunus, edit and post by Bilal A. Mughal with support from by Shahrukh Hayat, J.F. Irani, Kashif Ahmed Khan and Shakir Ali.

MIRAGE will be releasing the final two songs from the album in the coming weeks which will be followed by a digital album launch show.

Anti-blackness in the South Asian Community and Why it Matters?