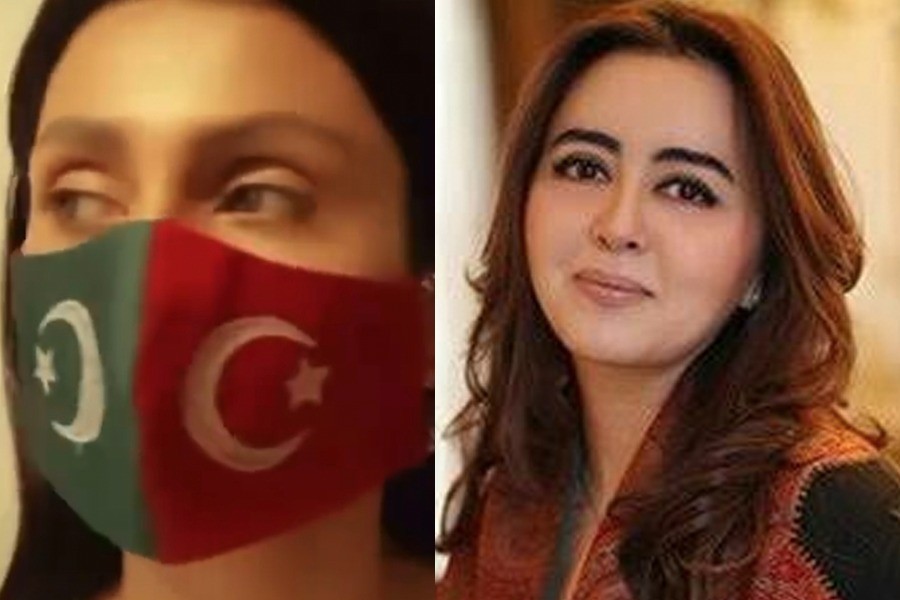 Maria B is yet again gearing up for her Lawn Collection for this year. Instead of one, two or more Mega Stars will become the face of the Lawn’21 Campaign. The designer from Lahore revealed later on Sunday on Instagram that her chosen celebrity from Pakistan is Ayeza Khan. We had already suspected it as the star was spotted donning a mask that Maria B was earlier seen wearing on social media featuring Turkish and Pakistani flags.

In a video captioned, “Let us end all the guessing as we show you a sneak peek of Pakistan’s much-adored sweetheart Ayeza Khan uniting with Maria B in Turkey! 🇵🇰🇹🇷@ayezakhan.ak@_mariab_fatimab_ #PakistanxMariaBxTurkey #Lawn21#MariaB#UnitingCultures “we see Ayeza Khan joining Maria B at a hotel in Istanbul. The two look excited for the cross-cultural collaboration between Pakistan and Turkey. Have a look:

While the Pakistani star has been revealed to the audience, the Turkish Mega Star/Stars have not yet been announced. This is not the first time Maria B. is collaborating with Turkish stars. In 2020, Maria B. roped actress Selcun Hatun as the face of her Linen campaign. Fans are guessing that maybe this time Maria B’s Lawn collections’ face might as well be Esra Bilgic. Who knows? We have to wait and see what the designer has to offer.

Maria B and the team had planned out an exciting giveaway for fans who would guess which stars will become the collection’s face. So many people entered the giveaway by guessing and 5 participants picked by the designer and the starlet randomly won wonderful surprises.

Maria B and Ayeza Khan announce the winners together LIVE from Turkey!🇵🇰🇹🇷 @_mariab_fatimab_ @ayezakhan.ak #UnitingCultures We are overwhelmed by all the entries and are grateful to all those who participated in our GUESS THE MEGASTARS giveaway, but there can only be 5 winners!

The designer has been on the move and has been seen exploring the city of Istanbul for now until the shoot begins. Her daughter has been also spotted tagging along with her to this work trip

Veteran Pakistani Film Star, Neelo Begum Dies at 80, Condolences Poured in from all Over Pakistan