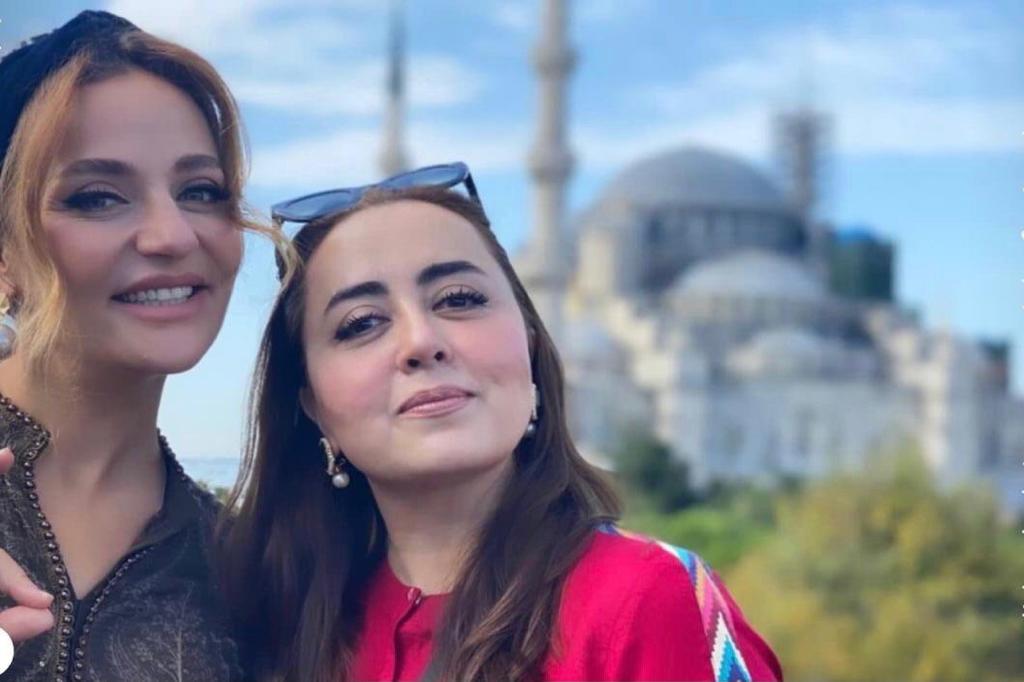 One of the top designers of Pakistan, Maria. B, who is currently travelling, has recently posted an interesting video from Turkey. In the video she reveals how she has roped in one of the exceptional actresses from the female cast of Ertugrul drama to be the face of her Winter Linen Campaign and we are ecstatic!

Can you guess who it is? It’s Didem Balcin aka Selcan Hatun.

The designer has been on the move for a while now- exploring the northern areas with her family, launching the Maria.B affordable jwellery line featuring Ehd-e-Wafa’s Alizeh Shah and working on her winter line.

In her video last night Maria.B said, “I am at Hagia Sophia where I even prayed right now and it was such a wonderful experience. I want people to guess which actress from the Ertugrul drama will be the face of Maria.B’s winter collection”.

Guess the face of Maria.B Linen Campaign from Ertugrul Cast to win an exciting prize. *Criteria to participate: Reply your answer in the comments below. 6 lucky winner will be chosen. #GuesstheStar #MariaBxErtugrul #Ertugrul #MariaBmeetsTeamErtugrul #TravelWithMariaB #MariaBlovesTurkey 🇹🇷🇵🇰 #MariaBlinen

She even went on to reveal how the actress isn’t only beautiful but has exceptional acting skills! It’s someone who we hate in the beginning of the show, but fall in love with later on as the show progresses. Who did you think it was?
Maria.B wanted fans to engage in the competition on her page- whoever guessed it right, will be winning an exciting prize. 8 lucky winners will be chosen.

Guess the face of Maria.B Linen Campaign from Ertugrul Cast to win an exciting prize. *Criteria to participate: Reply your answer in the comments below. 8 Lucky winners will be chosen. #GuesstheStar #MariaBxErtugrul #Ertugrul #MariaBmeetsTeamErtugrul #TravelWithMariaB #MariaBlovesTurkey 🇹🇷🇵🇰 #MariaBlinen

The news is big! And her 3.1 million followers thought so too. As soon as the video was posted, the fans went crazy with excitement, guessing the name of the actress. Some believed it was Esra, the others thought it was Gokce, but many thought it is Selcan Hatun and that’s what we thought too.

Since Maria says the face of the Maria.B linen collection is someone we hate in the beginning but adore later on, it was easy to guess that it will be Selcan. The official announcement was made today and shooting has begun!

We are all so excited! Are you? Share your comments below.

Beechtree Sale 2020 Leads to Buying Frenzy Among Women Despite COVID!