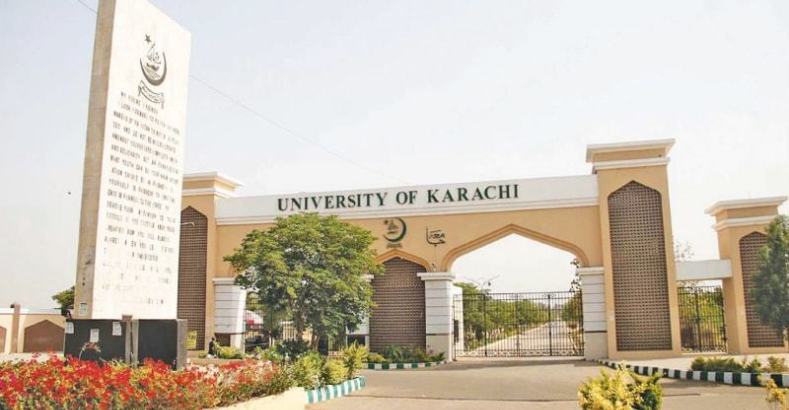 The University of Karachi is under fire for a recent harassment issue that occurred on the night of October 5th 2020, Wednesday. Two IBA students were harassed by a group of men on motorbikes. According to Samaa news, the harassers have found to be the sons of staff members who live on the campus.

Latest updates are that a group of 8 men have been arrested by the police, reports Samaa News.

At 11.30 pm on Wednesday night, a student named Shaheer Ali was dropping a female friend back to the IBA hostel along with another female friend. On way back, while still within the university premises, the car was followed by almost 10 boys between the ages 15 to 25, on bikes. They surrounded the car and insisted on letting the girl out of the car.  They kept pounding on the window and kept shouting and intimidating them.

However, the boy stood his ground, and while shaken and traumatized, he accelerated the car and reached the main gate where guards are stationed.

He then posted on social media about the harrowing incident and requested IBA admin and staff to take note and cooperate. He wanted every girl to be safe and highlight how the KU campus is not at all safe for any of them.

According to the reports, the varsity has been investigating the matter internally initially and no one, neither admin nor the students, had approached the police until a few hours ago.

Latest update is that the (KU) syndicate has ordered evacuation of 40 bungalows in the varsity’s residential area. These bungalows have been occupied illegally by retired teachers and other staffer members for years now; in case of non-compliance, strict action will be taken against them.

Dr. Moiz, the security adviser who is heading the investigation revealed that 10 men had been identified earlier who seemed to be involved in this incident. These boys are all minors and are staff members’ sons who reside within the KU premises.

After a thorough investigation, 8 of these boys have been handed over to the police, reports Samaa News. The matter will be investigated further, and strict actions will be taken.

#Karachiuniversityisnotsafe#Usman
The (KU) syndicate has ordered the evacuation of 40 bungalows in the varsity’s residential area, which had been illegally occupied by retired teachers and other staffers, saying that strict action will be taken in case of non-compliance. pic.twitter.com/tfrT927AOh

The motorway incident has already shaken the entire nation and it seems like the frequency of such incidents have only increased since then. There is a sense of fear amongst the public while every girl is scared to travel alone, even during the day.

This harrowing incident hits home and the social media is shook. Here is what the Netizens have to say about it.

This so scary what's are going on in our country 💔
Ya Allah Reham .#Karachiuniversityisnotsafe pic.twitter.com/vWvfYq15tP

Two IBA students escaped an incident which could've been another almost possible motorway incident. Hope the designated authorities takes actions against this SOON! + KU is a freakin jungle there should be STREET LIGHTS and A GOOD NUMBER OF SECURITY!!#Karachiuniversityisnotsafe pic.twitter.com/IaS1AmuiEW

Please look into this matter… Please 🙏
Karachi University Is the largest university of Pakistan… Pay some attention!
Street Lights on Roads are Must.
Security. And Identification of those entering the University premises on main gate.#Karachiuniversityisnotsafe pic.twitter.com/3DChD3uEHU

They escaped .the girls saved themselves from monsters . Should I be worried going to university?Am I safe there ? #HangRapistpublicly #karachiuniversityisnotsafe pic.twitter.com/PHShHu2DkY

We want KU to take immediate strict action against the recent incident. It could've been worse. It could've have been really bad, God forbid.
Dont let it slide easily.

We need to get the hashtag to trending for officials to take this seriously. #KarachiUniversityIsNotSafe pic.twitter.com/Yl0v5gOHIi

Even Waqar Zaka tweeted about the incident:

So many tagging in IBA issue, I request untill the survivors don't*allow please don't post any info related to female. I wonder rangers are usually there, jamati keep an eye on non Islamic activities, who else is usually there? #KarachiUniversityIsNotSafe

Since the incident did not occur on IBA premises, it will be investigated by KU security and the Rangers only, while IBA administration will keep following up on it.

Syra Yousuf is the New Face of Oppo F17 Pro, the Sleekest Phone of 2020

Here’s Why Dananeer’s Latest Video is Raising a...