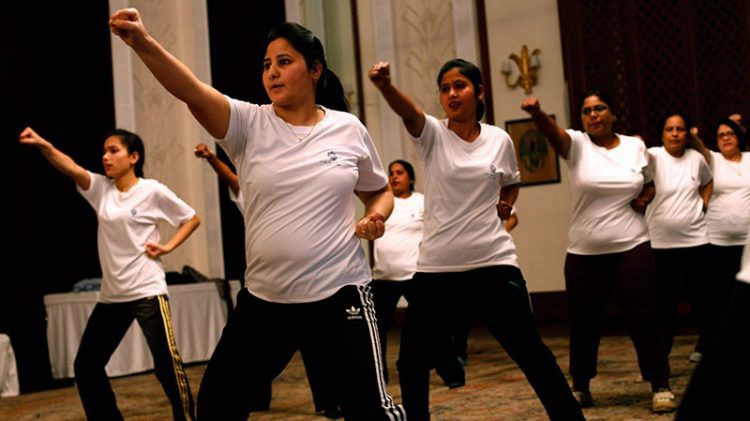 On Friday, Islamabad Police announced a ‘Self Defense Course For Women”. The course has been set up in the light of recent sexual harassment, violence, and assault cases increasing in the country.

In Islamabad alone, the case of Usman Mirza and Noor Mukadam has sent shock waves across the country. Following that, the 14th August Minar-e-Pakistan assault case was also comprehended as horrific. It is evident that women in the country aren’t safe in public or even private spaces, and hence, measures need to be taken by the ruling authorities to diminish such heinous crimes.

The news of the course was announced on Twitter. The Islamabad Police in a tweet said,  “Islamabad Police Is All Set To Start “𝐒𝐞𝐥𝐟 𝐃𝐞𝐟𝐞𝐧𝐬𝐞 𝐂𝐨𝐮𝐫𝐬𝐞 𝐅𝐨𝐫 𝐖𝐨𝐦𝐞𝐧” Empower yourself by learning combat skills, weapon handling, defensive driving, and much more because we believe in stronger YOU!”

If you wish to apply for this course, you can do so by downloading the Admission Form in the tweet below. The duration of the course is  1 month, from the 4th of October to the 4th of November

Islamabad Police Is All Set To Start "𝐒𝐞𝐥𝐟 𝐃𝐞𝐟𝐞𝐧𝐬𝐞 𝐂𝐨𝐮𝐫𝐬𝐞 𝐅𝐨𝐫 𝐖𝐨𝐦𝐞𝐧"
Empower yourself by learning combat skills, weapon handling, defensive driving and much more because we believe in stronger YOU!

Indeed, this is a great initiative taken by ICT Police. One that is need of the hour.

Police officer Amna Baig, from Islamabad, who was also actively involved in Usman Mirza and Noor Mukadam’s case urged women in Islamabad to join the course. She wrote on Twitter, “Ladies, register for our self-defense course!”

While the efforts being made in the capital as commendable, “we need similar courses across Pakistan.”

A user said, “This is real Women Empowerment and I support it!”

This is real #WomenEmpowerment and I support it 💯

Till such time that men unlearn toxic masculinity, forego social 'norms' of feudal patriarchy and attain control over base sexual desires, women should be encouraged to learn self defense. Preparedness punctures paranoia. https://t.co/CuxXyTi1st

I all all women in Islamabad to participate. https://t.co/V0OsSiiDbY

This. A brilliant initiative from @ICT_Police Ladies, please register and empower yourselves! https://t.co/CubhkwBVJ2

Someone suggested that First Aid and Situational Awarness must also be included in this course.

Interesting course being offered for women in our beautiful capital. Although i’m not a fan of “weapon handling” courses as you need serious range time to become proficient, also @ICT_Police should include first aid and situational awareness. #Safety #IslamabadPolice https://t.co/K3OPcpgNtC

The first look of Kubra Khan and Sajal Aly for Sinf-e-Aahan, an upcoming women empowerment drama in collaboration with ISPR is out now. In pictures making rounds on social media, Aly and Khan seem to have been clicked of what looks like while shooting for the drama. So it isn’t an official reveal.