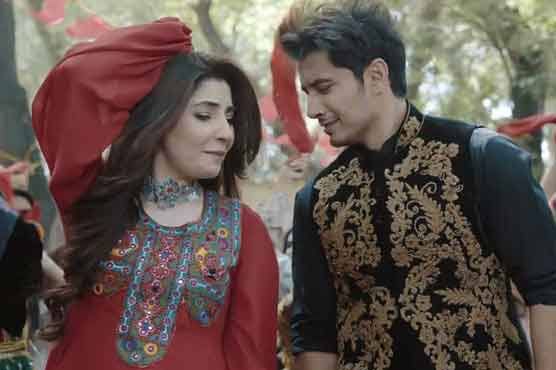 The group has come together for a remake of the famous Pashto song Larsha Peshawar. In 2012, singer Humayun Khan recreated the same song for Coke Studio Season 5.  As soon as the song was released on 22nd September on YouTube, just before Pukhtun cultural day, it began to circulate online for its catchy tune and started trending as #1 for music in Pakistan yesterday.

Pakhtun culture is native to Afghanistan and the land of northwestern Pakistan. It is based on Pashtunwali – an ancient way of life. Pakhtun’s speak the Pashto language and dress up in special Pakhtun dresses. The Pashtun culture day is celebrated on the 23rd of September every year.

Ali posted a message for his fans on his social media platforms. He said, “My message for my Pakhtun brothers and sisters. Hello to all my Pukhtun fans. I’ve made this song Larsha Pekhawar ta for my beautiful pakhtun fans. I hope you love it.” He added, “My humble tribute to a great people with one of the most vibrant, honorable, and powerful cultures in the world.”

Check out the Music Video Below:

The video of the song has also been produced by the star, Ali Zafar himself. The song is “dedicated to Pashtun brothers and sisters.” It is “a tribute to their vibrant culture, values, and most of all bravery.” The music video features Pakhtun culture, dances, wardrobes, and beautiful locations from the North of Pakistan.

In the past, Ali has also produced songs in other regional languages, such as Balochi folk song Laila O Laiba featuring 12-year-old Urooj Fatima and Allay in Sindhi featuring Abid Brohi and Urooj. Both of these songs became popular pretty quickly and were a great success, just as his latest song Larsha Peshawar.

Renowned popstar Ali Zafar has released a new single on the 6th of September when all Pakistanis celebrate Defence Day and pay tribute to warriors in air, sea, and land who protect us day and night. However, Ali’s latest song, ‘Mein Ura,’ is dedicated to the warriors in the air this Defence Day. The singer posted teasers on the weekend and finally released his track on YouTube.

Have something to add? Did you like Ali Zafar’s latest song? Let us know in the comment section below.