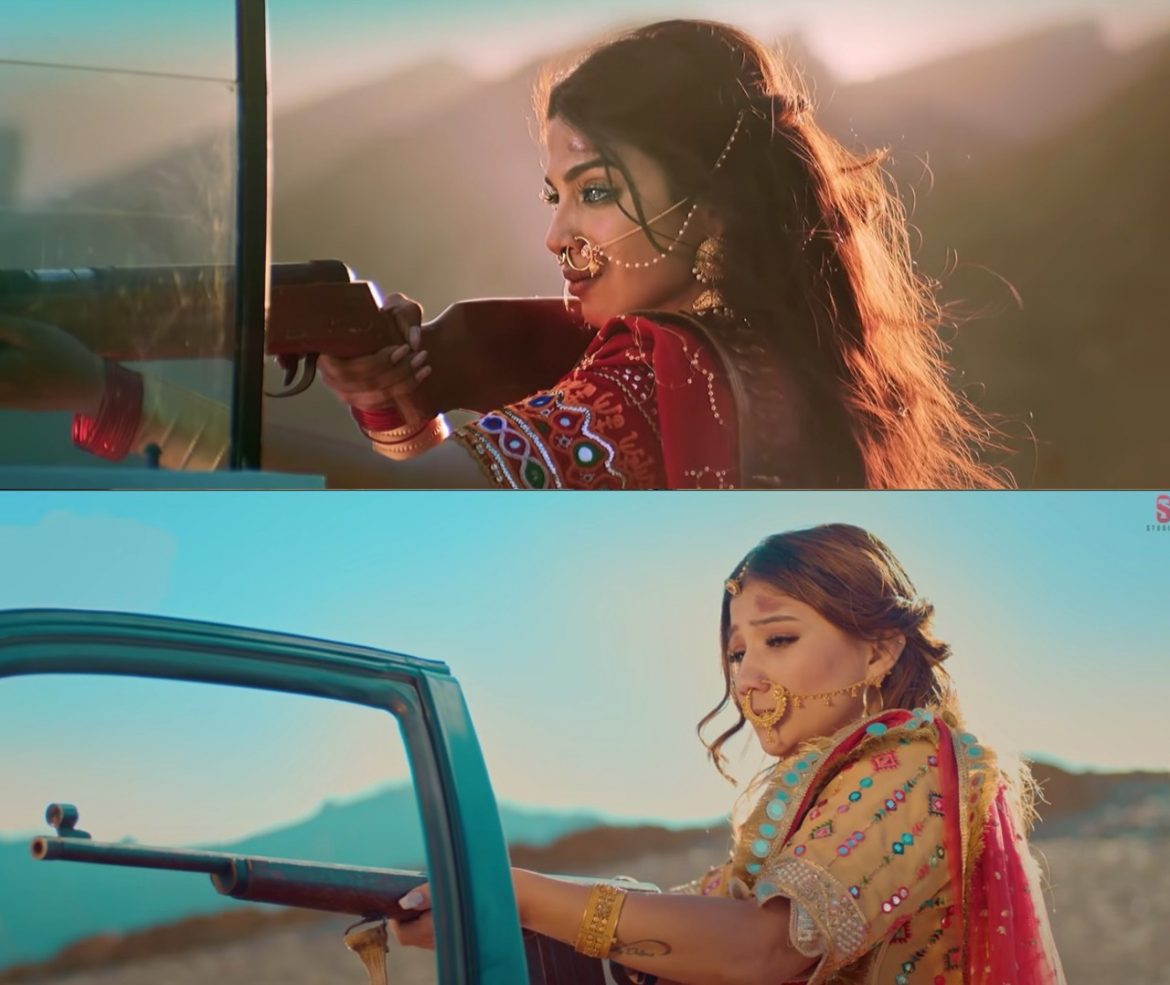 Indian singer, Brham Darya’s Mood Happy premiered on YouTube on September 4. The music video for the song produced by Sajjan Duhan is a rip of a Pakistani music video for Shani Arshad’s ‘Ki Jana’, directed by renowned director, Nabeel Qureshi.

We often witness creatives in the industry justify their work as ‘inspiration’. However, if someone watched both the videos released one year apart, s/he would instantly spot the similarities between and understand that the final product is not a result of inspiration merely. The resemblance between the two is uncanny and can’t be ignored. 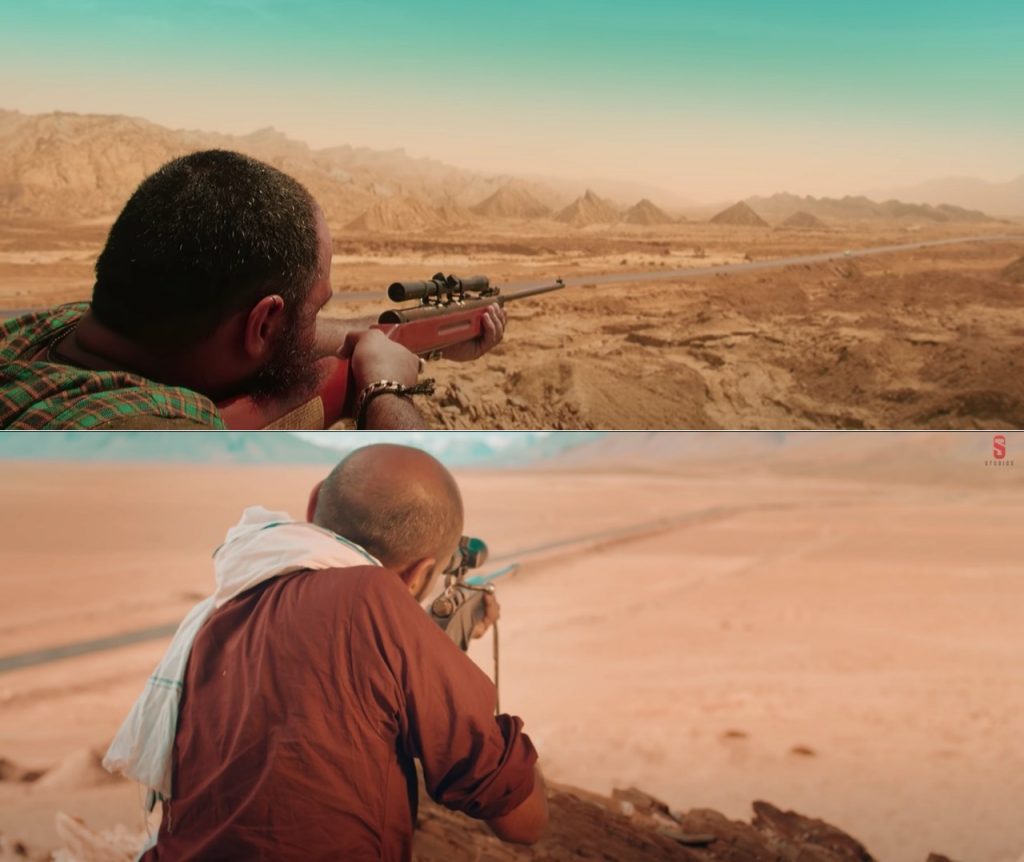 The director of the Indian music video (whose name is not mentioned in the description of the music video) most likely prepared a storyboard that copied shots frame by frame which is evident in the images taken from both music videos.

From wardrobe to location – a lot of aspects were replicated off the bat. However, the storyline of the two was slightly different. All in all, it revolved around a couple who married each other after falling in love without the permission of the girls family. While on their journey, the male members of the girls family assigned a hitman to kill the two. 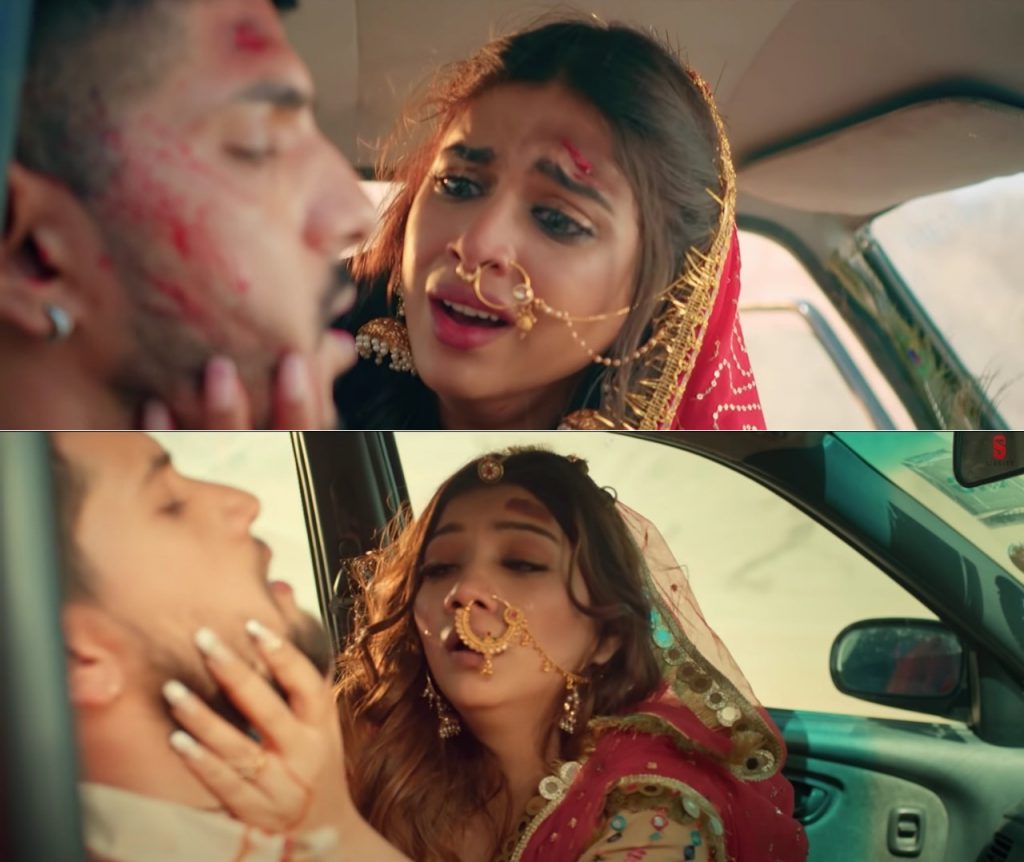 In both videos, a shot fired from a distance by a hitman kills the boy driving the car which eventually crashes on the roadside. 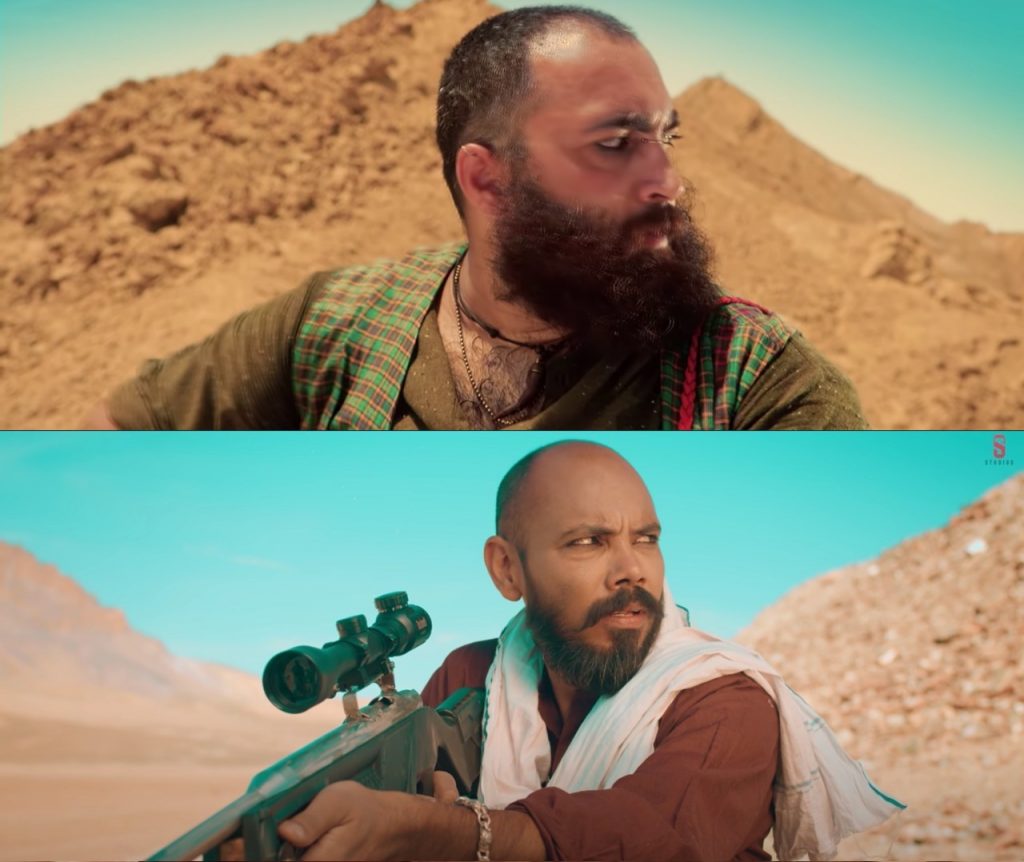 Other than the wardrobe, the movement of supporting characters and lead characters was also captured exactly the same way.

The girl in disbelief covered in the blood gets off the car while the male family members walk towards the car. 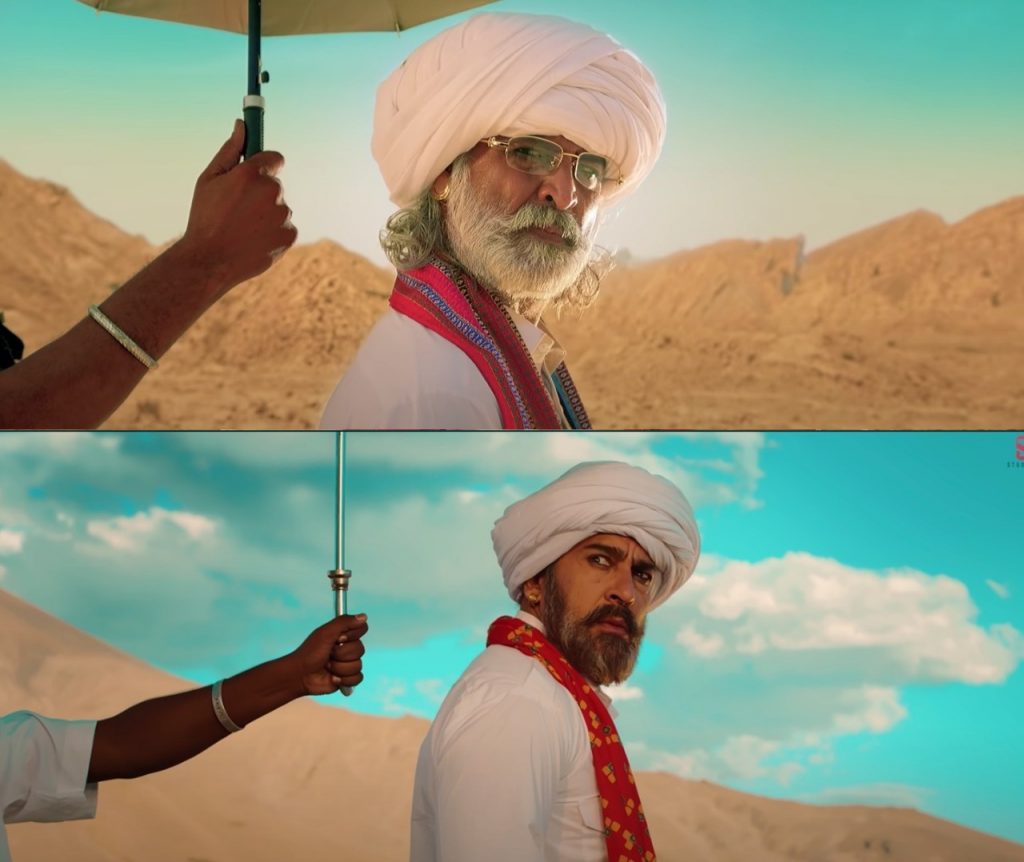 Much to their surprise, the girl survived the crash and had planned to take revenge on her dead lover. The shots of the two actresses holding the gun towards the male members of the family spark great similarity between the two videos. 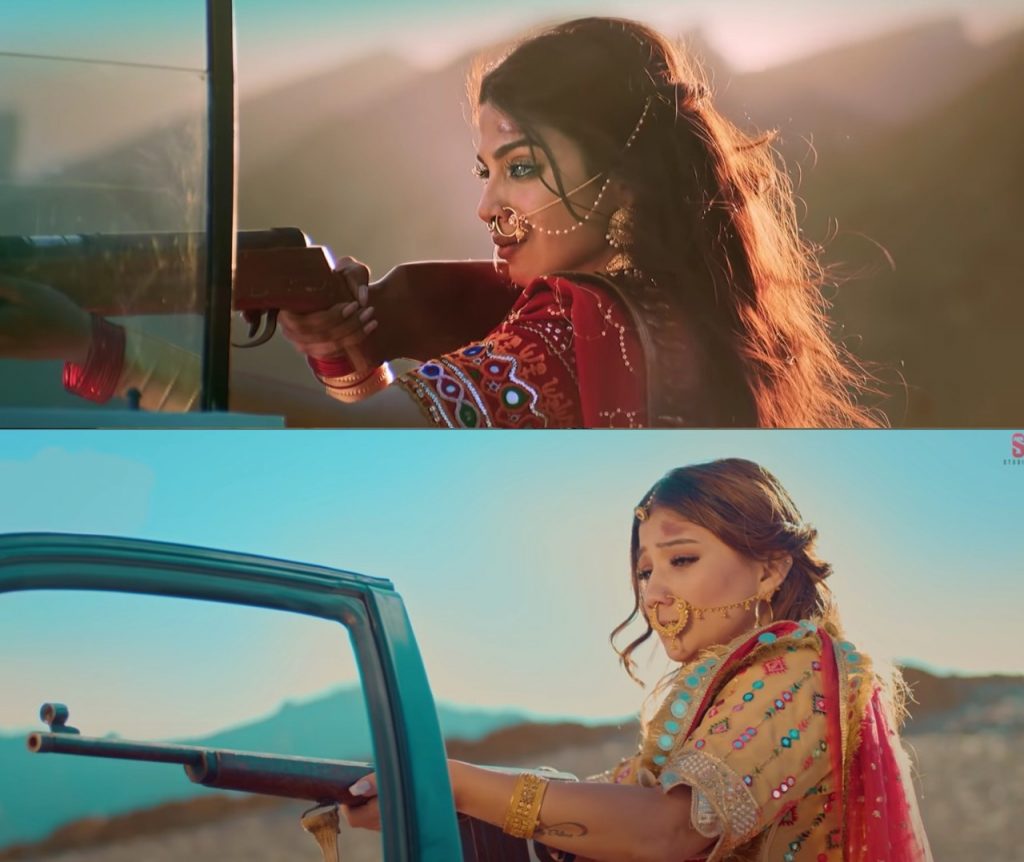 In the end, we see a male member of the girls family and her with guns pointing at each other. Another shot that reflects how heavily the music video is plagiarized. 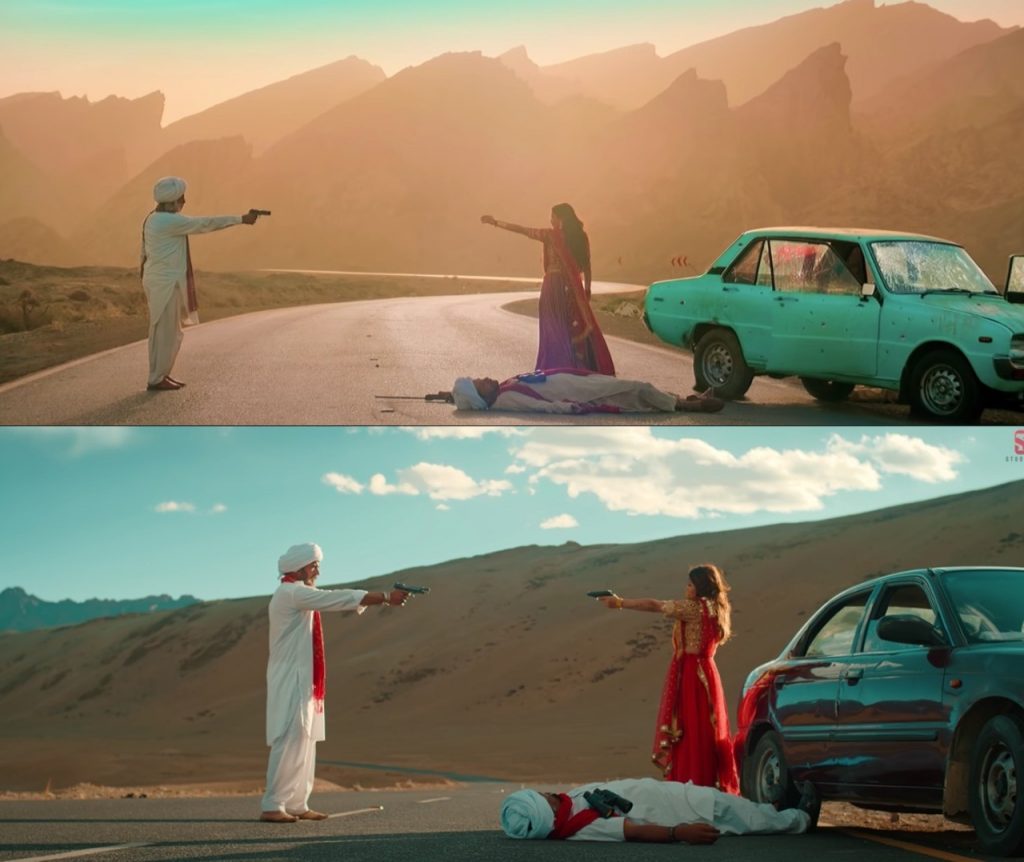 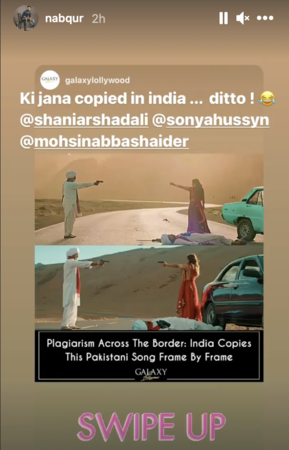 Check out the full music video for Mood Happy below:

To compare the two, view Ki Jana music video below:

In Pakistan, we sometimes come across TVCs/DVCs that are very similar to one another.  At times creatives at agencies have taken inspiration from either local or global ads, but, in the process, some cross the line, and it seems as though the concept and execution are plagiarised. Frame to frame copy-paste is straight-up plagiarism and unethical.