Saturday, June 25 2022
Top Posts
5 Tips to Keep Your Hair Sweat-Free During...
Fawad Khan to Make Debut in Ms Marvel...
“Women Can Accomplish Anything They Set Their Mind...
TikTok Releases First Album of Viral Hits
Mehwish Hayat Makes Her Debut as a Djinn...
‘Girls are No Less Than Boys’ Says Pakistani...
Punjab Government to Provide Scooties to All Female...
Is Akshay Kumar’s Upcoming Film ‘Raksha Bandhan’ a...
On This World Music Day, Spotify Celebrates K-Pop...
5 Pakistanis Nominated For TC Candler’s ‘The 100...
Entertainment 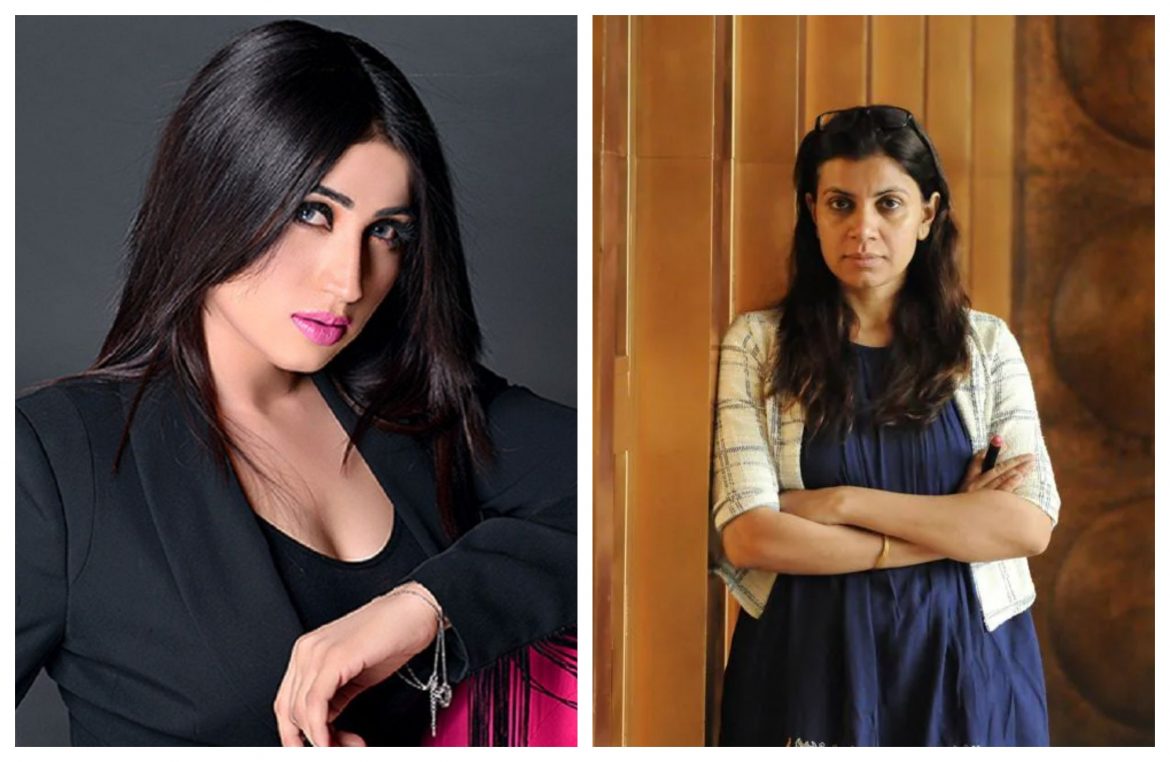 In 2016, Qandeel, whose real name was Fauzia Azeem, also known as “Pakistan’s Kim Kardashian” and “Pakistan’s first social media star had, shot to fame on social media after posting videos and pictures of her, which many would suggest were shameful and immoral. The same year her brother strangled her in her sleep and confessed in front of the press that he had no choice but to murder her because of her indecent behaviour.

The news was revealed ahead of Cannes Film Market that Indian screenwriter Alankrita Shrivastava, producers Vikas Sharma and Sunny Khanna had acquired the rights to the book “The Sensational Life and Death of Qandeel Baloch,” by Sanam Maher, published by Aleph.

Speaking to Variety, the filmmaker said, “When Qandeel Baloch was murdered in Pakistan in 2016, I was shaken up. It was a heinous honour killing. I couldn’t stop thinking about her. I started watching Qandeel’s videos repeatedly, and I was fascinated. She was so charming and full of life. A poor girl from a small village who worked her way up to being provocatively famous. She was just 26 when she was killed. And ironically, it’s only after her death that she has been reclaimed as a feminist.”

Vikas Sharma said, “Qandeel’s story needs to be told by a sensitive filmmaker who is passionate about women’s stories, and Alankrita is just the filmmaker for it. And not just because she is an award-winning feminist filmmaker, but because she has so much empathy for her characters. She tells their stories with candor and warmth.”

Khanna added: “Qandeel Baloch’s story is important and relevant. Even today, women often continue to be at risk when they dare to express their individuality and challenge the status quo. I believe the world needs to watch stories like this.”

For Shrivastava, the film is an ode to the ‘courageous spirit’ of the model. By making a film about her life and murder, the story will register in history for others to watch. Shrivastava added, “I hope to piece together the memories of the rebellious, funny and vulnerable young girl whose life was cut short because she shimmered too bright. The film will celebrate her spunk and lust for life by telling her story without judgment, hopefully, the way she would have liked to tell it.”

Shrivastava is known for her feminist films “Lipstick Under My Burkha”, “Dolly Kitty and Those Twinkling Stars” and Netflix series “Bombay Begums.”

After serving less than six years, the brother of social media star Qandeel Baloch has been set free by the Lahore High Court (LHC). In 2016, Qandeel, whose real name was Fauzia Azeem, had shot to fame on social media after posting videos and pictures of her, which many would suggest were shameful and immoral. Her brother strangled her in her sleep and confessed in front of the press that he had no choice but to murder her because of her indecent behaviour.

In the spotlight with Mohib Mirza & Sanam...