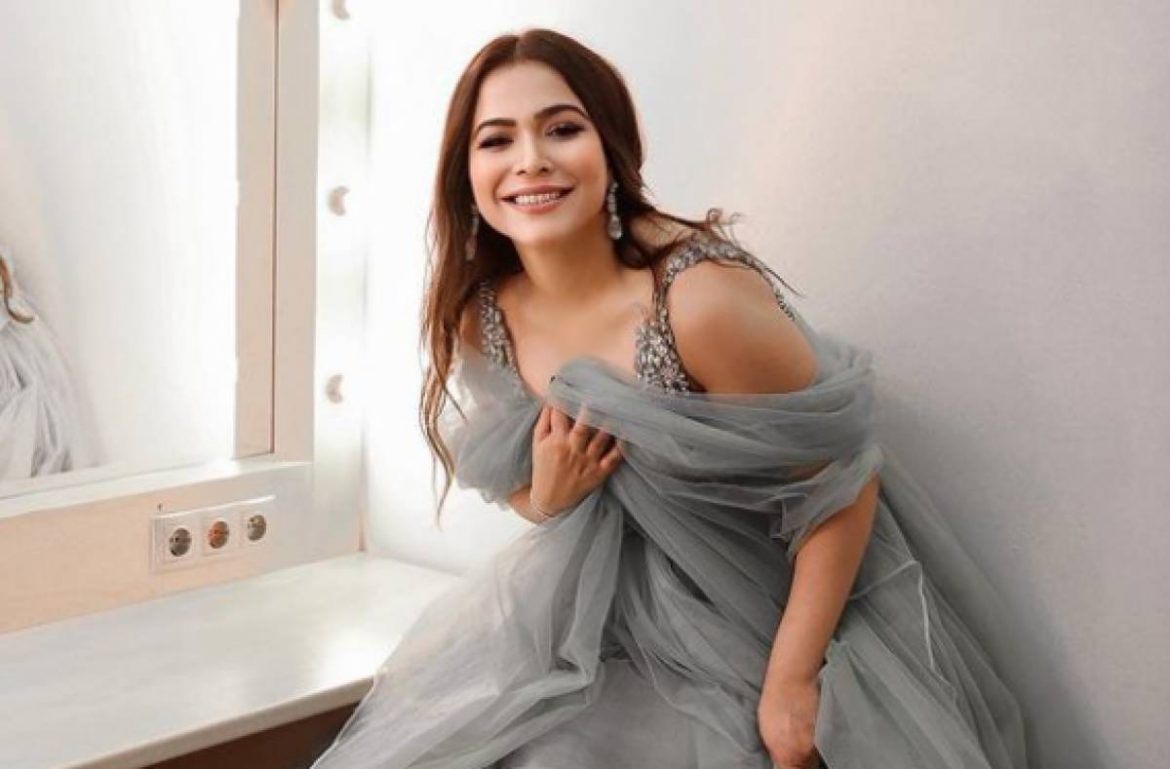 Pakistani actress and model Humaima Malik has threatened fan pages for posting her indecent images. As per Malik, the images that have surfaced have been doctored.

She said in an Instagram story that the star will be forced to take legal action if fan pages do not remove these indecent images immediately. She said, “Some of my pictures have been circulating the internet badly (vulgarly) edited… it’s a shame how people can do this. I request those fan pages to take them down NOW before I take legal action.” 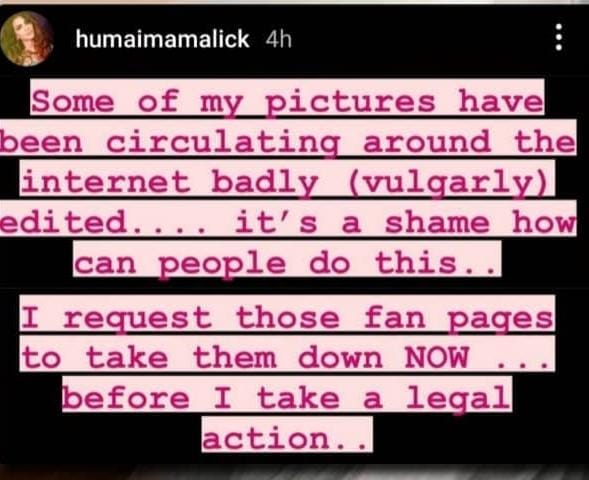 Just a few days ago, Malik was in Istanbul, Turkey, for IPPA awards. There, she suffered an appendix rupture and appealed to her fans to pray for her quick recovery.  The actress took it to her Instagram handle to inform her fans and highlight that God gave her a new life after successful appendix surgery.

Humaima Malik and brother Feroze Khan were invited to Ahsan Khan’s talk show, Time out with Ahsan Khan, in June, where the star’s brother raised many eyebrows for openly supporting polygamy.

Ahsan gave a statement to Feroze saying, “Men to abhi bacha tha mujhe itni jaldi shaadi nae karni chaiye thi (I was just a kid I should not have married so early),” to which Feroze replied, “No no, I should have married even sooner. And I feel because you get to learn so much from marriage, and because it’s Sunnah, people should marry more than once.”

Humaima Malik has been part of some questionable Bollywood films earlier in her career. Other than doctored images, many other images from her films still circulate on social media from time to time.

Malik tied the knot with Shamoon Abbasi in 2009. However, the two parted ways within a year.

Feroze Khan has been making headlines for the past month now. At first, he supported Furhad, a toxic character he played in his latest drama serial alongside Iqra Aziz, Khuda aur Mohabbat. Now, he has supported polygamy openly on Ahsan Khan’s talk show, Time out with Ahsan Khan. He was invited alongside his sister, Humaima Malik on the show – both were busy answering questions segment after segment. Then came a point where Feroze left his fans hanging.

How to use Facial Oils in Your Daily Skin Care Routine