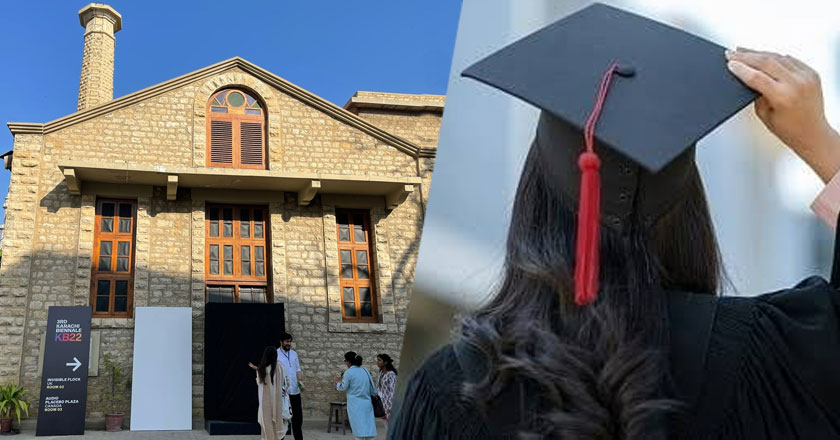 Thirty-year-old Haleema Sarwar, who is visually impaired, received her MS in applied English linguistics at the 31st convocation of the NED University of Engineering and Technology (NDUET) held on Tuesday.

Moreover, Sarwar has officially created history by becoming the first-ever visually impaired student to receive her MS from the renowned university in the past 100 years.

Haleema graduated with her MA in English literature from the University of Karachi in 2014, at which point she began working as a teacher. She was a professor at a number of institutions, including the Ida Rieu College for the Blind and Deaf.

Sarwar shared that when she had first applied,  the varsity administration was a tad bit reluctant to allow her admission because the programme was running only in the evening shift, due to which it would be inconvenient for her to attend regular classes.
“The varsity management was thinking I would not be able to continue my classes. While some teachers and officials of the varsity were also of the view that attending classes in the evening shift would be risky for a female student who was also visually impaired,” she explained.
However, she convinced them that shill will be regular and put in her 100% and will ensure not to put any burden on the management. The varsity allowed her admission on condition that a blood relative would accompany her whenever she came to the varsity.

For the next 4 years, her mother took that responsibility and today, she is a proud mother of a proud daughter who has created a historic moment not only for the university but for everyone.
The course was supposed to be completed in two-and-a-half years but when Haleema had completed her third semester, her father passed away and her mother had to stay at home. “I would have bagged the degree a year ago, but I missed one semester owing to my father’s death,” she said.

She thanked her teachers who supported her studies and encouraged her to pursue higher education. Haleema intends to start her career as a lecturer. She hopes that this time she would secure a good job because she has earned a higher degree.

She is a symbol of hope for everyone. She has proven that if you have willpower and support, you can break all shackles that are holding you back, even if you are handicapped or special otherwise.
We are extremely proud of her and wish her all the best in all her future endeavours.
Stay tuned to WOW360.
English linguistics MS DegreeHaleema SarwarMS DegreeNDUETNED University
0 comment
0
FacebookTwitterPinterestEmail