‘Girls from LUMS, IBA, and BSS want to marry me’: Aamir Liaquat Opens up on Getting Proposals Even Now 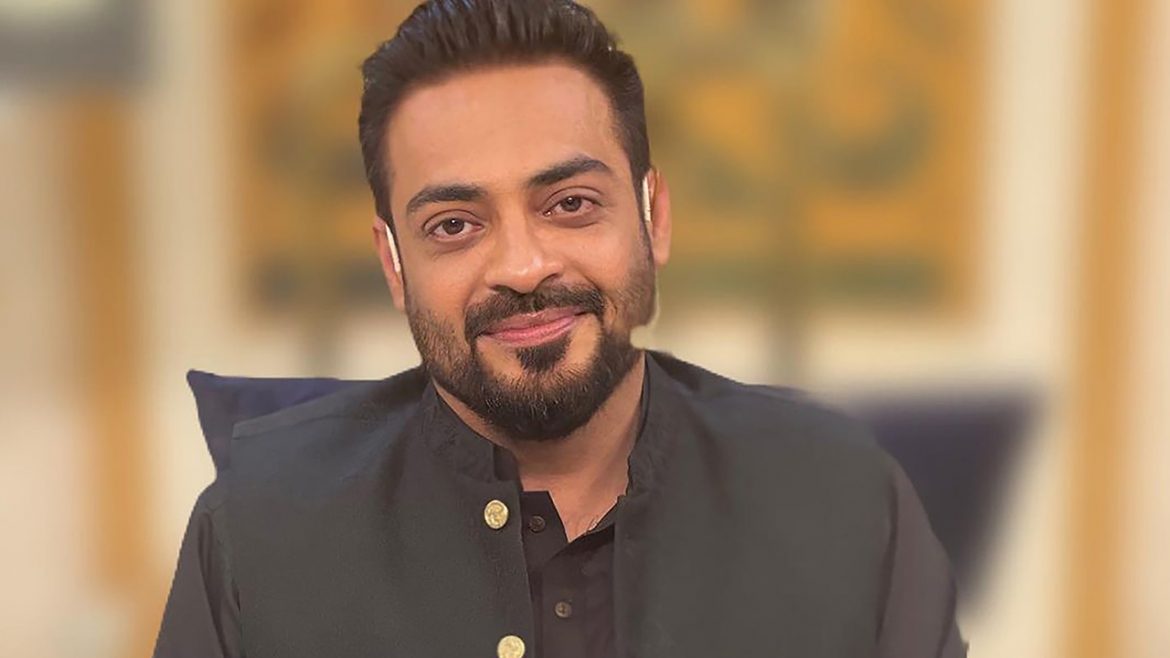 Popular scholar known for hosting Ramadan shows, Aamir Liaquat, has made headlines yet again; this time around, he claims that girls from top institutes of Pakistan, including IBA, LUMS, and BSS, wish to marry him.

Citing reasons why he gets married to young girls, he said, “I marry young girls to save them from the sins of youth. Tiktok and social media have ruined the young girls of today, and I feel it’s my duty as an Islamic scholar to give them a halal man to love and look up to you as a father figure as well.” 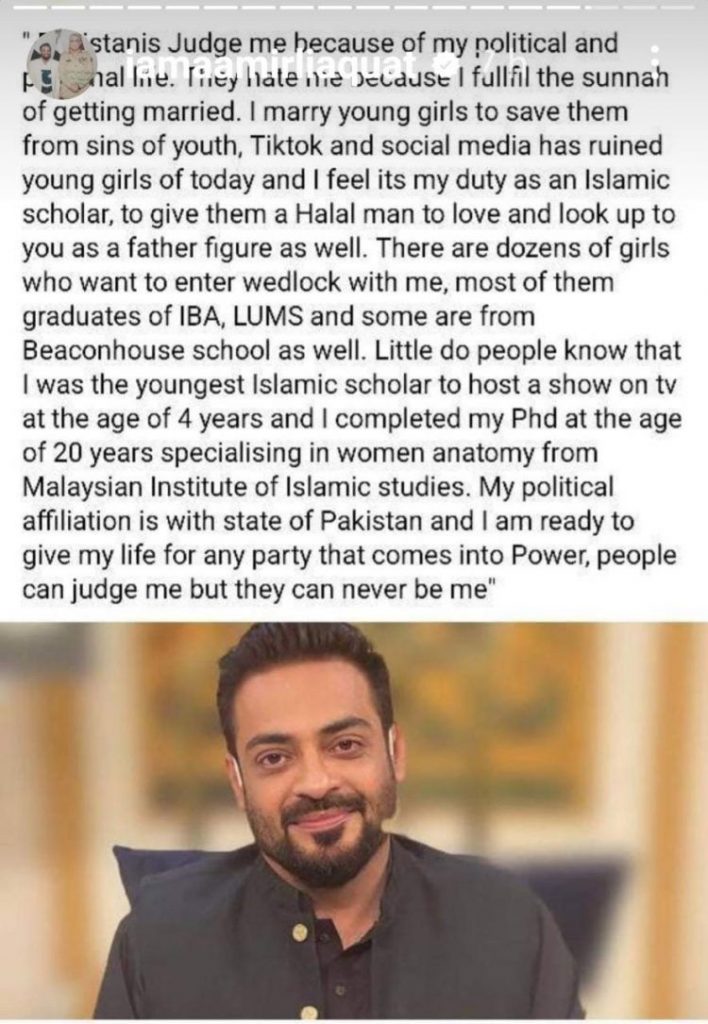 He then claimed, “there are dozens of girls who want to enter wedlock with me, most of them graduates of IBA, LUMS and some are from Beaconhouse school as well.”

He highlighted his achievements over the year, “Little do people know that I was the youngest Islamic scholar to host a show on tv at the age of 4 years, and I completed my Ph.D. at the age of 20 years specializing in women’s anatomy from the Malaysian Institute of Islamic studies.”

Addressing his loyalty to the PTI government, for which he has been receiving flak online, he said, “My political affiliation is with the state of Pakistan, and I am ready to give my life to any party that comes into power, people can judge me, but they can never be me.”

Aamir, who tied the knot for the second time with Syeda Tuba Aamir in 2018, married 18-year-old Syeda Dania Shah this year after separation from his second wife. Their marriage lasted for 4 years. Aamir divorced his first wife, Bushra Aamir, in 2020. It was rumored that he has recently parted ways with his third wife, Dania. However, the couple busted the rumor by clarifying online that they are still together.

PTI MNA Aamir Liaquat has announced the news of his third marriage with 18-Year-Old, Syeda Dania Shah, a day after her second wife, Syeda Tuba Anwar announced she had acquired khula from the court after a separation of 14 months. Liaquat, 49, announced the news on Instagram with a photo of him and his new bride. He captioned the post, “Last night tie a knot with Syeda Dania Shah, 18; she belongs to an honorable Najeeb ut Tarfain “Sadaat” Family of Lodhran, South Punjab, Saraiki lovely, charming, simple and darling.”