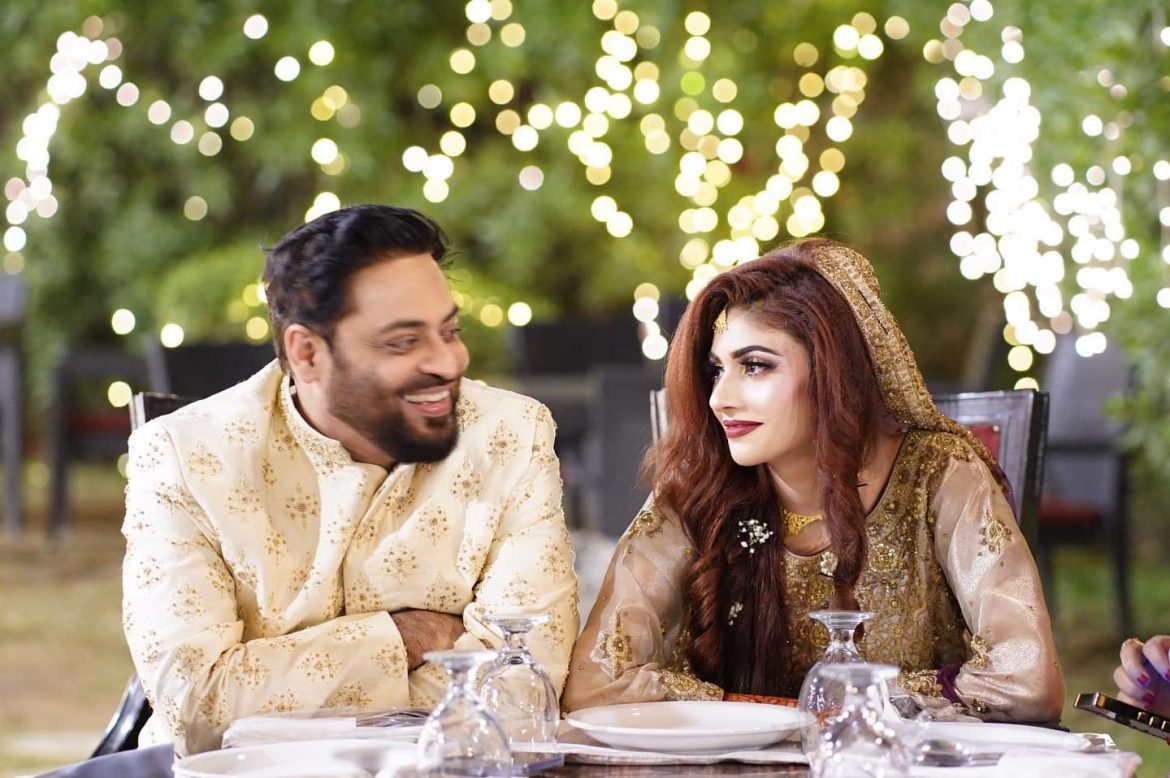 PTI MNA Aamir Liaquat has announced the news of his third marriage with 18-Year-Old, Syeda Dania Shah, a day after her second wife, Syeda Tuba Anwar announced she had acquired khula from the court after a separation of 14 months.

Liaquat, 49, announced the news on Instagram with a photo of him and his new bride. He captioned the post, “Last night tie a knot with, Syeda Dania Shah, 18, she is belong to an honourable Najeeb ut Tarfain “Sadaat” Family of Lodhran, South Punjab, saraiki lovely, charming, simple and darling.”

He then requested well-wishers to pray for their future as he has just passed a dark tunnel, “I would like to request all of my well-wishers, please pray for us, I have just passed the dark tunnel” Hinting at his second marriage, he wrote, he “had taken a wrong turn”.

Following the announcement of his third marriage, Aamir Liaquat also lashed out on media accounts on social media that create rumors about his kids. He wrote, “Do not worry custodians of “Fake Virtual World and Rumour makers” these two gems are my world.”

He then added, “I am father and I know how to love and care of my children . Do not teach me please”.

Just last night, media executive, and Aamir Liaquat’s ex-wife, Syeda Tuba Anwar announced the news of divorce on Instagram. She wrote with a heavy heart that after separation of 14 months, she has finally called it quits and opted for khula from the court as hope for reconciliation was in sight.

She wrote, “With a heavy heart I want to make people aware of a development in my life,” she said. “My close family and friends are aware that after a separation of 14 months, it was evident that there was no hope for reconciliation in sight and I had to opt to take khula from the court.”

As soon as the news broke of Tuba’s divorce from Aamir Liaquat, some internet users blamed her for breaking Liaquat’s first marriage while others blamed Liaquat himself for the clutter.

Aamir Liaquat Blames Modern, Independent Women for the Rise in the Divorce Rate in Pakistan. Read the full story here:

PTI leader and host Aamir Liaquat has once again made it to the headlines. This time around, he has targeted modern, independent women in his latest tweet on the micro-blogging site. He wrote in his tweet, “In one year, 100,000 women approached the courts for khula and more than ten thousand khula degrees were issued!”