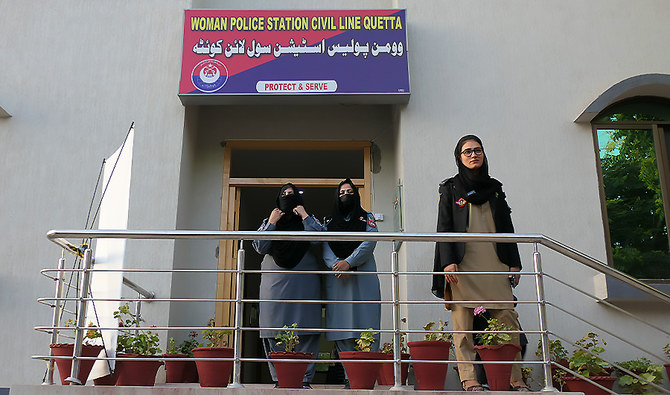 On Wednesday, the first female police station was launched in Pakistan’s southwest. The launch celebrates the first of its kind in the region and hopes that women will have access to justice in this part of the country they have been deprived of for the longest time.

According to reports, 19 female police officers in Quetta are working at the said police station. The officials are hoping that with the beginning of the facility, more women will access police services and file complaints without being hesitant. Earlier, women didn’t feel comfortable or protected taking their complaints to male police officers as complaints ranged from domestic violence to sexual abuse.

Balochistan Inspector General of Police, Muhammad Tahir Raye, told reporters at the inauguration of the station, “Now our women can visit the first Women Smart Police Station anytime without any hesitation, and they will be welcomed and treated well by the women police staff deployed inside the Women Police Station.”

He added, “We have installed a modern digitalized system and trained the female police staff to keep connected the Women Police Station with other Police Station from across the province to receive complaints from every corner of Balochistan.”

Balochistan is a poverty-stricken region in Pakistan; the indicators for growth are worst given the low literacy rate. Less than 27 percent of women are educated. Moreover, cultural and tribal barriers refrained women and girls in the region from seeking help from the police.

Station House Officer Zarghoona Tareen told a well-known publication that the latest police station is nothing less than a  breakthrough for women in the region. He said, “Following cultural and tribal barriers, women in Balochistan were barred from visiting police stations. But now we can shelter them under one roof, and our staff would utilize all efforts to solve their problems immediately”.

Friend-desk officer Fiza Khuda Buksh said, “We are posted here to ensure quick action on complaints registered by women complainants across the province. Now we will be more comfortable working with female staff members under female police officers.”

Balochistan’s first female cop, Pari Gul Tareen, establishes a unique desk to encourage women to report abuse. She has fought against all odds in her province, and finally, last month, she was designated as assistant superintendent of police in Quetta.