Saturday, June 25 2022
Top Posts
5 Tips to Keep Your Hair Sweat-Free During...
Fawad Khan to Make Debut in Ms Marvel...
“Women Can Accomplish Anything They Set Their Mind...
TikTok Releases First Album of Viral Hits
Mehwish Hayat Makes Her Debut as a Djinn...
‘Girls are No Less Than Boys’ Says Pakistani...
Punjab Government to Provide Scooties to All Female...
Is Akshay Kumar’s Upcoming Film ‘Raksha Bandhan’ a...
On This World Music Day, Spotify Celebrates K-Pop...
5 Pakistanis Nominated For TC Candler’s ‘The 100...
CultureTrailblazer 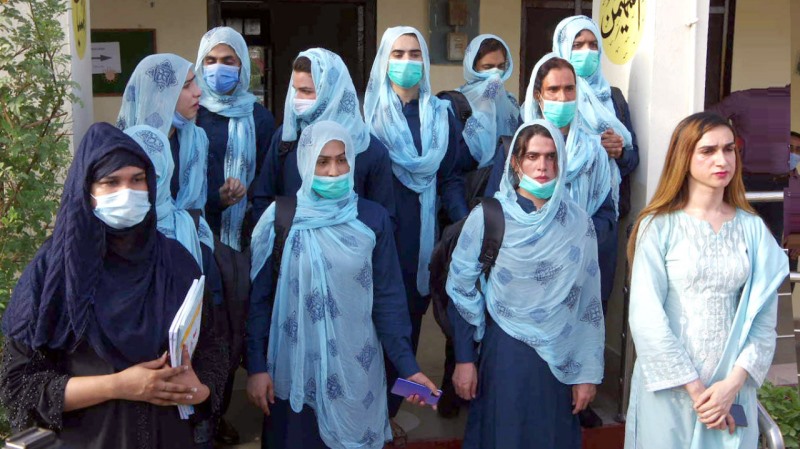 On Thursday, July 8th, transgender people from Multan were able to attend their first class at a school in the Gulgasht area. The school is a pilot project and is established under “Transeducation”.

The building was inaugurated by the Punjab government. It is located in the Government Girls Comprehensive Higher Secondary School. According to South Punjab Education Secretary Dr. Ehtesham Anwar, up till now, 18 trans students have been registered in the school in its first phase.

Class timings: The school doesn’t run during usual school hours. Instead, classes are held from 4 pm to 6 pm.

Like all schools, this school is also divided into groups: primary, elementary, secondary, and higher secondary. Trans students have been provided with school items that include course books and uniforms. To further facilitate this marginalized group, the government has also provided pick and drop services to students.

Anwar added, “In the next phase, we will introduce a vocational training program for them which will include hairdressing, makeup, tailoring, and cooking courses.” While educating trans individuals, it is also important that they learn skills in order to be able to earn a decent livelihood in the future.

In Pakistan, the trans community is finally getting its due recognition. They are finally proving to be hard-working citizens and continuously aiming to increase their quality of life. The educated individuals from the community are hired to teach students, volunteer teachers, etc.  Following the project in Multan, reportedly, similar projects will be launched in the near future.

Despite the 2018 Transgender Persons (Protection of Rights) Act passed by the parliament, transgender people in Pakistan are still victims of sexual abuse, harassment, and discrimination at the hands of the local police and the public. Almost every day, trans is being mistreated in some part of the country because of lacking stringent laws that protect their rights.