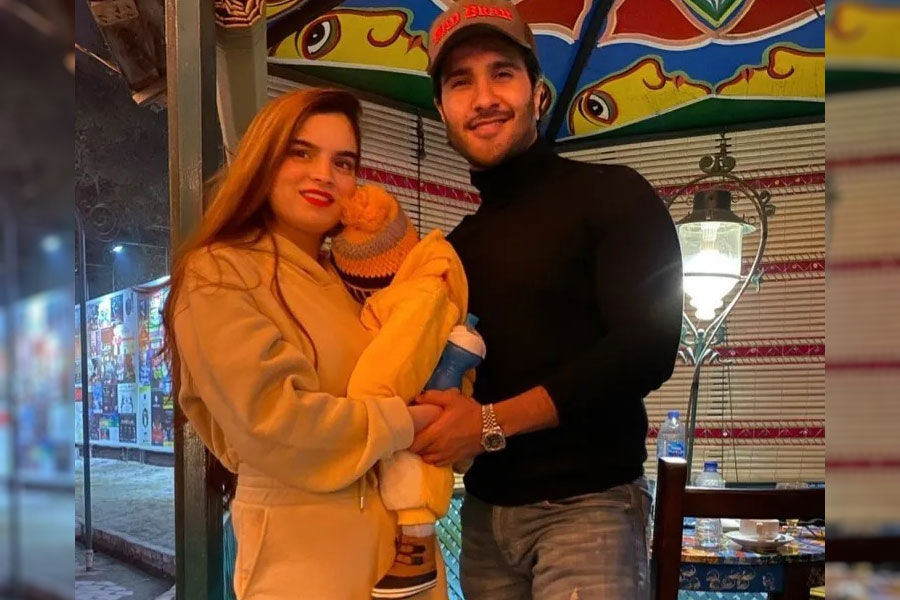 Feroze Khan and Syeda Aliza’s divorce has been a topic of interest for some time now.

It all started when Aliza made an alleged claim that Feroze was a toxic and abusive husband and has even held a gun to her head, and now for the sake of her children, she has decided to separate.

“Our marriage of four years was utter chaos. In addition to continuous physical and psychological violence during this period, I had to endure infidelity, blackmailing and degradation at my husband’s hands. After careful consideration, I have reached the sad conclusion that I cannot spend my whole life in this horrific manner. The welfare and well-being of my children have played a significant role in this decision. I do not want them to grow up in a toxic, unhealthy and violent household. I’m afraid that their mental development and approach to life would be negatively impacted by exposure to such a hostile environment. No kid should ever have to grow up feeling violence to be a normal part of relationships. I would rather teach them that no wounds are too deep to be healed, no scars too shameful to be concealed at the cost of one’s safety.”

Following this, Feroze made a statement, claiming that she is not ‘financially stable’ to raise both children as she has no employment or income. He also filed a petition in family court for custody and visiting rights for his kids.

Feroz Khan’s attorney claims that the woman was not submissive to her husband. He continued by saying that because she is a “careless” woman, the star cannot leave his kids in her care. The actor was granted permission by the court to see his children after the hearing.

However, in the latest developments, Galaxy Lollywood claimed that Aliza requested that Feroze should pay 1 lac per month, for each child. Since her son studies in an expensive private school and her daughter is a newborn, so just her milk and diaper expenditure is unaffordable for her as she doesn’t work. However, Feroze refused to pay the required amount and stated that he can only provide her with twenty thousand for both children, instead of 2 lacs.

This amount is now in discussion in between their lawyers.

Frequent Use of Hair Straightening Chemicals Can Cause Uterine Cancer