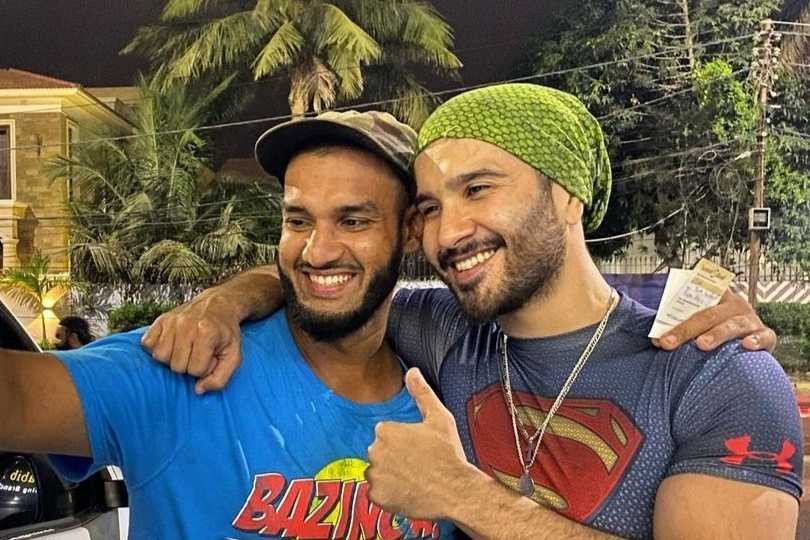 He is the same guy who went viral a few days ago after a local news outlet covered his story. Malik has his bachelor’s degree in aeronautical engineering from China; however, he is based in Karachi. After returning home, he started selling juice due to a lack of employment in the field.

His story touched millions of hearts on social media, and many recognised him for his struggles. As a result, he got a chance to meet Feroze Khan recently. Khan uploaded his picture with him on his Instagram with a heartfelt note that applauded everyone who is currently struggling in their life. He also seems particularly impressed with Abdul Malik because of his charismatic personality and bright, hopeful smile.

He captioned the post, “So I met the engineer that studied aeronautical engineering in China and ended up working on a juice stall here. What a beefed-up guy with a charismatic personality and a bright, hopeful smile. I love such people! I wish all you strugglers out there nothing but the best. The light. The win. The dreams. They are all waiting for you. Go get ‘em! Yours truly, FK.”

Malik is proficient in 5 languages which are Urdu, English, Pushto, Arabic and Chinese. He received his schooling in the United Arab Emirates and later moved to China for his undergraduate. Upon returning home, he interned at the Pakistan Aeronautical Complex Kamra.

After that, he worked as a trainee engineer at the Peshawar Flying Club. But, regardless of his impressive profile and job experience, he could not land a job with a secured salary. Malik thinks the main reason for that is that he doesn’t have any references in the country.

Feroze Khan Has Rejoined the Showbiz Platform but With a Different Purpose this Time. Read the full story here:

Top 5 Local Skin Products You Must Try This Summer