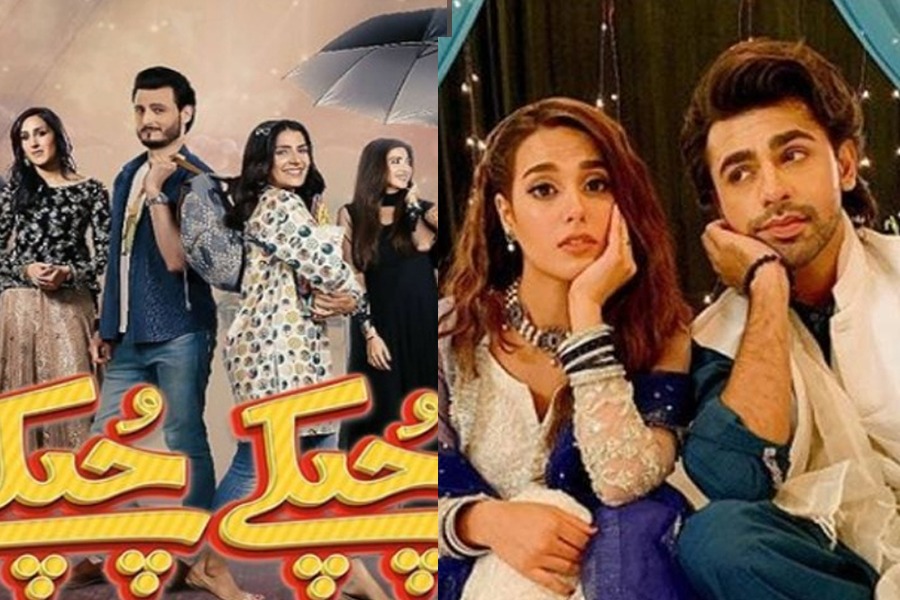 Depressing drama shows and Ramadan shows have ruled local TV as far as I can remember in the month of Ramadan. However, last year, the drama serial Suno Chanda made a fresh entry that was unexpected and overwhelmingly appreciated by fans due to the fun-filled entertainment the romantic comedy had to offer.

Now, this year again, the trend is being revived and taking centre stage with Saima Akram Chaudhry’s Chupke Chupke. The drama serial that has aired its 16 episodes as yet has garnered a great fan following from all walks of life.  The play is aired daily at 9 PM on Hum Tv featuring Osman Khalid Butt, Ayeza Khan, Ali Safina, Mira Sethi,  Asma Abbas, Huma Beg, Arslan Naseer and Aymen Saleem.

While some love the show immensely and are binge-watching it on YouTube because it reminds them of Suno Chanda from last year, others haven’t yet approved it as one of their favourites.

Here is What Fans Have to Say on Twitter:

Suno Chanda was definitely a masterpiece, and some are re-watching the show this time around.

I am watching Chupke Chupke from the 1st Episode but still, I didn't find 1% Vibe Of Suno Chanda 🙁 Suno Chanda was the Masterpiece!#ChupkeChupke #SunoChanda

Chupke Chupke hasn’t made its way to everyone’s hearts as yet; however, people who do not watch local drama’s around the year have started appreciating the Ramadan drama.

Let's start this hashtag of #Sunochanda instead of #ChupkeChupke , suno chanda had a class no over acting, no fake marketing. They won our hearts with their hard work and everyone's character was unique, WE MISS YOU SUNO CHANDA

Both the shows are romantic comedies and are Ramadan shows, so naturally, Chupke Chupke heavily reminds fans of Suno Chanda from last year.

Move on! Both of them are quite different shows, says a fan

People need to stop comparing Suno Chanda and Chupke Chupke. Both were quite different shows. Leads in sc were funny, were loud and in cc feenu are soft and cute. Nevertheless I loved sc and now I love cc and there’s no way I’m missing sc please it was a show and so is cc move on

Maybe Suno Chanda is on top of the list, but that doesn’t mean Chupke Chupke is any bad

Why are Suno Chanda fans getting so riled up 😂 arrey khatam hogya bhai Arjiya lived happily ever after move on now its Feenu Hashi era. 🙏

After “suno Chanda” now
“Chupkey chupkey” is a mood booster.🤍😭

We disagree! Both the shows are great

The stereotype for the Pakistani drama industry has usually turned out to portray women as weak, victim of abuse and dependent. However, over the course of time, there have been many dramas that have portrayed strong female characters that stick out like a sour thumb.