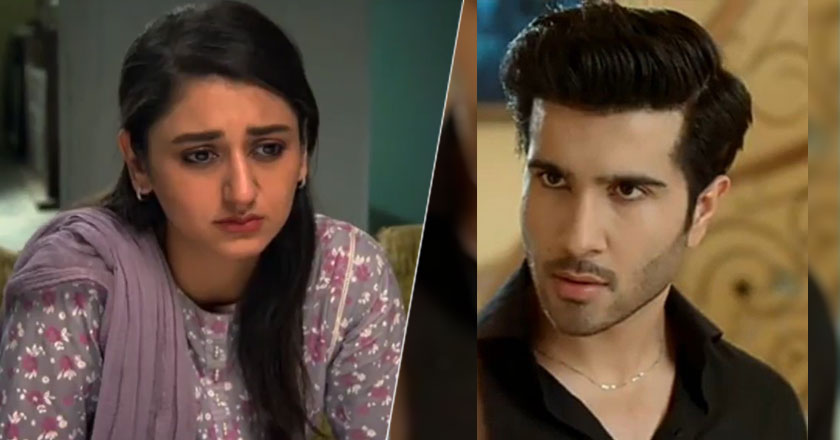 Feroze Khan has become the talk of the town after his wife (soon-to-be ex-wife) Aliza Sultan submitted evidence of domestic violence in court.

Since then, many celebrities and netizens have called him out for raising his hands on Aliza and schooled him. Moreover, Khan took to social media to clarify that he had done no such thing after the internet buzzed with the images.

During this fiasco, drama serial Habs actress Dania Enwer also took to social media to describe her experience of working with Khan.

She stated that her fans have asked her often about her experience, and she usually ignored to answer, but she felt that now is the correct time to reply. Enwer shared that Khan is a very difficult person to work with.

He has made unpleasant, degrading remarks on women in general, which were extremely hard to cope with. Moreover, she mentions that the last day of the shoot was the most painful (but doesn’t mention further details).

I hope all the fans who kept asking me ‘please tell us how was your experience…’ many reasons why I didn’t respond. I never knew him before this project but while working, it was unpleasent, degrogatory remarks on women in general were not easy to cope with. My last day of shoot with him was the most painful to deal with.

Strength to Aliza and the kids, to Aliza’s family. 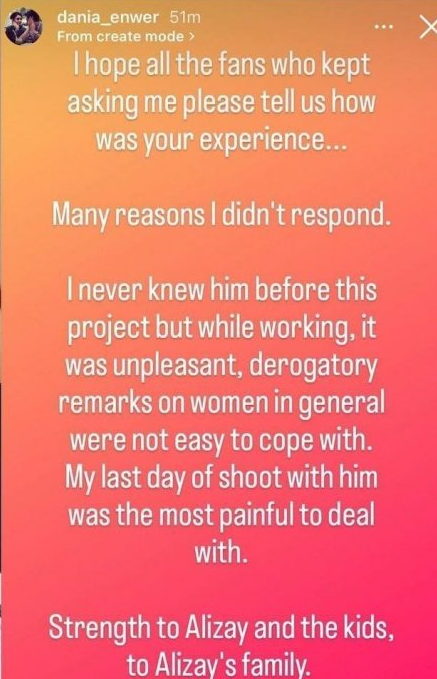 Habs director Musaddiq Malek also shared his two cents on the matter, moreover, he also requested the audience to keep the art (drama) separated from the artist (Feroze Khan0 and continue to show their support.

Click on the link below to see how other celebs in the fraternity reacted to the news:

What are your two cents on the entire situation? Share your thoughts with us in the comments below.

Noor Bukhari Claims to be Victim of Attempted Murder