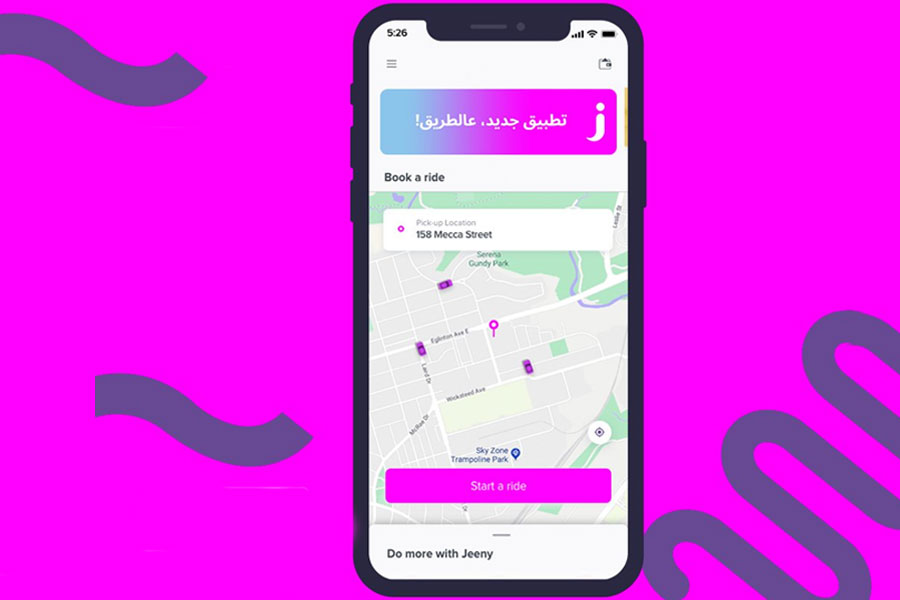 Yet again, another ride-hailing service is reportedly gearing up to enter Pakistan and give tough competition to service giants Careem & Uber. Middle-Eastern service named ‘Jeeny‘is all set to launch operations.

Not too long ago, inDriver, a Russian app that allows travellers to commute by offering the fare of choice,w without having to worry about peak charges or waiting for charges, took over Pakistan in no time.

Many users switched from Careem and Uber mainly because of the high charges these services offered. Reportedly, Jeeny will set up the main office in Lahore and then Karachi.

Jeeny is a Middle East-based mobile application that hosts multiple services to ease daily consumer needs such as transportation, integrated wallet top-up transactions, mobility, and on-demand with a wallet that spans all services together.

It is a joint venture between MEIG (Middle East Internet Group) – Rocket Internet and IMENA with its head office in Riyadh, offering services in other cities including Khobar, Amman, Madinah, Jedah, and Dammam. Moreover, for those who didn’t know formerly Jeeny was known as ‘Easy Taxi’ and was launched in Jordan and Saudi Arabia back in 2014.

Nonetheless, we have yet to see how Careem/Uber manage to win their customers back after services like inDriver have been dominating the market with spot-on fares and marketing. We also have to see how Jeeny manages to keep up with the existing competition.

What do you think? Share your thoughts with us in the comments below.

4 Antioxidants That Your Skin Needs if you Live in Pakistan!