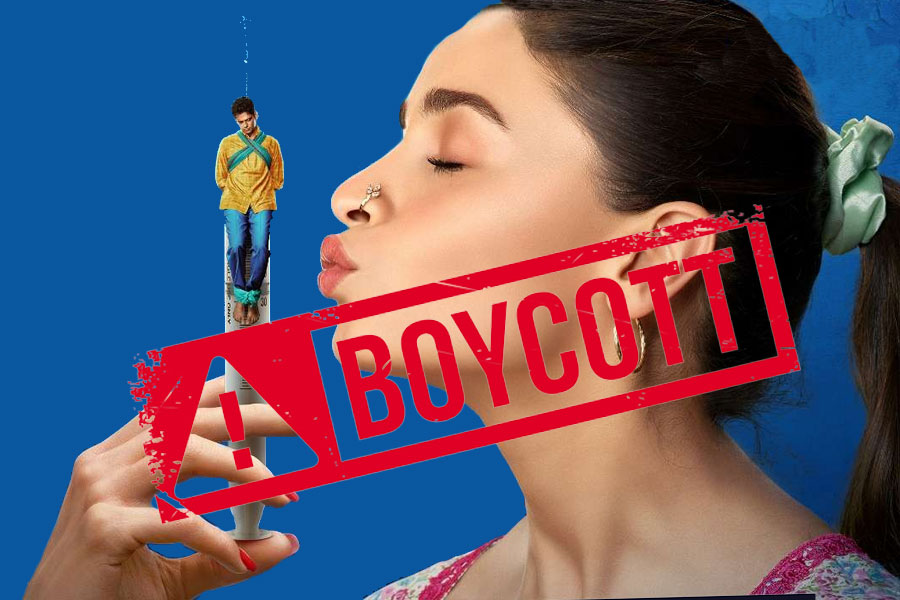 After Aamir Khan’s ‘Laal Singh Chadda’, netizens are now calling for a ban on Alia Bhatt’s upcoming film titled ‘Darlings’. Reportedly, fans are angry that the superstar is promoting a film which openly advertises domestic violence.

Moreover, ‘Darlings’ is Bhatt’s debut film as a producer. She co-produced the title with Shah Rukh and Gauri Khan’s Red Chillies Entertainment, which is set to release on Netflix today (5th August).

Bhatt’s character in different teaser clips is seen torturing her on-screen husband Vijay Varma. Twitter users are now calling her out asking what if the roles were reversed, and the husband was torturing his wife instead, would Bollywood still go ahead with such a movie?

‘Believe all victims, regardless of genders’

#BoycottAliaBhatt who is endorsing DV on Men.

Imagine if the genders were reversed! pic.twitter.com/OK4EDAe3pS

Results of doing this
👇👇👇👇 pic.twitter.com/zisEdoYBAf

As if being a Nepo kid wasn't enough, she produced and acted in a Movie that makes Fun of Male Victims of Domestic Violence.

With so much bias against Male Victims, this movie fuels it by saying:

"Male Victims of DV must have done something to deserve it"#BoycottAliaBhatt pic.twitter.com/QkmLvaXsbl

Here’s how to identify toxic femininity traits..👇 #DarlingsOnNetflix (#AliaBhatt first film as producer) shamelessly preaches husband torture on the name of dark humour. So #BoycottAliaBhatt for life and devote your life on positive things pic.twitter.com/SW9rvqkMHE

Will Netflix shelf the film? Or will Alia release a statement in favour of it? Stay tuned to WOW360 to find out.

Women Drivers are Less Likely to be Involved in Car Crashes: Study