Sunday, June 26 2022
Top Posts
4 Antioxidants That Your Skin Needs if you...
5 Ways to Prevent Ovarian Cysts in Women
3 Lassi Recipes to Beat the Heat in...
3 DIY Hotpot Recipes You Can Make at...
5 Tips to Keep Your Hair Sweat-Free During...
Fawad Khan to Make Debut in Ms Marvel...
“Women Can Accomplish Anything They Set Their Mind...
TikTok Releases First Album of Viral Hits
Mehwish Hayat Makes Her Debut as a Djinn...
‘Girls are No Less Than Boys’ Says Pakistani...
Food

Biting into the ‘3 Naan’ Obsession that has Taken Over Pakistan 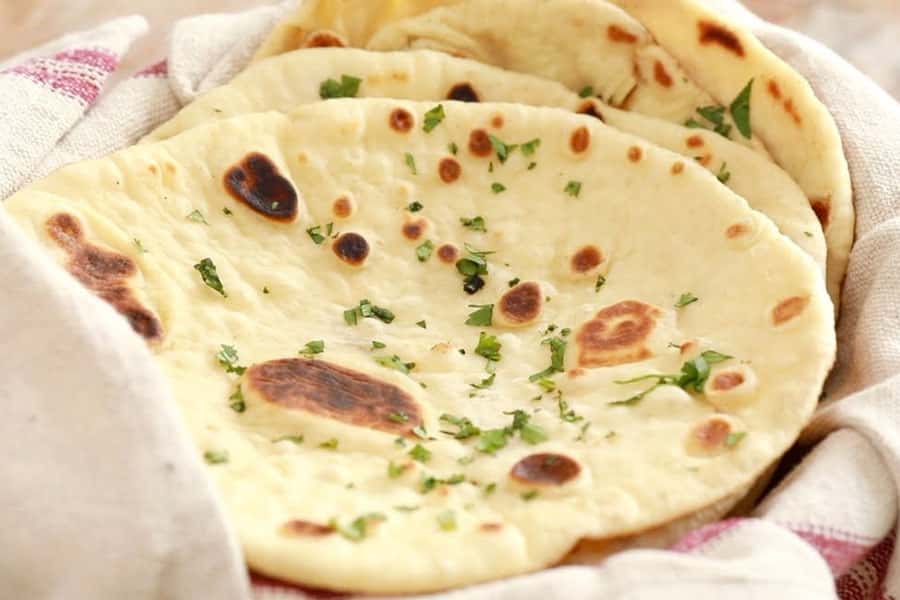 Trends come and go. Pakistan has had its fair share of trends that have placed the people behind them on the map, starting from ‘Chai Wala‘ Arshad Khan, to “Pawri Horahi Hai‘ famed influencer Dananeer Mobeen, and of course, how can we forget ‘GRAPE!’. A new viral trend has recently made it to the list –  ‘3 naan’.

Just like the name suggests, it’s about… you guessed it, 3 naan!

Although at this point, no one knows where the trend originally came from and who is the mastermind behind its virality, it has already gained a massive following! So much so, Twitteratis took it to social media to share their own theories as to what the naans represent and where the trend initially started from, and possibly why it did.

We came across a few tweets that have us laughing at the edge of our seats. One of the best ones we came across was from Shazy Jee who claims that everything started back on 7th March 2020 when he had messaged the foodpanda rider asking. No Naan? 3 Naan!

Another tweeter shared what they claim to be a summary of the trend in just a few messages. We can see that the person on the other hand has a keen sense of humour and was probably born with an extra funny bone!

Me: Going to start working out now. Going on a full on diet. No more unhealthy food, only fruits and vegetables. Diet diet diet.

Well… Muhammad Ali Abbas thinks Gen Z is a goner, what about your thoughts?

3 naan #3naan I swear…. Gen Z your humour and you as a society are freaking doomed.

Man, this one here stole the words right out of our mouths!

#3naan tu theek ha par can you make it 3 garlic naans at least?

Nonetheless, Twitter thinks it has found the origin of the naans, a video of a girl asking her classmates ‘3 naan?’ has been circulating, and is being termed as the source of the unusual trend.

Do you know what started this trend? Moreover, do you think the trend is worth the hype and traction it is receiving on social media? Share your thoughts with us in the comments!

Stay tuned to WOW360 for all the latest news and updates in Pakistan and internationally.